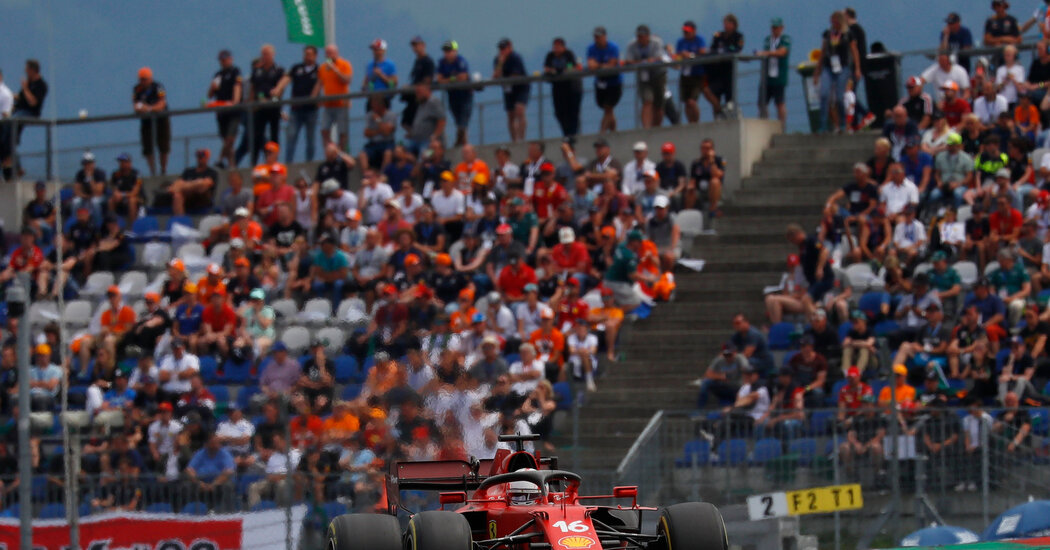 Formula 1 is trying something different. During the British Grand Prix, the sport is experimenting with a new system to add more excitement to Grand Prix weekends and attract new fans.

It will be a 62-mile race, being called the sprint, one-third the distance of the race on Sunday, with no pit stops.

The traditional qualifying has been moved to Friday, which will determine the lineup on the grid for the sprint. The result of the shorter race will decide pole position and the order of the other cars starting the Grand Prix. Drivers who perform well in the sprint will be closer to the front.

Ross Brawn, managing director of motorsports, said the 20 drivers would be engaged.

“I have said this before, but I think racing drivers will race each other in a supermarket car park with shopping trolleys,” he said. “It is their nature to want to beat each other. There is nothing worse for them than to be beaten by somebody.

“You could argue the sprint is only the precursor to the main event, the Grand Prix, but I think they will be desperate to beat each other and show who is the fastest.”

Brawn said the idea had come from Chase Carey, the former chief executive of Liberty Media Corporation, the owners of Formula 1.

“There has also been growing engagement on social media, with perhaps a different audience, and we were seeing from the ‘Drive to Survive’ series a newer group of fans that are enthusiastic about Formula 1,” Brawn said, referring to the Netflix show.

“We looked at how we might increase our content and how we might engage with fans who want their Formula 1 in a shorter bite,” Brawn said. “That is where we eventually ended up with the concept of the sprint.”

The British Grand Prix is the first of three events that will be testing the sprint. The Italian Grand Prix and either the United States or São Paulo Grand Prix will stage the others.

The top three drivers will score points toward the drivers’ championship, three for first, two for second and one for third.

“The point was made, and we have to understand, we can’t diminish the nonsprint races,” he said.

“They still have to be a great success, a great weekend.”

Brawn said several factors, including the nature of the track, the strength of the race’s live audience and whether the event would be enhanced by the sprint, would determine which races will include the new event.

“In my own mind, and this is an unofficial view, something like half a dozen events next year would be a nice step to where we are now,” he said.

“I don’t think we’d want to go to a complete season of sprint racing that quickly, but let’s see how we get on this season.”

Jean Todt, president of the Fédération Internationale de l’Automobile, the sport’s governing body, is opposed to the sprint.

“But on the other side, if people want to try something, it’s not going to hurt the race on Sunday. It will be a different way of having a starting grid on Sunday. So it costs nothing to try.”

Sebastian Vettel, an Aston Martin driver who won four titles from 2010 to 2013 with Red Bull, is skeptical.

“It makes the weekend a bit more intense,” he said. “You have less time to prepare; you have got to come up with your final setup very quickly after you have just hit the track. But it has got to be the same for everyone, and obviously, we will find out how it feels, if we like it and the people like it and what it might bring to the weekend.”

Brawn can understand the opposition, but said Formula 1 had to try new initiatives to captivate its diverse audience.

“I sympathize,” he said. “They enjoy the formula of a Grand Prix weekend, and they like to see qualifying leading to the grid. I would just ask the traditionalists to keep an open mind and wait and see if they enjoy it.

“We will never force this through if it’s clearly not a success. There’s no incentive in doing it if we don’t see a strong engagement from the fans and we don’t see the benefits.”

Lewis Hamilton of Mercedes is happy that Formula 1 is trying something new. “I’ve always said that we need to have some sort of different format at certain races during the year,” he said.

“So I like they are open-minded and making changes. I think from those experimental kinds of weekends, hopefully, the sport will learn what and how we can deploy better races going forwards.”

Charles Leclerc of Ferrari said he was fine with the sprint, as long as it did not devalue the Sunday race.

“But to have a sprint race might be interesting, and we will see also the cars being pushed to the max from the first lap to the last lap, which will be nice for us drivers,” he said.

Brawn said Formula 1 would “look at other initiatives” if the sprint did not work, but he was optimistic.

“I think it will be a very good event, a great race and the drivers will go for it,” he said.

“Do we think they are going to have a different mind-set going into that first corner because it’s a sprint?” he said, referring to Hamilton and Max Verstappen of Red Bull, who has a 32-point lead over Hamilton in the drivers’ standings. “I don’t think so, somehow, but that is to be established. That is what we need to find out.”