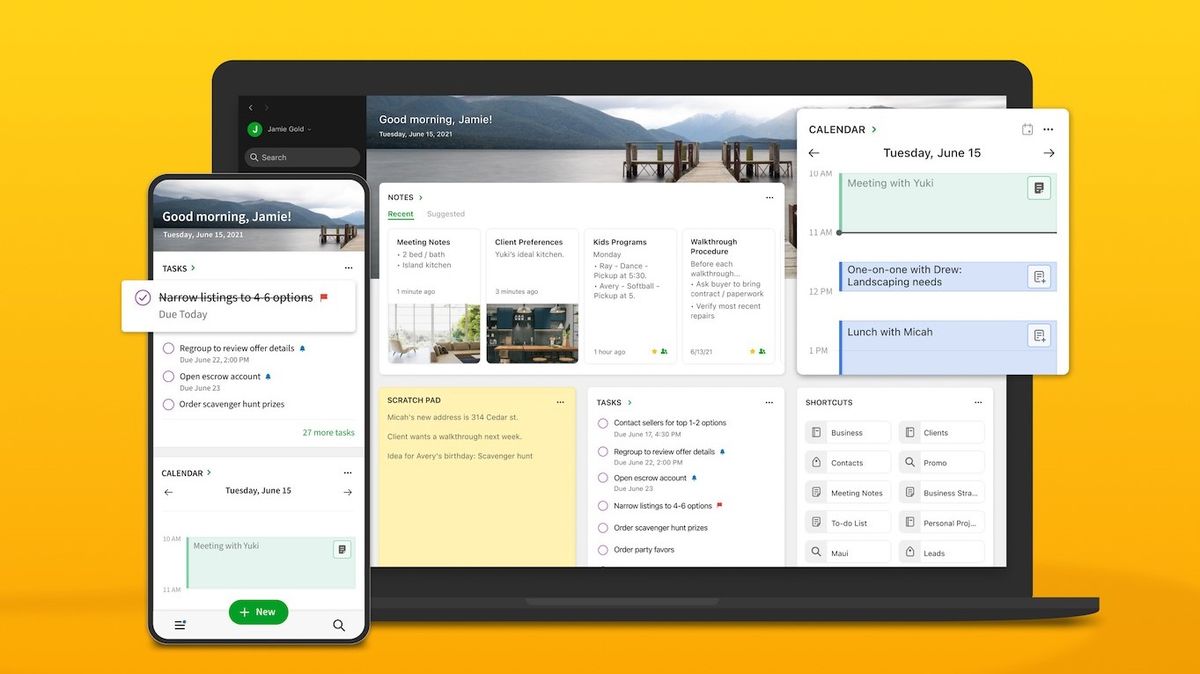 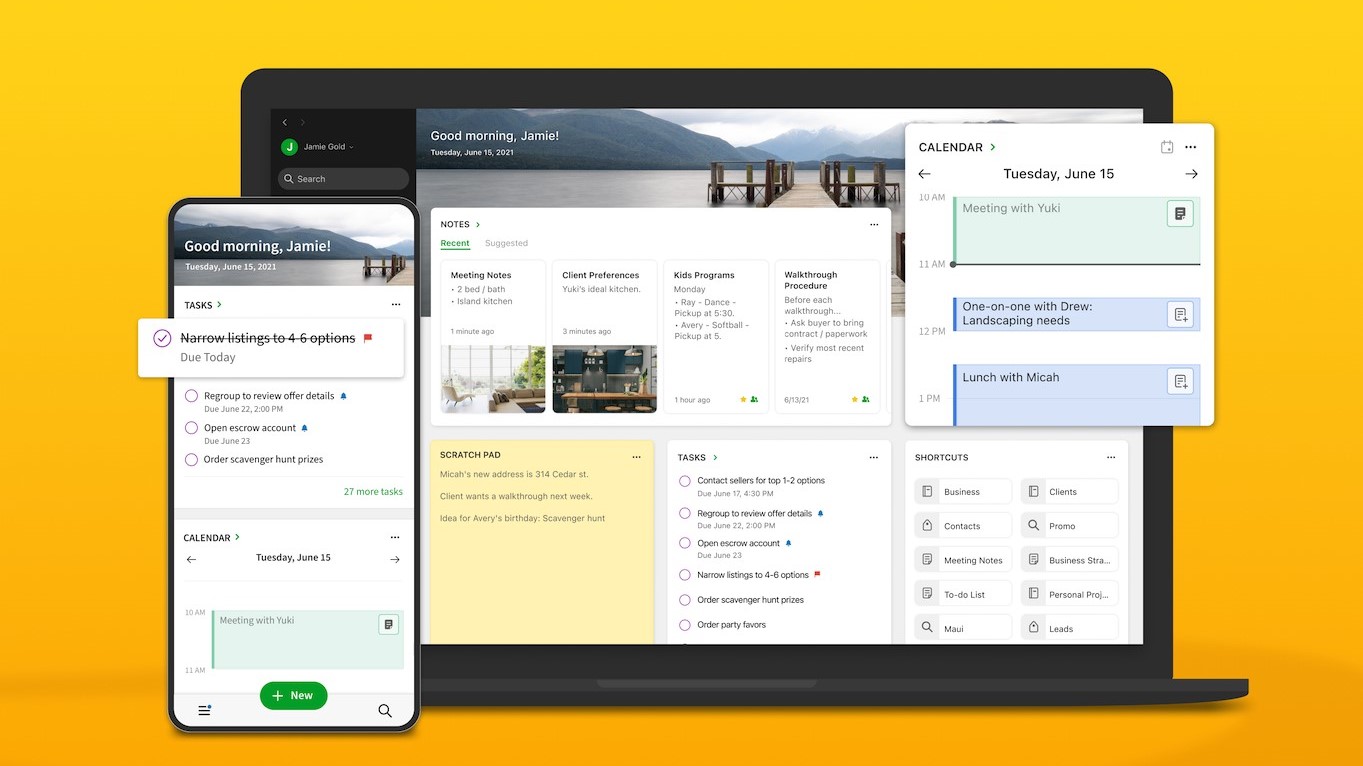 In an effort to help even more users effectively manage their workflows and organize their lives, Evernote has unveiled a line-up of new features and repackaged subscription plans.

Since rebuilding its platform back in September of last year, the popular productivity tool has delivered a steady stream of new features and product improvements including the launch of Home back in January and releasing Tasks in early access in June.

Now though, Evernote is officially releasing Tasks, adding a Google Calendar integration to its service and expanding Home’s capabilities.

Evernote CEO Ian Small explained how these new features will take the service one step closer to its goal of becoming your external brain in a blog post, saying:

“While today is another significant step forward in delivering on our mission, together, these new features and plans represent a bigger shift: an expanded definition of Evernote’s fundamental value. To fulfill our original promise to become your external brain, we’re moving forward in ways that help you make valuable connections between information, so you see what you want, when you want it, and what you need to do with it. We will continue to partner in your process, amplifying the way you like to work and helping you focus on what’s needed to achieve your unique goals.”

In addition to adding new capabilities to its service, Evernote has also unveiled four redesigned subscription plans in easy-to-understand packages.

The first redesigned plan, Evernote Personal, is the least expensive paid offering for individual power users and is built on top of Evernote Premium as its foundation. It includes full-featured Tasks, new widgets for Home and the ability to connect a Google Calendar account.

Next up is Evernote Professional for higher-end power users who need to juggle information overload both at work and at home. This plan adds Assignable Tasks, support for multiple Google Calendar accounts, deeper Home customization and new advanced search capabilities.

Formerly known as Evernote Business, Evernote Teams is designed for groups of people at work who need to collaborate and share information in one convenient place. All of the new features announced by the company are included with plan so that teams can immediately get to work.

Finally, with Evernote Free, users can remember everything by enabling them to collect and manage all of their important information. Although this isn’t a premium plan, it will continue to incorporate smart, tailored experiences that help new users onboard quickly while existing users can do even more.