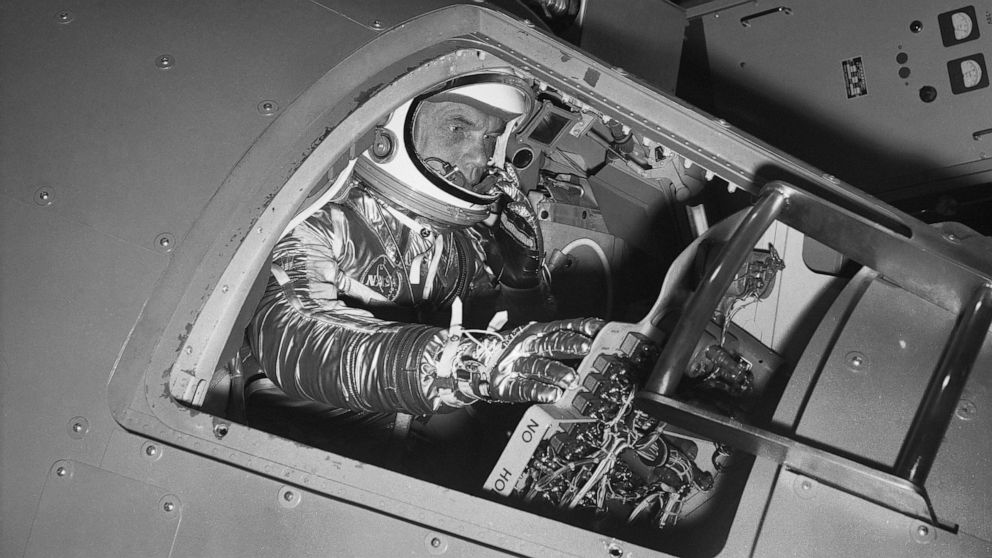 A three-day celebration of what would have been history-making astronaut John Glenn’s 100th birthday has begun in his birthplace and childhood hometown in Ohio, even as further plans are announced

COLUMBUS, Ohio — A three-day celebration of what would have been history-making astronaut John Glenn’s 100th birthday began Friday in his birthplace and childhood hometown in Ohio, even as additional events were announced to mark the occasion.

Glenn, who died in 2016, was the first American to orbit Earth, making him a national hero in 1962. In addition to his military and space accomplishments, he spent 24 years as a Democrat in the U.S. Senate.

The John Glenn Centennial Celebration in both Cambridge, where Glenn was born on July 18, 1921, and nearby New Concord, where he grew up and met his late wife, Annie, runs through Sunday. It includes a parade, the Friendship 7-Miler road race named for his famous aircraft, lectures, museum tours, space movies, biplane and rocket car rides, music and children’s science activities.

At Ohio State University, the John Glenn College of Public Affairs has updated seven display cases in Page Hall in honor of Glenn’s life, legacy of public service and relationship to the university, which houses Glenn’s archives. Items displayed include speeches, letters, diaries and news clippings. The college plans additional events throughout the year.

A pending Ohio House resolution would urge Congress to award both Glenns a Congressional Gold Medal.