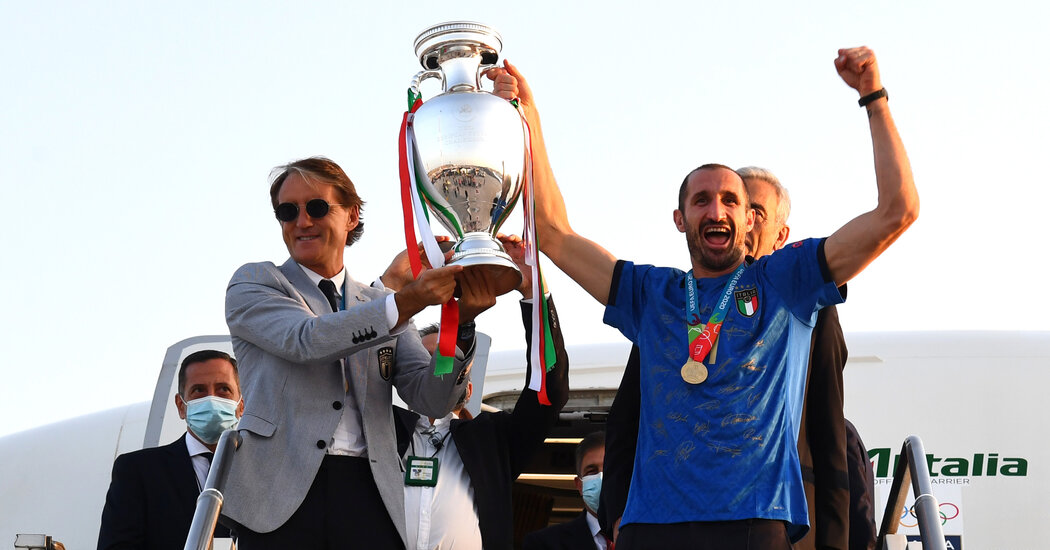 In Europe, most teams still have six qualifying matches to play; several more will have to negotiate a playoff before claiming their places. In Asia, the group stages have yet even to start. Africa, too, is not yet underway, and it has a continental championship to fit in: the Cup of Nations is slated to take place in Cameroon in January. South America’s prolonged qualifying process is a third of the way through: Brazil sits atop the standings after six games, but still has 12 left to play.

And in North America, the expanded final round of qualifying will not start until September, with teams set to play 14 games to discover which ones will join Mexico, the region’s only sure thing, in the finals next year. All of that has to fit into a club calendar already squeezed by the timing shift necessary to accommodate, for the first time and contrary to what was originally advertised, a World Cup held in the northern hemisphere’s winter.

That will force Europe’s major domestic leagues — the competitions that will provide the bulk of the players for the World Cup — to start the 2022-23 season just a little earlier, in order to allow a monthlong break right in the middle of their campaigns. But that does not mean the forthcoming season will finish any earlier: the Champions League final, the climax of the 2021-22 club campaign, is scheduled for May 28, in St. Petersburg. Once again, what little elastic that can be found will come out of the players’ chance to rest.

It is not, in fact, until the summer of 2023 that the world’s elite men’s players will have a summer to rest and to recuperate properly. Most of them, the Europeans and South Americans, anyway. There is another Cup of Nations scheduled for Africa that summer, and a further Gold Cup, too.

As ever, it is the players who will pay the price, and especially, ironically, those who enjoy the greatest success. It was hard, at Wembley on Sunday evening, not to be impressed by the composure, the calm, the obduracy of Chiellini and Bonucci, those grizzled old warriors at the heart of Italy’s defense. They have 220 international caps between them.

They have been doing this for almost two decades, now. They deserve the pomp and ceremony of an official reception with the Italian president. More than anything, though, they deserve a break. They can have one, now. But they should just make sure they are back at work in two weeks.