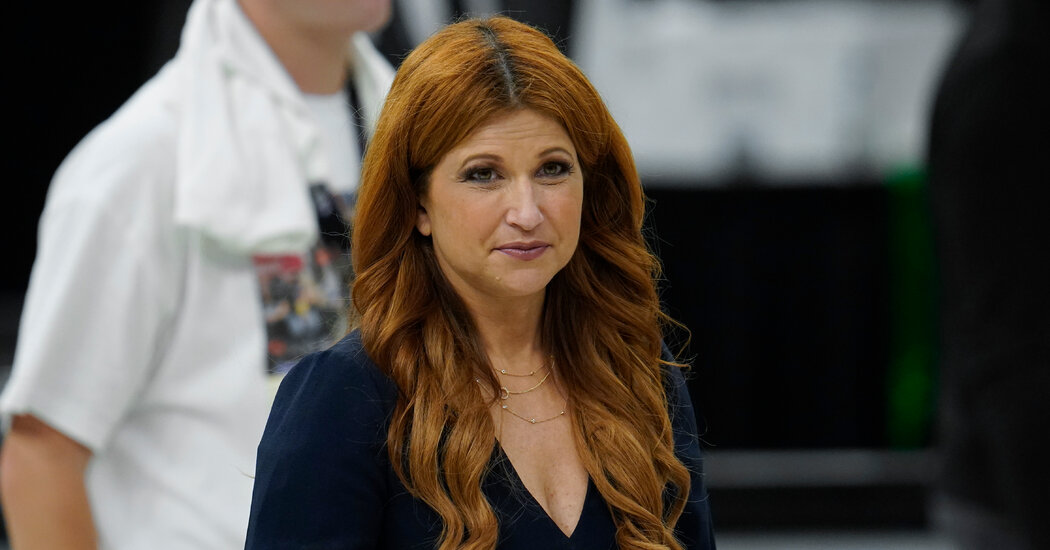 ESPN has taken Rachel Nichols off its N.B.A. programming and canceled “The Jump,” the daily basketball show she has hosted for five years, the network confirmed Wednesday.

The show’s cancellation comes one month after The New York Times reported on disparaging comments made by Nichols about Maria Taylor, one of her colleagues at ESPN at the time. In a conversation with an adviser to the Lakers star LeBron James, Nichols, who is white, said that Taylor, who is Black, had been chosen to host 2020 N.B.A. finals coverage instead of her because ESPN executives were “feeling pressure” on diversity.

Nichols was unaware the conversation was being recorded. Taylor has since left ESPN and joined NBC.

“We mutually agreed that this approach regarding our N.B.A. coverage was best for all concerned,” said Dave Roberts, the executive who oversees ESPN’s N.B.A. studio shows.

The moves were first reported by Sports Business Journal.

It is unclear whether Nichols will be on ESPN’s airwaves again. She signed a contract extension last year, but ESPN declined to say whether she will appear on other shows. A representative for Nichols did not respond to a request for comment.

In a post on Twitter, Nichols thanked the show’s crew and wrote that “The Jump was never built to last forever but it sure was fun.”

In the wake of the Times report, ESPN removed Nichols from her role as a sideline reporter for the N.B.A. finals and canceled one episode of “The Jump.” But she continued hosting the show through the finals until Aug. 16, when she went on vacation. Malika Andrews hosted for the rest of the week in her absence.

Outside of games themselves, “The Jump” was ESPN’s most prominent N.B.A. programming. Nichols frequently interviewed stars and newsmakers like Adam Silver, the commissioner of the N.B.A., on the show. “The Jump” was nominated for one sports Emmy, as was Nichols for her hosting role, but it never found huge viewership.

Roberts is the ESPN executive who decided to end “The Jump” and pull Nichols from N.B.A. studio programming. Two weeks ago, he received a promotion and took over some of the duties previously held by Stephanie Druley, the executive who previously oversaw N.B.A. studio programming and the person who had to deal with Nichols’s comments on the recorded call.

The cancellation of “The Jump” is just one part of a broader reshuffling of ESPN’s daytime lineup.

On Tuesday, ESPN announced that Max Kellerman was leaving “First Take” — where he had sparred with Stephen A. Smith — to host a new show that is being developed. That show will likely be in the afternoon, as will be a new daily N.B.A. show that will supplant “The Jump.”

Besides creating the new basketball show, before the N.B.A. season begins in eight weeks, ESPN will also have to find a replacement for Taylor as host of “N.B.A. Countdown,” ESPN’s pregame and halftime show.