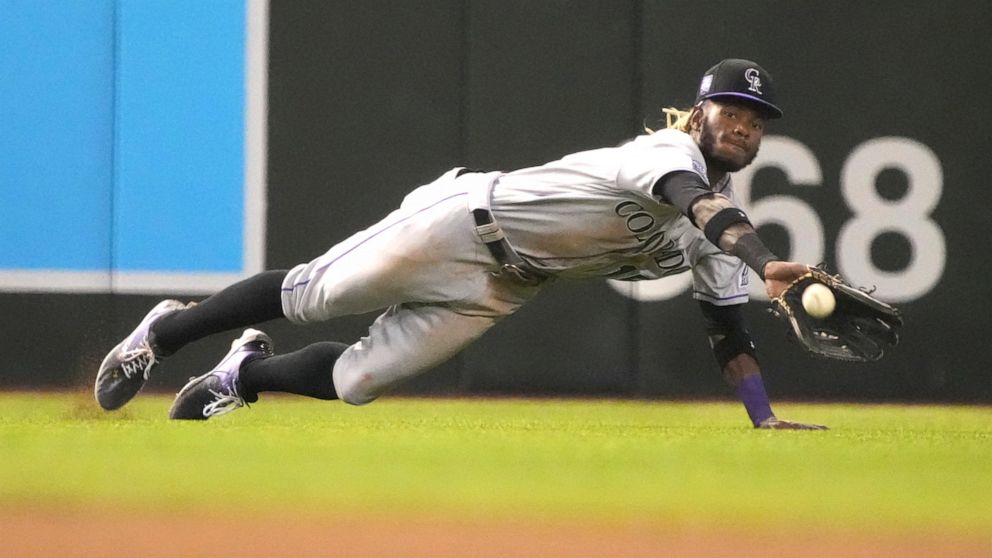 PHOENIX — The Arizona Diamondbacks are on a winning streak.

Arizona won its second straight game with a 6-4 victory over the Colorado Rockies Wednesday night.

The Diamondbacks, owners of the worst record in the majors at 25-63, last won consecutive games May 10-11, when they beat the Miami Marlins in back-to-back games.

Eduardo Escobar, the Diamondbacks’ lone All-Star Game representative, had three hits, including a three-run homer that broke open a 3-1 game in the bottom of the seventh inning. Pinch-hitter Stuart Fairchild led off with a single, right fielder Josh Rojas walked and Escobar hit his team-leading 19th home run into the right field bleachers off Colorado reliever Tyler Kinley.

“It was a high fastball, 95 mph at the top of the zone,” Colorado manager Bud Black said. “We’ve seen Escobar swing through that pitch. He’s a really good low-ball hitter, but he got on top of that one and hit it out of the ballpark.”

Reliever Matt Peacock (3-6) got the win for Arizona, giving up one run in three innings. Colorado starter Antonio Senzatela (2-8) took the loss.

“You win, everything is different,” Escobar said. “I know it’s really hard … a lot of people are talking about the bad year we’re having, but I still love my team.”

Aided by two Arizona’ errors, the Rockies scored three runs in the top of the eighth inning. Ryan McMahon had an RBI double, and C.J. Cron added an RBI single.

Arizona closer Joakim Soria pitched a scoreless ninth for his second save.

The Diamondbacks grabbed a 3-0 lead in the bottom of the second inning on RBI singles by shortstop Nick Ahmed and catcher Daulton Varsho, and a sacrifice fly by starting pitcher Humberto Castellanos.

Castellanos made his first start for Arizona after six relief appearances and threw four shutout innings, allowing four hits. He was lifted for a pinch-hitter in the bottom of the fourth after throwing a season-high 60 pitches.

“He did a great job, giving us four innings,” Lovullo said.

“They got the three runs, but he held them down after that,” Black said. “Six innings of baseball with three runs, a lot of times that gets a team the “W,” but not tonight.”

McMahon had three hits for Colorado, which went 2 for 7 with runners in scoring position.

A NIGHT TO REMEMBER

Fairchild’s seventh-inning single was his first major league hit. He was called up from Triple-A Reno on Tuesday.

Rockies: P Austin Gomber (forearm) threw a bullpen session before Wednesday’s game and will pitch in a simulated game Saturday. Black said at that point the team will determine if Gomber will go out on a rehab assignment … P Jordan Sheffield (flexor strain) has yet to pick up a baseball, but Black said he’s hopeful Sheffield can take the mound sometime in August.

Rockies RHP Chi Chi González (2-5, 5.52) will take the mound Thursday for the finale of the three-game series against Diamondbacks RHP Jake Faria (0-0, 5.25).