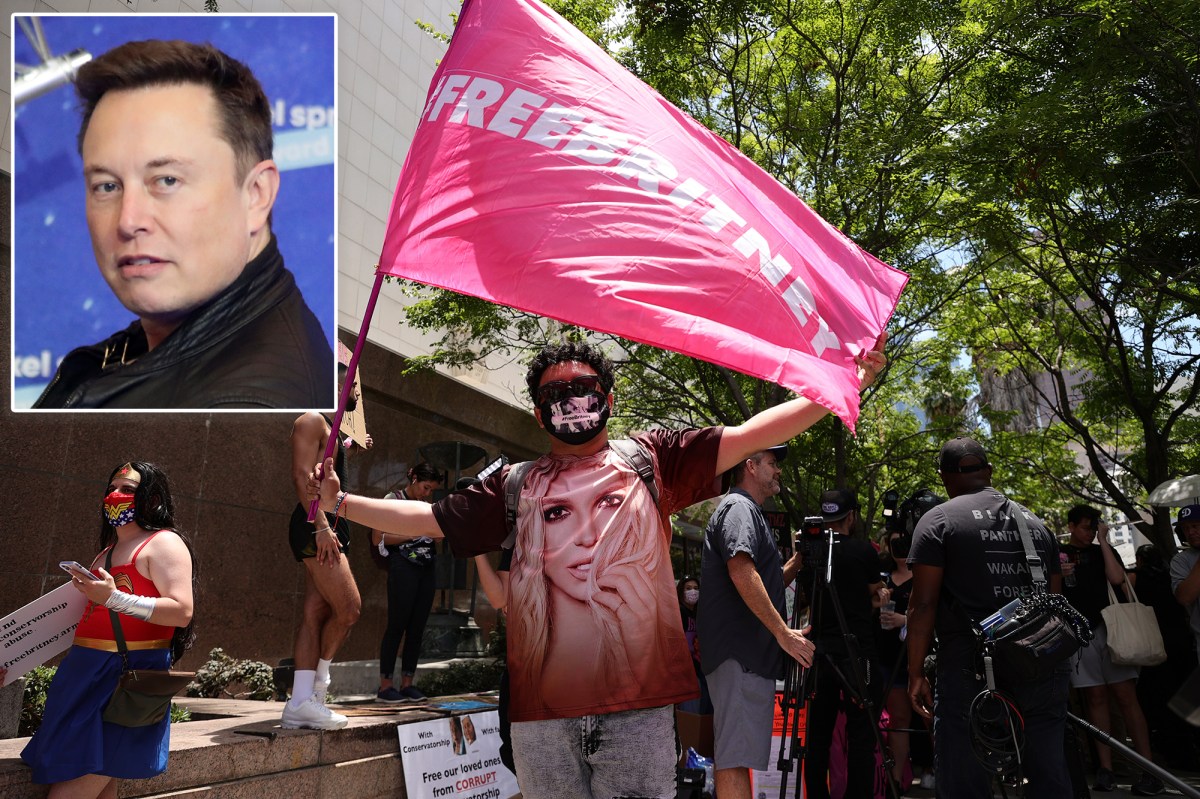 Elon Musk voiced support for Britney Spears on Monday, tweeting, “Free Britney,” in the latest high-profile show of support for the pop star in the midst of her conservatorship battle.

The Space X CEO’s early morning post about the “Oops! … I did it again” singer went viral, racking up about 20 million retweets within hours Monday morning. With the tweet, Musk joined a chorus of others who have formed a movement to end Spears’ unwanted legal arrangement.

The Mississippi-born best-selling artist’s approximately $60 million fortune has for 13 been in the hands of her father, Jamie Spears, who the youngers Spears said has forced her to work, to take birth control and drugged her.

Spears lost in her latest effort to gain control over her finances and life on Thursday, when court documents showed a judge had denied her bid to remove her “abusive” father from the controversial conservatorship that has controlled her life for more than a decade.

The ruling was in response to a November request by Spears’ lawyer to add wealth management firm Bessemer Trust to the troubling conservatorship and remove her dad.

It was not a direct response to Spears’ impassioned confessional during a virtual status hearing last month — in which the singer said she felt like a prisoner and was unable to even get married or have more kids.

“Ma’am, my dad and anyone involved in this conservatorship, and my management, who played huge roles in punishing me when I said ‘No’ [to going on tour] — Ma’am, they should be in jail,” Spears said at the June 23 hearing.

“These past few days I’ve been thinking about Britney and everything she is going through,” read the singer’s statement, posted on Aguilera’s Instagram story on June 28.

“It is unacceptable that any woman, or human, wanting to be in control of their own destiny might not be allowed to live life as they wish.”

Meanwhile, AJ McLean of the Backstreet Boys in June said he was on team Free Britney.

“At the end of the day, the truth will come out. I am 100 million percent on the #FreeBritney train because I completely agree with it,” he said. “All of us should just pray for Britney and also pray for her family.”