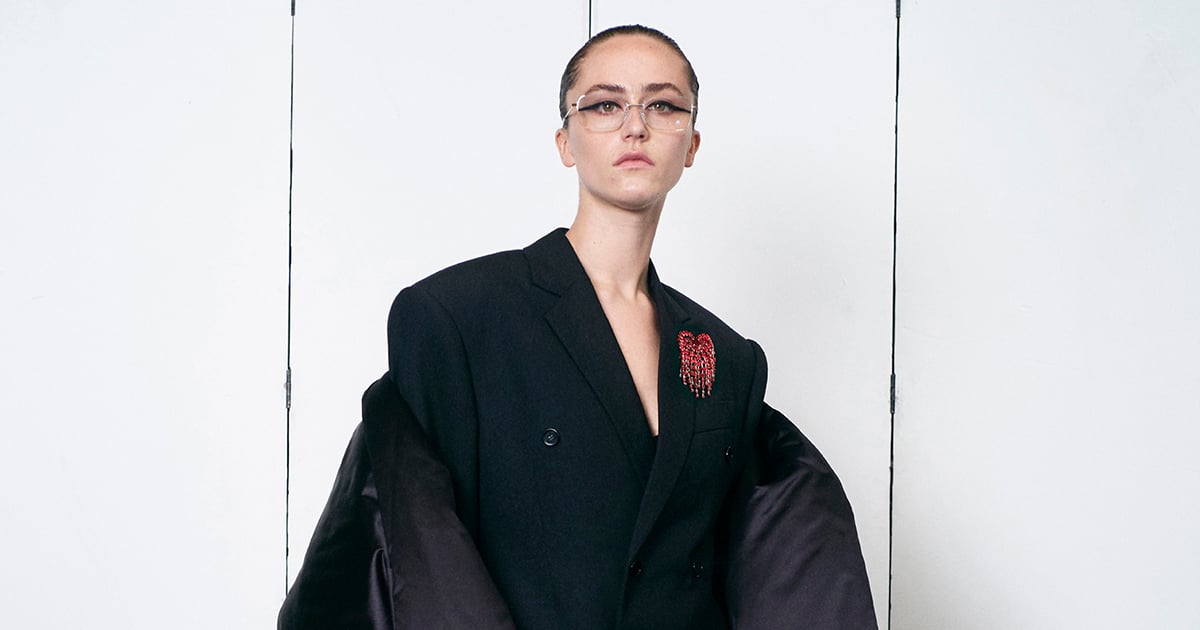 While Ella Emhoff checked Fashion Week off her list back in February, the newly minted model made her couture debut at Balenciaga’s 50th couture collection runway show on Wednesday. A few days after a romantic vacation in St.-Tropez with boyfriend Sam Hine, the knitwear designer and Parsons graduate was barely recognizable as she walked down the runway in an exaggerated double-breasted long coat and tailored trousers with a padded stole draped over her.

Before making an appearance for designer Demna Gvasalia’s first couture collection, Ella previously modeled for Proenza Schouler’s fall/winter line and signed with IMG Models earlier this year. Described as a tribute to the legacy of Balenciaga founder Cristóbal Balenciaga, Demna’s relaunch of couture featured angular, tailored cuts and funky silhouettes. Ahead, watch the show and get a closer look at Ella’s bold look.