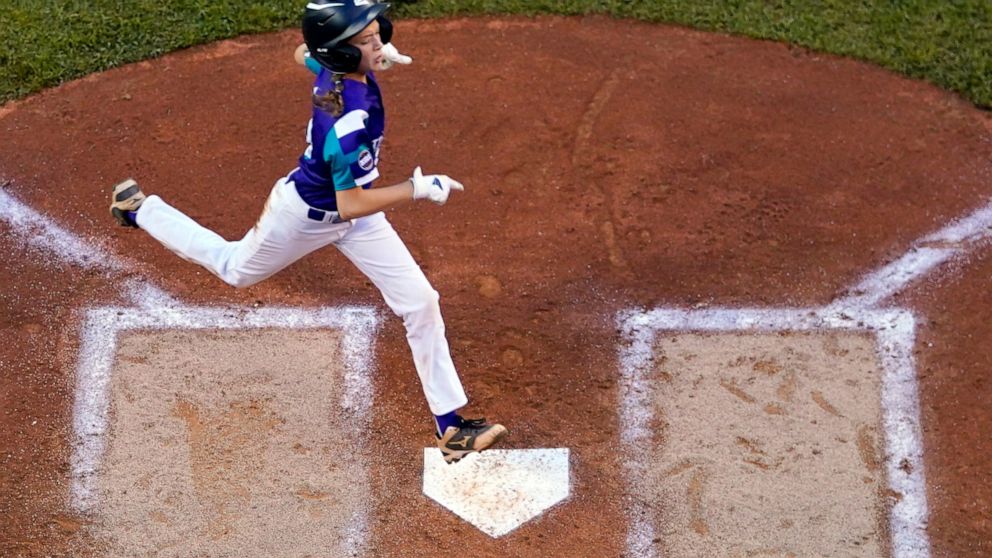 SOUTH WILLIAMSPORT, Pa. — Ella Bruning has become the person everyone wants to talk to in South Williamsport this week.

The starting catcher for the Wylie Little League team from Abilene, Texas, is the 20th female to play in the Little League World Series and the only girl to compete in this year’s tournament. She can hit, pitch, steal bases and take a foul ball on the knee.

In Texas’s 6-0 win over Washington on Friday, she stole second, scored the first run and led the team with two hits and an RBI, becoming just the third girl to have a multi-hit game in the Little League World Series.

“She’s a role model for my daughter and a bunch of the younger sisters on this team,” Texas manager Reggie Regala said. “She’s always been that way, and now that she’s on this big stage, she’s a huge role model for girls everywhere.”

Baseball is a family affair in the Bruning household. Ella’s father, Bryan, has coached his children for over 10 years and is an assistant on the Abilene squad. Her younger brother, Dillon, is an outfielder and second baseman for the team. Their older brother, Collin, sits in the stands and cheers, admittedly jealous that his teams missed out on this opportunity a few years ago.

Ella’s baseball story began with shagging batting practice balls in the outfield for Collin’s team when she was 7 years old.

“I think she caught a line drive one day and some of the boys teased her about being on the team,” Ella’s mom, Lindi, recalled. “From that point, it was always a joke that she would play and, eventually, she did.”

Her toughness behind the plate has been documented over the course of the week. After taking a foul ball to the knee on Monday afternoon, in a 6-5 loss to Michigan, she stayed in the game and blocked the next three pitches off her chest in the dirt with perfect form.

“She has always been pretty natural and likes the competition that the league provides,” Lindi said.

Ella’s success is not only limited to the baseball field — she’s a softball star, too.

But she dropped softball for the summer to join the Abilene team in its pursuit of the LLWS. The adjustment from underhand to overhand pitching was a challenge for her, but she knew how high the stakes were. And she struck out a pair of batters on the mound in a regional matchup against Louisiana.

“We knew this (year) was our biggest shot to go this far,” Ella said. “This is once in a lifetime. I have softball for the rest of my life, so I can do this for one year and go right back.”

Former Williamsport star Mo’ne Davis, now in college, continues to return to the Little League World Series as a broadcast analyst. Both she and Ella have inspired the next generation of girls in the process.

“I gave a pass to a little girl outside who just wanted to see Ella play,” Lindi said. “I saw her back today in an Abilene shirt. I don’t think Ella realizes how far her impact is felt through different states all across the place.”

Ella’s run could be over Wednesday afternoon, as Texas plays New Jersey in an elimination game. But even if her team’s moment comes to an end, Regala says his new star “handles the attention well.”

Preston Shoemaker is a sports journalism student at Penn State.