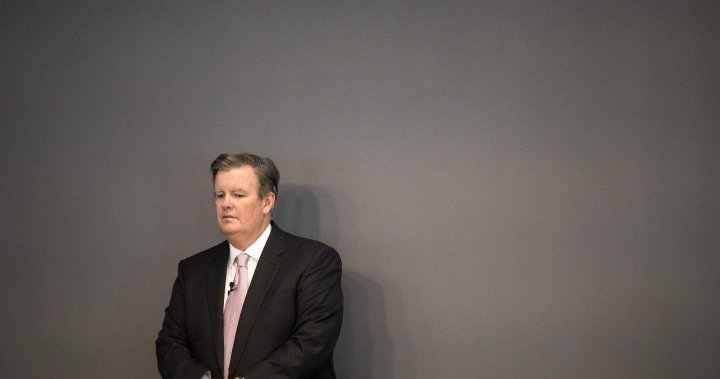 The son of late Rogers Communications Inc. founder Ted Rogers is seeking a ruling from B.C.’s Supreme Court that wouldlegitimize a company board he formed by replacing five of its members.

Edward Rogers’ mother Loretta Rogers and sisters Melinda Rogers-Hixon and Martha Rogers claim the board is illegitimate and does not comply with laws in B.C., where the company is incorporated.

They and several other associates say the only legitimate version of the Rogers board is the one that existed last week, before Edward Rogers replaced five directors with people of his choosing.

Edward Rogers was ousted from his role as board chair, but he remains at the helm of his family’s trust, which controls 97 per cent of the firm’s Class A voting shares and 10 per cent of outstanding Class B shares.

He has been at the centre of a power struggle since media reports revealed he was plotting to give Rogers’ former chief financial officer Tony Staffieri the job of CEO Joe Natale, a move some family and board members oppose.

The ongoing feud has left Rogers in a state of uncertainty as it awaits regulatory approvals for a $26-billion takeover of rival Shaw Communications Inc.