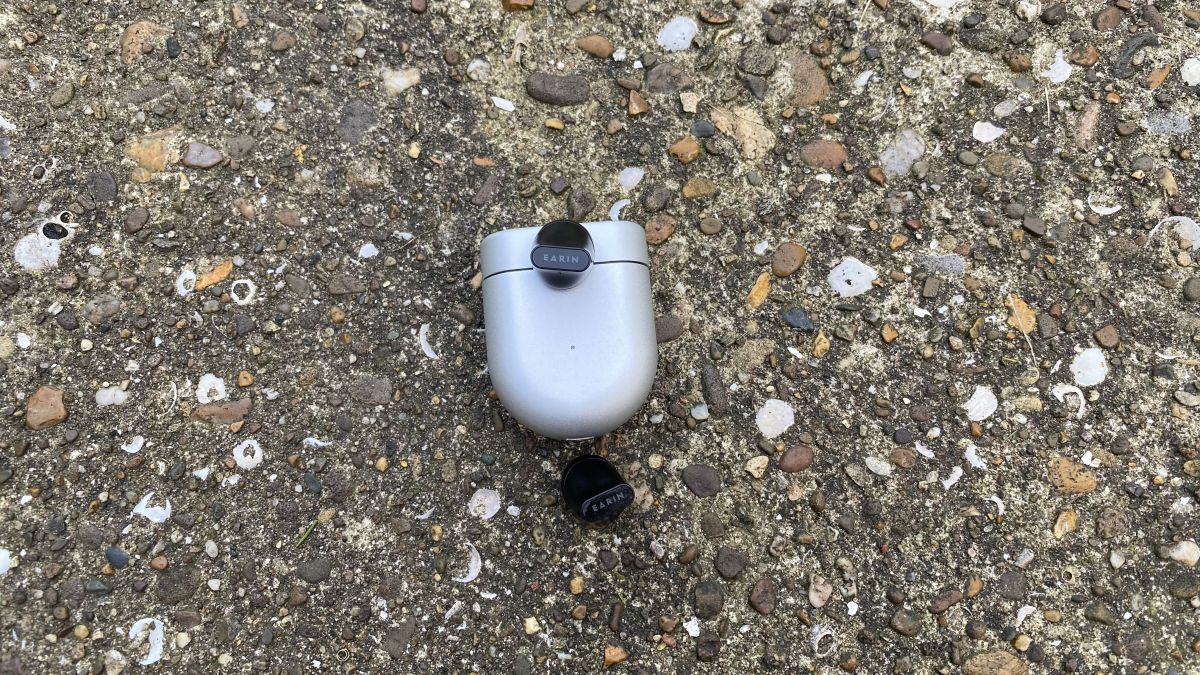 The true wireless earbuds market isn’t short of choice, but Earin is keen to do things differently. Originally backed via a Kickstarter campaign in 2014, the Malmo-based firm has gone from strength to strength by offering a fairly distinctive experience among a crowded field. That’s certainly the case with the Earin A-3 earbuds, which are both incredibly small and – more importantly – offer interchangeable buds.

The latter means there’s no need to remember the left earbud from the right, with the earbuds automatically able to detect the ear in which you place them, assigning the appropriate left or right channel. However, this means they never feel quite as secure as buds with specific channels – but it’s convenient, and the sound that comes from them is pretty good.

The Earin A-3 also look remarkably stylish, right down to the aluminium case that feels reassuringly expensive.

Such a small size comes at a price, though, with the Earin A-3 lacking some key features for this price range. This includes any form of noise cancellation, quick charging and a few finer details such as better quality touch controls.

Other minor issues include the fact that the earbuds are only IP52-protected, so while use on a rainy day is fine, they won’t survive anything more extreme.

This is a real shame, since otherwise these earbuds ooze class thanks to their aluminium case and unique stylings. Everything about them feels far more refined than most wireless earbuds; however, they can feel like style over substance at times.

At least battery life is decent, with up to 30 hours once you include the charging case and a reasonable five hours between charges. The companion app is handy, even if it’s as light on features as the earbuds themselves. There’s no way to tweak the EQ, but you can at least adjust the sometimes overly sensitive touch controls.

If you’re keen to snap up some classy-looking earbuds that still deliver decent core features – good sound quality, call quality, and reasonable (if not exceptional) battery life – then the Earin A-3 are a delight. Just bear in mind you’re paying for the privilege and there are more feature-rich earbuds available for the price.

Earin A-3 price and availability

The Earin A-3 are available to buy now for $199 / £157, a price that puts them on a par with many other true wireless earbuds in the market. That works out at around AU$260, though they seem to be sold out in Australia at the time of writing. They’re slightly cheaper than models such as the Apple AirPods Pro – but, of course, the Earin A-3 offer fewer features. More on that later.

Available to buy in either black or silver, you can pick up the A-3 earbuds directly from Earin or through third-party retailers such as Amazon.

Design is the Earin A-3’s greatest strength. From the moment you open the box, it’s clear that much effort has gone into making these earbuds feel premium. Promising to be the smallest and lightest in the world, the earbuds are contained in an equally stylish aluminium charging case. The Earin A-3 case feels good in your hands and looks attractive, feeling far classier than the competition.

The back of the case has a plastic panel for wireless charging, but it’s barely noticeable and doesn’t take away from the stylish aesthetic.

The earbuds themselves are small to the point that you may actually worry you’ll lose them. They’re compact form also makes it more likely that you’ll mistap the controls from time to time, which is a bit of an annoyance. The touch-sensitive panels cover much of the earbuds’ surface, because there isn’t a lot of room available, so you’ll definitely engage functions without meaning to, much of the time when trying to adjust the buds for a proper fit.

That’s another minor but mildly irritating issue – the Earin A-3’s fit. Both earbuds will work in either ear, with the A-3s doing a good job of correctly detecting which ear is which. So while we didn’t encounter any issues with the latter, achieving a snug and secure fit did prove an issue.

Earin claims the A-3 are rated IP52 for water- and dust-resistance, which is fairly lightweight protection against some ingress of dust and water spray. However, these don’t feel like earbuds you’d use for more rugged excursions; they’re more for wearing on your commute or at home, than while running or working out.

Despite their diminutive size, the Earin A-3 are home to 14.3mm dynamic drivers within the earbuds, and they certainly work hard. Making our way through the Bond discography, Another Way to Die sounded suitably loud and dramatic, while Billie Eilish’s vocals in No Time to Die were suitably well balanced, too. Effectively, the A-3 deliver a well-balanced sound with bass, mids and treble all co-existing without feeling overwhelming. A decent soundstage means you feel engrossed in the music, rather than it being a side attraction.

As we listened to John Legend’s All of Me, we were able to take in each smooth note, while switching over to the Foo Fighters’ All My Life was suitably punchy without feeling muddy. As such, the Earin A-3 are decent all-rounders, ideal for those whose music tastes are varied.

Where the Earin A-3 aren’t so strong is that they leak in ambient sound. This isn’t surprising given their design, and cranking up the volume certainly solves the issue without any distortion. Nevertheless, it does signal the importance of some form of noise cancellation.

Battery life is fairly good here. You can expect five hours per charge, with a total play time of about 30 hours once you factor in the charging case. At times, we managed to eke out a little more.

The Earin A-3 continue their somewhat bare bones feature list by not providing any support for quick charging. You’ll need to wait about 90 minutes for the USB-C connection to do its job of getting you back to full charge.

The Earin companion app is similarly basic, too. You can use it to change the touch-sensitive controls and check on battery life, but there’s no way of tweaking the EQ.

Should I buy the Earin A-3?

2022 could see biggest change ever for Android smartphones…