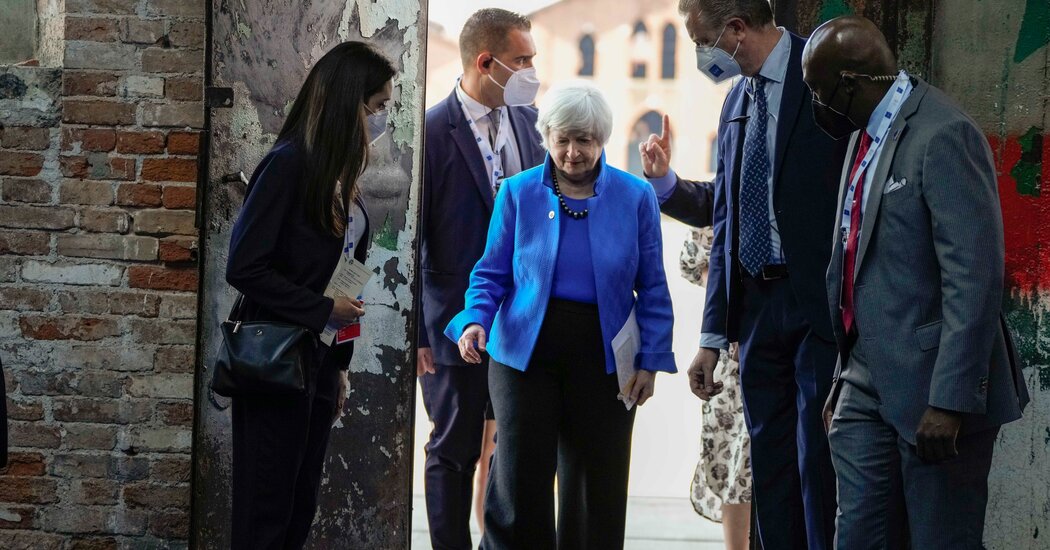 Other finance ministers indicated that the delay was another sign of progress.

“It’s very, very good that we are now going to the next step, discussing how we will implement this at the European Union and that the European Union is deciding not to go with its own proposal to the public today,” Olaf Scholz, Germany’s finance minister, said as he entered the meeting.

The E.U. digital levy proposal faced a difficult path to becoming law in Europe, but the prospect of a new proposal that could be construed as a tax that targets American companies would have represented another distraction for the fragile negotiations.

The United States has already been angered by other digital taxes that countries like France, Italy and the United Kingdom have enacted, which are separate from the new proposal. More than a dozen countries have enacted or announced plans in recent years to move forward with their own digital taxes.

The Biden administration has asked countries to immediately drop their digital taxes and has prepared retaliatory tariffs on a wide swath of European goods, including cheese, wine and clothing. As part of the global tax negotiations, countries have said they are willing to do so in exchange for additional tax on the largest and most profitable multinational enterprises, those with profit margins of at least 10 percent, that would be based on where their goods or services are sold, even if they have no physical presence there.

France, Europe’s biggest proponent of a digital tax, had no comment Monday. Finance minister Bruno Le Maire said this weekend that France would legally commit to withdrawing its digital services tax only after an agreement is in effect, which is unlikely to happen before 2023.

In remarks at the meeting on Monday, Ms. Yellen emphasized the importance of a close relationship between the United States and the European Union and underscored the importance of the global tax agreement that she has been helping to broker. She argued a deal over a global minimum tax would help European nations make important investments in their economies and reduce inequality.

“Long-run fiscal sustainability is critically important, which is one of the reasons why we need to continue working collectively to implement a global minimum tax of at least 15 percent, in line with the commitment the G20 made just days ago,” Ms. Yellen said. “We hope all E.U. member states will join the consensus and the European Union will move forward on this issue at E.U. level.”