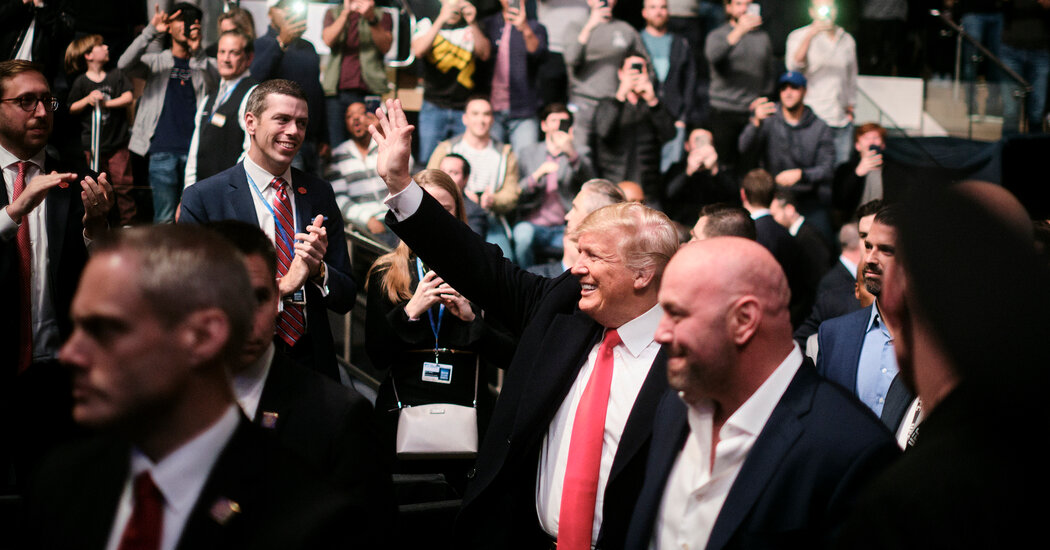 The third fight between Conor McGregor and Dustin Poirier is expected to be one of the biggest sporting events of the year, and perhaps just as alluring as the fight itself is the spectacle of celebrities expected to be in attendance to watch two of the Ultimate Fighting Championship’s biggest stars face off.

The U.F.C.’s president, Dana White, told TMZ that former President Donald J. Trump would be in Las Vegas on Saturday night as McGregor and Poirier complete their trilogy at U.F.C. 264.

White said that Trump will sit right behind him on the floor near the octagon.

“He don’t care,” White said on TMZ, adding that Trump will not be “hiding in a box somewhere. That’s not his style.”

The former president, who is a longtime friend of White’s, is a known mixed martial arts fan. He attended U.F.C. 244 in 2019, where he received a chorus of both boos and cheers as he entered the event.

McGregor, 32, a brash and theatrical fighter from Dublin, Ireland, has expressed support for Trump in the past, sending a tweet last year calling Trump a “phenomenal president.”

Trump is just one of a long list of celebrities expected to be in attendance at T-Mobile Arena in Las Vegas, including the comedian Dave Chappelle, the pop star Justin Bieber, the country singer Garth Brooks, the Nets star Kevin Durant and Cleveland Browns wide receiver Odell Beckham Jr.