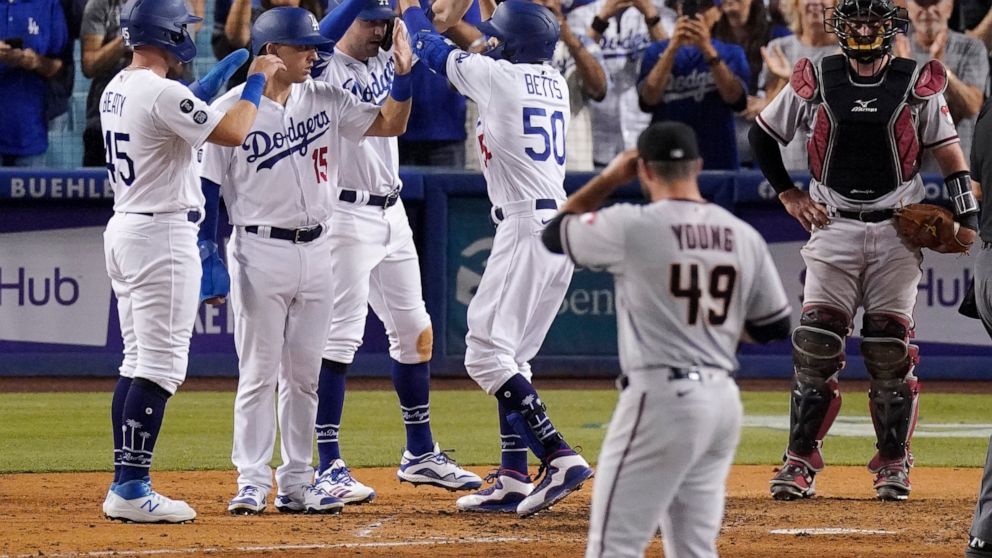 Cody Bellinger and Zach McKinstry also homered as the Dodgers matched a Los Angeles mark for runs, last scoring 22 in 2001 at Colorado. This was their highest-scoring game ever at Dodger Stadium.

The Dodgers led 9-0 after two innings and breezed behind the pitching of Walker Buehler, who was chosen as an All-Star Game replacement Saturday.

The Dodgers won for just the second time in their last six games. They scored in just four different innings, but broke loose in a big way — five runs in the first, four more in the second, seven runs in the seventh and six in the eighth.

Turner, added earlier in the day to the All-Star team, hit his first career grand slam in the second inning off starter Caleb Smith (2-6). Smith never recorded an out in the second before departing, giving up nine runs on six hits with three walks while recording just three outs.

Betts hit his fifth slam in the seventh. The Dodgers top the majors with nine grand slams this year.

Pujols connected in the seventh and eighth, giving him 675 career home runs. His last homer came off Arizona outfielder Josh Reddick, who got the last two outs.

The Dodgers sent eight batters to the plate in the first inning against Smith, taking a 2-0 lead on Max Muncy’s double that scored Betts and Chris Taylor.

Muncy, Taylor and Betts already had been named National League All-Stars, with Betts bowing out of Tuesday’s game because unspecified injuries.

The Dodgers improved to 8-1 against the Diamondbacks this season.

Diamondbacks: OF Kole Calhoun, who had not played since April 27 because of a strained left hamstring, was activated from the 60-day injured list and started in right field. … INF Asdrubal Cabrera was placed on the injured list with a right hamstring strain, while INF/OF Andrew Young was recalled from Triple-A Reno.

Dodgers: Betts said Saturday that an accumulation of “nagging” injuries led to his decision to pass on Tuesday’s All-Star Game. Betts still started in right field Saturday and is expected to be available for Sunday’s game. … LHP Clayton Kershaw, on the injured list with left forearm inflammation, played catch Saturday, one day after an MRI showed no serious injury.

The Diamondbacks will send RHP Merrill Kelly (5-7, 4.60 ERA) to the mound Sunday, while the Dodgers counter with RHP Tony Gonsolin (1-0, 2.11) in the first-half finale for both teams.