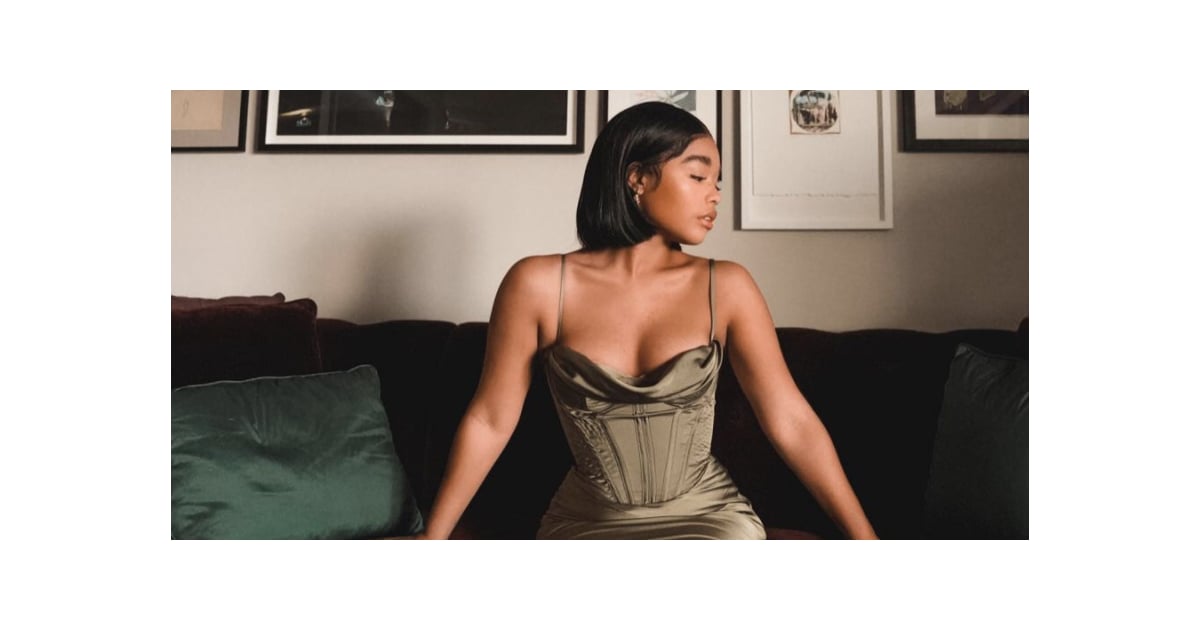 It only takes a few scrolls on social media before one comes across a vacation photo highlighting Black love, or Black sisterhood indulging in wealth and wellness. This is all immediately associated with the Black women in luxury movement. By definition, luxury is “free or habitual indulgence in or enjoyment of comforts and pleasures in addition to those necessary for a reasonable standard of well-being.” Whether you see a Black woman indulging or simply living a lifestyle that one may not consider the norm, the Black women in luxury movement goes beyond an aesthetic — just ask Clarke Peoples, Amber Janae, and Skylar Marshai.

Clarke went viral on TikTok earlier this year when she posted a day-in-the-life video showcasing her high-rise apartment in New York City and casually mentioning a date with a millionaire. The video amassed over 3.6M views and garnered so much attention that Clarke temporarily took the video down— mostly due to the fact that people were labeling her as a “prostitute” and a “sugar baby.” Sugar dating is essentially a transactional dating method where an older person of wealth provides financial assistance to a younger person, in exchange for a mutual benefit including conversation, companionship and/or sex.

she and her crew (who are all equally stunning and living a luxe life of their own) call it “unapologetic audacity.”

The 20-year-old Columbia student explained: “I love to see Black women living in luxury [but] people were actually going and responding to other comments asking, `What does she do for a living? Oh she’s a prostitute.’ I was totally appalled.” Coincidentally, this video went viral the same week she was set to begin a legal internship and rightfully, she didn’t want any presumptions from her new team. However, it was her dad who persuaded her that the positive reactions outweighed the negative naysayers and the video returned to her feed. Since then, two other videos garnered millions of views— one where she explained how she makes her living and one recapping a date with a wealthy doctor.

Skylar is goals in all regards — professionally, romantically and literally. The storytelling travel influencer is no stranger to being the moment. Every photo on her Instagram feed deserves a repost and slew of comments. But if you ask her how she gained such a luxe life, the answer is complex yet simple — she and her crew (who are all equally stunning and living a luxe life of their own) call it “unapologetic audacity.” She expressed, “I think a lot of it is 50 percent manifestation. I spent a lot of time speaking these things into existence and [visualizing] the things I wanted in my life. But ultimately, growing up, I didn’t have — couldn’t see a ceiling like Blue Ivy.”

“It’s this idea of abundance and leisure, which Black people are not allowed. We’ve not been given that before. We’ve had to make it.”

Armed with this sense of audacity, thanks to her parents, she explained: “None of this feels new. None of this feels foreign, especially being a Black woman: it’s something that we should normalize more. Stepping into wealth. Stepping in Black love, and it should be easy, like, damn, I don’t want to struggle all the time.”

For Clarke, the life she has is one she planned. Yet, for Amber, her life is one that was instilled in her since birth. The 30-something author and lifestyle blogger stated: “I come from a lineage of women who are very strong, very independent. I’ve always grown up around women who, regardless of being married or in long term relationships, they always have their own. They’re always able to provide for themselves, live well, but also look really amazing while doing so […] just quality everything.”

In spite of their varying foundations, all of the women feel the movement is what you make it. Skylar labeled it as a form of reparations, while also being a form of freedom. The 24-year-old social strategist explained: “It’s almost like what we were owed. […] It’s beyond the flights. It’s beyond the monetary things. It’s this idea of abundance and leisure, which Black people are not allowed. We’ve not been given that before. We’ve had to make it.”

All we know is overflow. Happy New Year fam. 🥂 pic.twitter.com/hvMv16EYri

“Ultimately, I’m living in luxury when I know that everything around me brings me a sense of calm.”

Amber, in turn, sees luxury as a form of peace. “That’s peace internally, peace within home, peace within my relationships. Ultimately, I’m living in luxury when I know that everything around me brings me a sense of calm. […] so the idea that luxury —Black women in luxury or just Black women experiencing luxury in itself — is only tied to material things, completely takes away from living a life of luxury because you continue to feed into the things or pour into the things that live outside of you,” she stated.

Clarke revered the movement as progress, explaining, “I see so many videos online of women of other races living lifestyles like this and it’s not necessarily the norm, but it’s something that when we see it, we don’t think twice about it. [Seeing] other Black women who didn’t have the best childhoods growing up be able to make it and do it for themselves, I think it’s so inspiring.”

For one ready to attract, manifest or outright claim the life you want, Clarke is sticking to the classic “success happens when opportunity meets preparation” mantra. Skylar and Amber brought up the sense of learning and unlearning. Amber mentioned, “Just be one with whatever your definition is of being a Black woman and living in luxury. Learn what excites you. Learn what brings you peace. Learn what calms your spirit and continue to strive for those things. Stand on that.” Furthermore, don’t look at how someone defines luxury and replicate it because that might not always lead to a successful outcome for you.

“So often or for the longest time, luxury has been out of touch for us [and] now it’s within reach.”

Skylar expressed, “it’s looking at what you might define as luxury and assuming that you can have it.” A great first step? “Romanticize your morning routine. Romanticize a day in your life. Finding luxury in smaller moments and then integrating it into your life in that way and so you can create luxury for yourself. So often or for the longest time, luxury has been out of touch for us [and] now it’s within reach.”