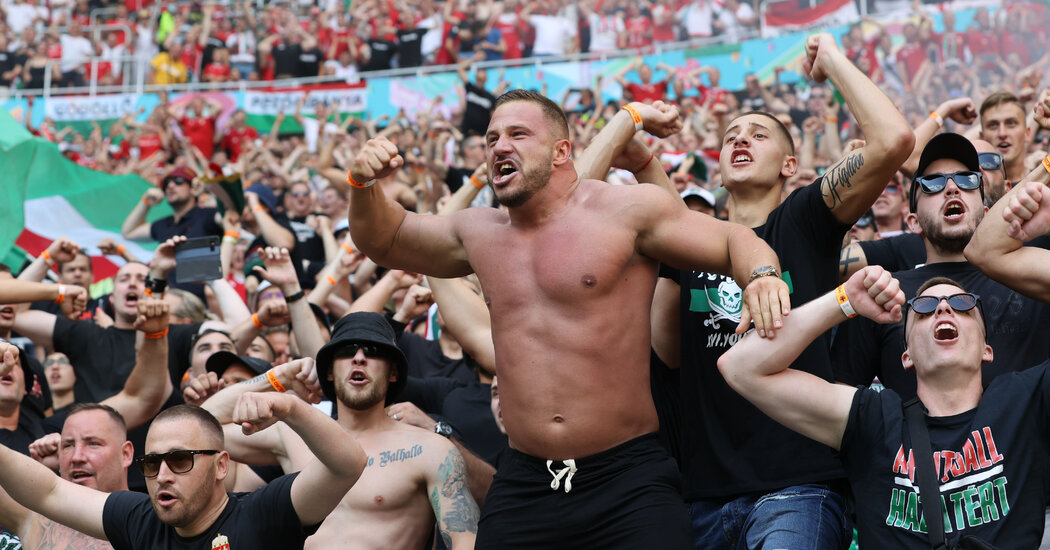 UEFA ordered Hungary, which hosted some of the biggest crowds of the Euros in Budapest, to play its next three home matches behind closed doors as punishment for “the discriminatory behaviour of its supporters” during the tournament. The organization also fined the Hungarian soccer federation 100,000 euros ($118,000).

UEFA, the governing body for soccer in Europe, had opened an investigation into charges that Hungary fans had carried homophobic banners and directed monkey noises at visiting players during Hungary’s group-stage matches in Budapest and Munich.

Hungary played their first two games of the tournament against Portugal and France at Puskas Arena in Budapest, and then traveled to Munich for its final group game, against host Germany.

UEFA had appointed an ethics and disciplinary inspector on June 20 to conduct a probe into “potential discriminatory incidents” during the matches in Hungary. Five days later, it expanded the investigation to include the game in Germany.