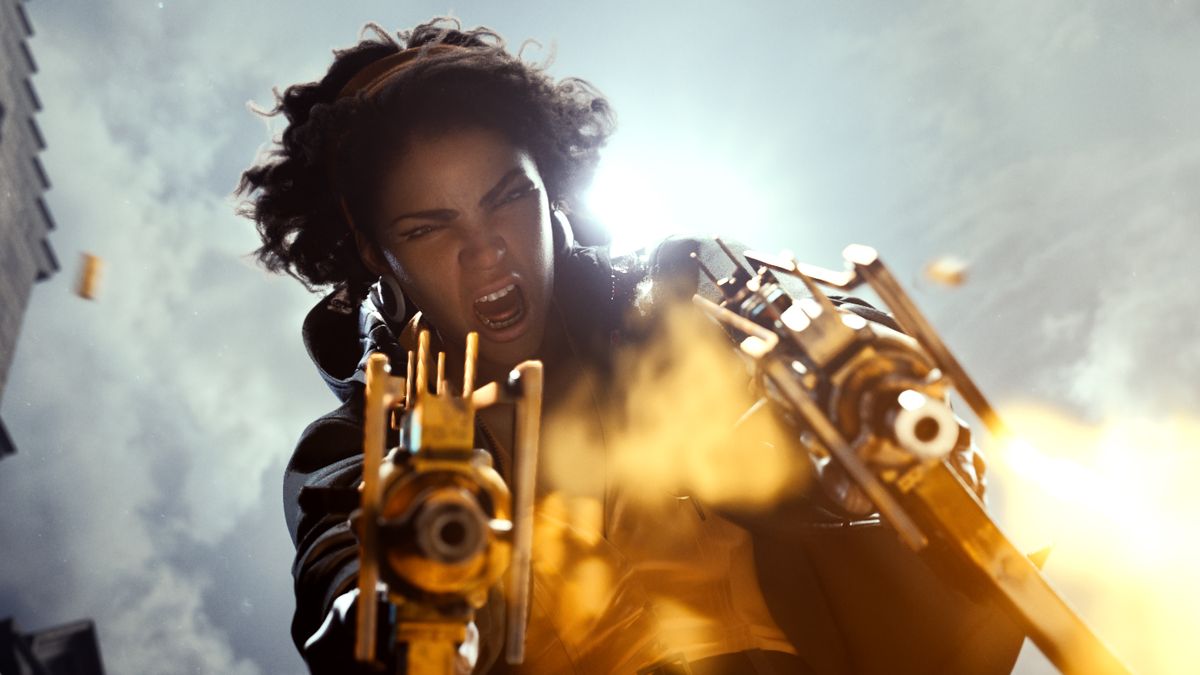 Deathloop is an upcoming action-adventure from Arkane Studios, the developer behind the Dishonored series, that pits rival assassins against one another in a murderous game of time loops. The PS5 timed-exclusive was meant to release in August 2020 but, following multiple delays, it now won’t release until September 14, 2021.

Deathloop sees you playing as assassin Colt, who is trapped on Blackreef, a mysterious island locked in a never-ending time loop. It’s up to Colt to end the loop, all while being hunted by the island’s less-than-hospitable inhabitants and a rival assassin called Julianna, who is determined to stop Colt and to keep the deadly time loop going. In order to stop the loop once and for all, Colt must take out eight key targets on the island.

But that would be too easy, right? Colt only has 24 hours to kill all the targets, meaning the loop plays an integral role in Deathloop’s combat, allowing Colt to try new approaches to his assassinations and learn from the failures – but his enemies learn too.

We got to see Deathloop in action, and believe it’s a sandbox of wicked opportunity for creative assassins. Interested? Then read on for everything we know so far about Deathloop, and be sure to check out news on all the new PS5 games on the way too.

Deathloop: cut to the chase

What is it? An action-adventure shooter from the makers of DishonoredWhen can I play it? September 14, 2021What can I play it on? PS5 and PC

Deathloop is due to release on September 14, 2021, for PC and as a timed console exclusive for PS5 (which lasts a year).

First announced at E3 2019, Deathloop was initially due to release in the “Holiday 2020” window. However, Arkane Studios announced in August 2020 that the release was being pushed back to Q2 2021.

“At Arkane, we have a strong vision for Deathloop and we don’t want to compromise on that. But we also need to do everything we can to ensure the health and safety of everyone in the studio.”

In a follow-up tweet, Arkane Studios released a statement saying:

“We’re committed to quality and preserving our team’s ambitions for Deathloop while ensuring the health and safety of everyone at Arkane. We’ll be using the extra time to accomplish our goal: create a fun, stylish and mind-bending player experience.”

Deathloop pre-orders are live now. Those who pre-order either the standard or deluxe edition of Deathloop will receive exclusive bonuses including unique weapons, character skins, and more.

Those who order the deluxe edition will get the above items but will also get the Eat The Rich Tribunal and .44 Karat Fourpounder weapons, the “Party Crasher” Colt and “Sharp Shooter” Julianna skins, original game soundtrack selections and the Transtar Trencher weapon (PS5 exclusive). The deluxe edition of Deathloop on PS5 costs £79.99/$79.99, while the PC version costs £64.99/$79.99.

Wondering what the game is actually about? All these mentions of time loops get a bit confusing after a while, after all. This trailer sees Deathloop’s director Dinga Bakaba giving us the elevator pitch on the game, explaining the main elements of the gameplay and describing the game as a “murder puzzle”. Check it out below:

Deathloop gameplay trailer 3A Deathloop trailer was released during Sony’s February State of Play, showing a fluid mix of gunplay and powers along with the game’s signature 70s style intercut with Saul Bass-esque art. See for yourself in the third gameplay trailer:

Deathloop launch date revealThe first big Deathloop trailer revealed the game’s release date of May 21, 2021, which was later delayed. Check it out below:

“See how Colt tackles the problem of getting two Visionaries – Aleksis and Egor – in the same place at the same time,” the video description reads. “There are eight Visionaries responsible for keeping the time loop going. Eight people that have to die to make things right, and thanks to the time loop, you’ve only got one day to take them all out or the loop resets. But the targets are spread out across the island and are often only accessible at certain points throughout the day. So how can you possibly eliminate them all in time? The solution won’t be easy, but with some practice (and quite a few resets) you’ll be able to solve the puzzle of Blackreef and break the loop.” Check out the trailer below:

Gameplay trailerArkane showed off the Deathloop PS5 gameplay trailer back in June 2020, during Sony’s Future of Gaming event. This is when we found out the game’s initial release window of “Holiday 2020”. Check it out below:

From what we’ve seen and heard about Deathloop so far, this isn’t your run-of-the-mill shooter. As Colt, players will have access to various weapons and abilities to utilize in their assassinations. There are also different options for approaching each target depending on your playstyle, with the option to either go in guns blazing or stealthily pick them off.

Each new loop gives you a chance to uncover information or clues you might have missed the first time around, giving you more knowledge and helping you to decide how to approach an assassination. So, even when you die – which it looks like well happen a lot – you can use your failed experience to help you succeed the next time.

But Deathloop isn’t restricted to just a single-player experience. Instead, you have the option to turn on multiplayer, allowing another player to take on the role of Julianna, who will try and hunt you down while you complete your assassinations. Multiplayer is optional, and an AI can control Julianna instead.

Crucially, Deathloop isn’t a roguelike, and Arkane Studios’ game director Dinga Bakaba was quick to stress that the game doesn’t fall into that category. Yes, you’ll be repeating some actions, revisiting areas, and will obviously need to learn from your mistakes. But soon you’ll be powerful enough, and knowledgeable enough, to plot the perfect path to your target without things going awry.

PS5 exclusive for a year

Deathloop’s latest trailer, shown during a Sony State of Play, has confirmed that the game will remain a timed PS5 exclusive until September 14, 2022 at the earliest.

The game might be available on PC before that date, but the wording found at the end of the trailer makes it sound like we’ll be waiting a while to get the game on Xbox Series X and Xbox Series S, despite Microsoft owning the video game publisher and developer.

Level of ambition wouldn’t have been possible on old consoles

Deathloop’s director Dinga Bakaba has said that the game wouldn’t have been possible on last-gen consoles. In a recent interview with PLAY Magazine (via GamesRadar), Bakaba called the PS5 “a breath of fresh air” and that the new console has enabled the developer to  hit the “level of ambition” it wants without the usual constraints.

“It’s always heartbreaking when you get to the end of a project, and you have to optimize things, and now you have to cut your map in half and you have to justify why it’s in two parts,” Bakaba says, adding, “I don’t think that we would have been able to preserve the level of ambition of this game were it not for the move to next-gen.”

Art director Sebastien Mitton agreed with Bakaba and added that working with PS5 hardware allowed Arkane to create environments that are “as big or bigger than Dishonored 2, with a huge density.”

“With Deathloop’s dynamic weapons, every weapon will feel unique in your hands,”  Anne Lewis, senior content manager at Bethesda Softworks, wrote in a PlayStation Blog post. “From the way it fires or swings, to the way it reloads or connects with its target, you’ll feel the difference through the DualSense controller.

“When a low-tier weapon is jammed, your trigger button will be blocked halfway, giving you instantaneous feedback even before the animation notifies you. It’s a momentary setback that could force you to retreat for a beat while you fix it. As you’re watching your character on-screen punch the gun to get it in working order, you’ll feel a correlating strike in your controller, activating the mechanism to unjam it.”

Players should also be able to feel the change in surfaces thanks to the DualSense’s haptic feedback.