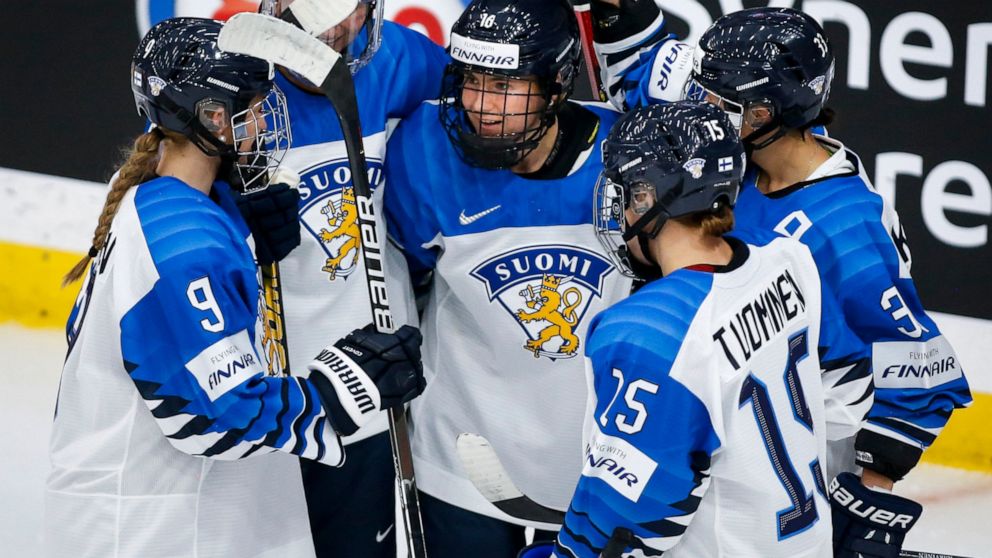 CALGARY, Alberta — Dominika Laskova scored twice and the Czech Republic beat Germany 2-0 on Wednesday night in the women’s world hockey championship to win Group B and avoid having to face the United States or Canada in the quarterfinals.

All five teams in Group A — with the five-time defending champion United States (3-0) and Canada (3-0) set to play for the pool title Thursday night — and the top three in Group B will advance to the quarterfinals.

Klara Peslarova made 12 saves to help the Czech Republic finish 4-0 in group play.

Laskova tied teammate Alena Mills for the tournament goal lead with four. Laskova opened the scoring at 4:28 of the second period and struck again at 9:09 of the third.

In Group A, Petra Nieminen scored twice in Finland’s 4-0 victory over Russia. Susanna Tapani and Jenniina Nylund also scored and and Anni Keisala made 13 saves.

On Thursday, Finland (1-2) will face Switzerland (0-3) for third place in the group. Russia completed the preliminary round 1-3.

Canadian captain Marie-Philip Poulin will sit out the showdown against the United States after blocking a shot with her chest Tuesday against Switzerland.

The United States has outscored opponents 12-0, beating Switzerland and Finland 3-0 and routing Russia 6-0 on Tuesday night.