COVID-19 Deaths in US Getting Worse but Far Below Pandemic Peak: CDC Data 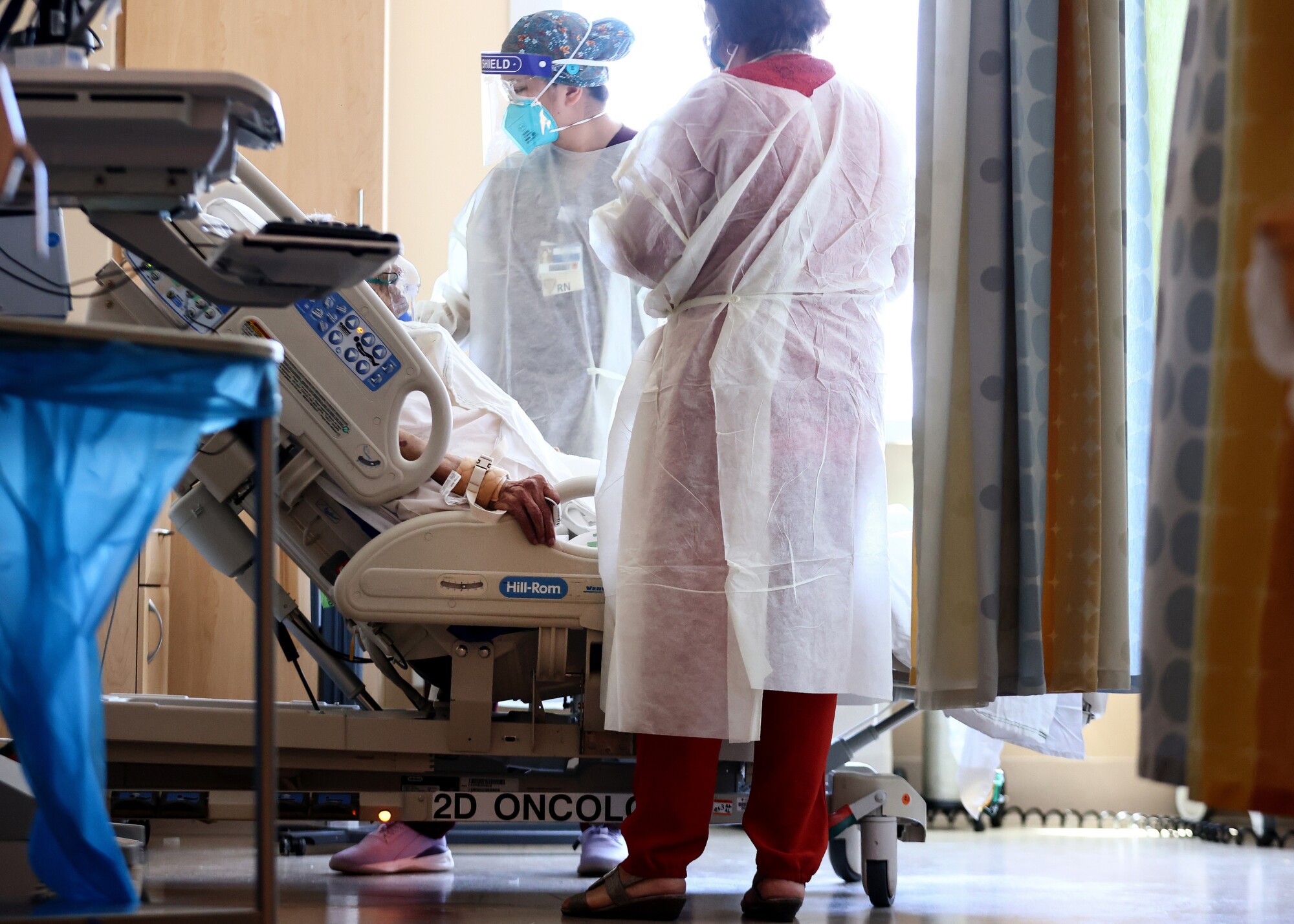 U.S. hospitalizations for COVID-19 are averaging nearly 35,000 per day, which is nearly 50 percent over the previous week, according to federal data, but it’s much lower than the pandemic’s peak in January 2021.

The United States is also reporting about 300 deaths per day, which is an increase from the 170 per day in early July. However, that’s far below the 2,000 daily deaths during the spring 2020 numbers and the 3,000 per day during the winter, according to numbers from the Centers for Disease Control and Prevention (CDC).

In the past week, the CDC issued several guideline updates, including recommending mask-wearing in high-transmission areas and recommending schools mandate mask-wearing for vaccinated and unvaccinated people when classes return in the fall. A number of large corporations have also mandated COVID-19 vaccines as a condition of employment in recent days.

The federal government has delivered unclear messaging around whether lockdowns would be considered or recommended.

While President Joe Biden suggested late last week that lockdowns could be in order due to the Delta COVID-19 variant, other White House officials, including National Institute of Allergy and Infectious Diseases boss Anthony Fauci, have suggested otherwise.

“I don’t think we’re gonna see lockdowns, I think we have enough of the percentage of people in the country [vaccinated]—not enough to crush the outbreak, but I believe enough to not allow us to get into the situation we were in last winter,” Fauci told ABC News.

The CDC’s mask-wearing guidelines update was also panned as unclear. Some questioned why it’s necessary for vaccinated individuals to wear masks.

“Vaccinated people are capable of getting the virus in their nose and throat and they do seem to have high enough levels of virus that they might be contagious,” National Institutes of Health Director Francis Collins told CNN on Sunday. “Hence the reason. If you’re in a community where this virus is spreading, which is about 75 percent of counties right now, it is prudent to put on a mask, even if you’re vaccinated, just in case you might be someone who is currently spreading it.”

In France, meanwhile, thousands of people protested for a third consecutive weekend against the introduction of a mandatory vaccine passport that will be required for entry to many public venues such as theaters, restaurants, gyms, and other areas. Protests were also seen in Germany, Italy, Switzerland, and elsewhere.

COVID-19 is the illness caused by the CCP (Chinese Communist Party) virus.