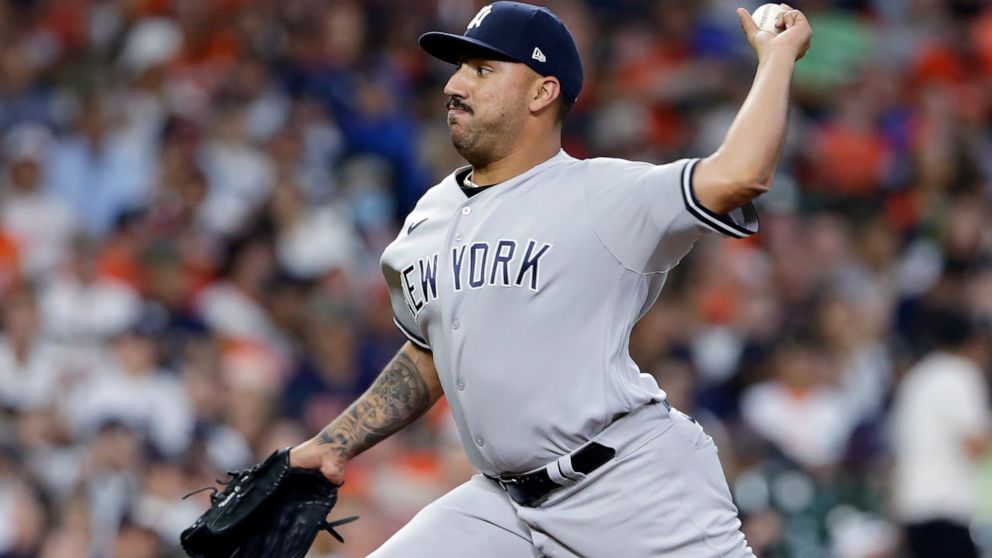 HOUSTON — New York Yankees manager Aaron Boone hoped he could get three innings out of Nestor Cortes in a spot start against the Houston Astros.

Instead, the left-hander almost made it through the fifth Friday night, setting the tone in a three-hitter that led the Yankees to a 4-0 win.

After Cortes left, three relievers completed the shutout while Brett Gardner and DJ LeMahieu each drove in two runs to provide a cushion.

Cortes permitted two hits in 4 2/3 innings, striking out two and walking two and lowering his ERA to 1.05.

“He was terrific,” Boone said. “Then the rest of the bullpen was able to take it from there. He gave us more than we could have hoped as we continue to build him up.”

Cortes was glad to finally solve the Astros. In four previous appearances against them, he’d given up six home runs.

“I have bad history against the Houston Astros,” he said. “So to give 4 2/3 innings of strong baseball was good. And we got the win, so that’s what was most important.”

It was New York’s first visit to Houston since Game 6 of the 2019 AL Championship Series. The Astros advanced to the World Series with a 6-4 win in that game on a two-run homer by Jose Altuve with two outs in the ninth.

The powerful Houston hitters, however, didn’t give their fans at Minute Maid Park anything to cheer about. The Yankees, meanwhile, got back on track at the plate after managing just one hit in a 4-0 loss at Seattle on Thursday.

Gardner admitted that New York’s history in Houston crept into his mind on Friday.

“From time to time you can’t help but think of the past, but when the time comes you have to be able to block that out and focus on the task at hand,” he said. “

Gleyber Torres singled with one out in the fourth inning, Gio Urshela singled with two outs and Gardner doubled to the right-field corner.

Gardner walked with one out in the seventh, Tyler Wade doubled and LeMahieu hit a two-run double to push the lead to 4-0.

Kyle Tucker hit a ground-rule double in the second and added a double in the seventh to lead the Astros in a game where the top four batters in Houston’s lineup went a combined 0 for 16.

“We’re in a situation where you’re missing some of your big boys that probably would have made a difference,” manager Dusty Baker said. “We couldn’t really get anything going. We were behind the 8-ball all day.”

Yankees: OF Miguel Andújar missed a third straight game on Friday and Boone said he has a strained wrist and he isn’t sure when he can return. … 1B Luke Voit was out of the lineup on Friday, but Boone said he was OK and it was just a day off to let him rest after being “beat up” this week.

Astros: SS Carlos Correa was placed on the injured list due to health and safety protocols. … Utility player Aledmys Díaz took batting practice on the field on Friday for the first time since fracturing his left hand when he was hit by a pitch on June 5. Baker said there still isn’t a timetable for his return.

Green, who struck out two on Friday night, has a 0.52 ERA with 23 strikeouts in his last 11 appearances. He’s had eight outings this season of at least two innings and seven of them have been scoreless.

Former Astros ace Gerrit Cole (8-4, 2.91 ERA) will face Houston for the second time this season when he starts on Saturday night against Zack Greinke (8-2, 3.64). Cole allowed five hits and two runs in seven innings but did not factor in the decision in a 7-4 Houston win on May 6.