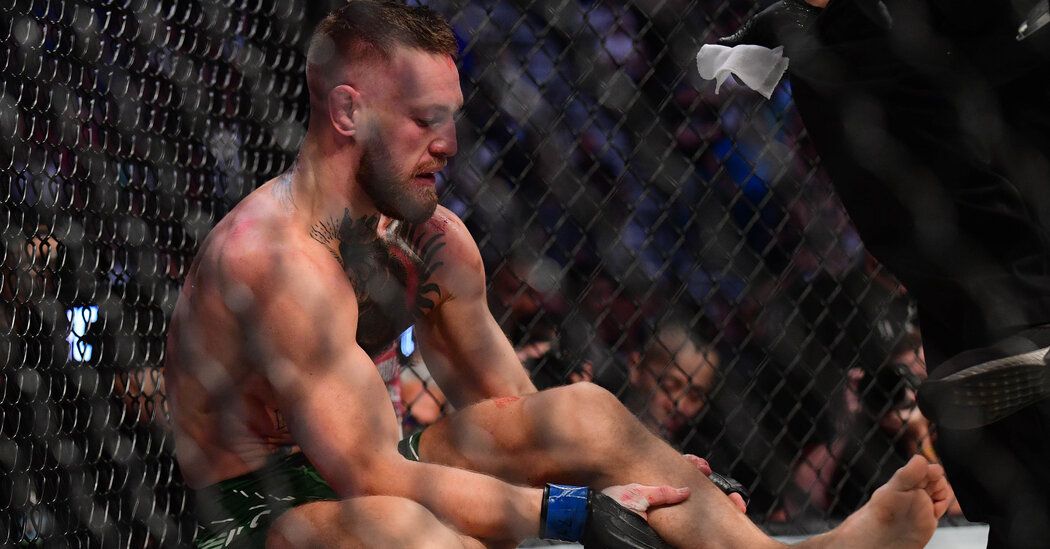 “It’s not a good feeling,” Poirier said. “I won, and I feel like what happened was because of something I did, but it’s not like I submitted him or put him away. There’s going to be so many voices and so many people saying, ‘Oh, you didn’t win.’”

But the biggest star of the sport remains McGregor, who rose to prominence because of his stout performances and his brash trash talk. He became the first athlete in U.F.C. history to hold belts in two weight classes simultaneously.

But his focus began to shift away from mixed martial arts.

In 2017, he participated in a crossover boxing match with Floyd Mayweather, a global spectacle that earned McGregor a guaranteed $30 million. This year, McGregor sold his stake in an Irish whisky brand he founded for a reported $600 million. Forbes named him the highest-paid athlete in 2021.

But the U.F.C. stripped McGregor of both of his belts because of inactivity, and he has faced legal trouble.

McGregor pleaded guilty to assault for punching a man in 2019 at a bar in Ireland, and he accepted a plea deal for throwing a hand cart at a bus carrying U.F.C. fighters in Brooklyn in 2018. In January, McGregor was sued in Ireland by a woman who said he raped her in 2018, an accusation he has denied. (The Irish law enforcement authorities also declined to pursue criminal charges against him.)

Poirier said that he took offense to McGregor’s antics this week involving him and his family, and that the loss reflected his lack of sportsmanship.

“He got what he had coming to him,” Poirier said. “Karma is a mirror.”

Still, fans overwhelmingly favored McGregor. They cheered for the Irishman while booing Poirier, a native of Louisiana. Las Vegas fed off the energy, too.

Nick Kyrgios Aims For a Doubles Title at the Australian Open