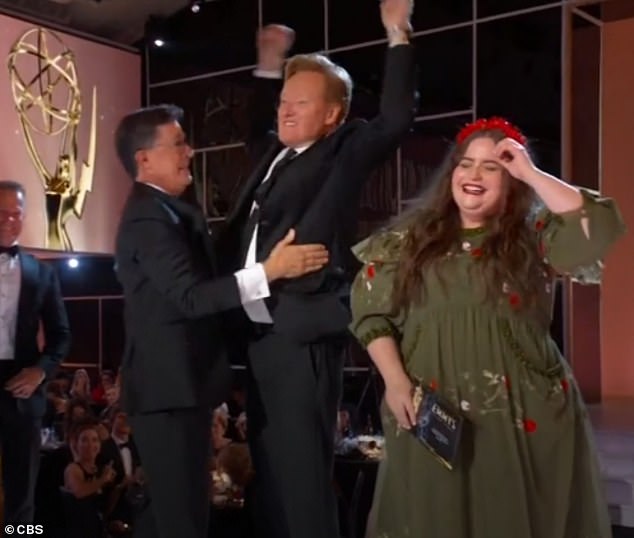 Colbert won for his Election Night 2020 live special, beating the likes of the Grammy Awards and the much-derided Oscars ceremonyConan jokingly stormed the stage and was seen jumping for joy as Colbert made his acceptance speechBoth Colbert and Conan lost out in the Outstanding Variety Talk Series to John Oliver

By George Stark For Dailymail.com

His famous talk show ended in June this year, amid a ratings plunge across the board for late night hosts during the pandemic.

But on Emmy night, Conan O’Brien made sure to have a bit of fun as he jokingly stormed the stage to celebrate rival Stephen Colbert accepting a win for Outstanding Variety Special (Live).

It seemed that Colbert was in on the gag though, as he appeared to reference the stage-crasher, after O’Brien was seen cheering with joy behind him.

Expanding on the possible prank backstage, Colbert told reporters: ‘I said “why don’t you come on stage with us if we win?” We love Conan. We’re honored to be superfans of Conan O’Brien.’

As the crew of The Late Show with Stephen Colbert looked happy accepting their win, prankster O’Brien could be seen nodding his head with a fixed grin, clearly goofing off and pretending to be part of the success. 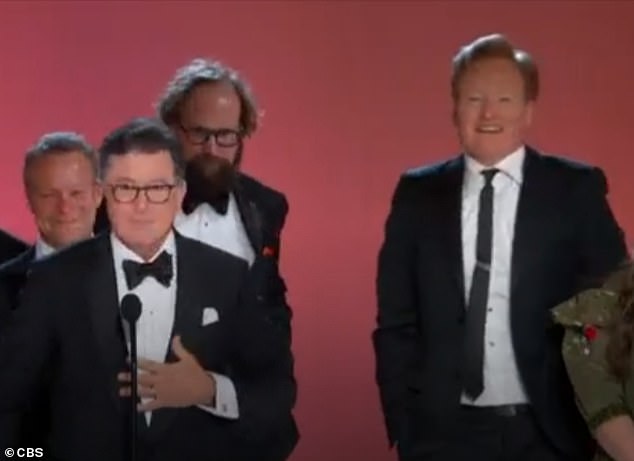 And the winner is: Conan was seen hamming it up behind Colbert, who was making an acceptance speech 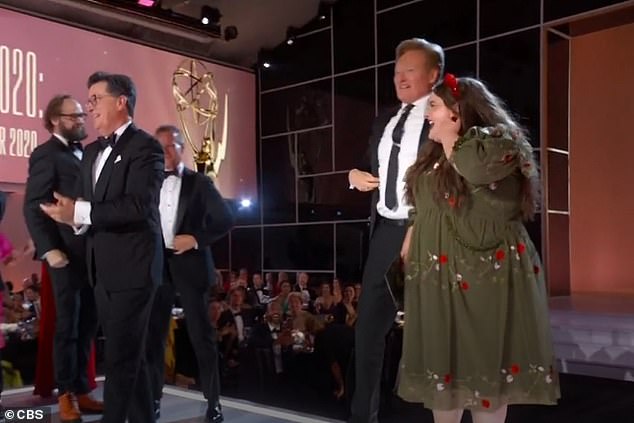 Who invited you: Conan delighted viewers at home with his rambunctious actions

Colbert won for his Election Night 2020 live special, beating the likes of the Grammy Awards and the much-derided Oscars ceremony.

Both Colbert and Conan lost out in the Outstanding Variety Talk Series to John Oliver.

But it wasn’t just stage crashing that caused a splash for O’Brien, as he also went viral during a speech made by Television Academy Chairman and CEO Frank Scherma.

Hilarity: Viewers took to social media to express their joy at Conan’s antics

Going down a storm: Audiences appeared to be delighted with the talk show host going rogue

Once again, it was O’Brien’s effusive cheering that began to make the audience laugh, including Scherma who said, ‘Thank you, Conan’ during the speech.’

His behavior even caught the attention of comedian Wanda Sykes who tweeted: ‘Conan is giving no F’s tonight!’ 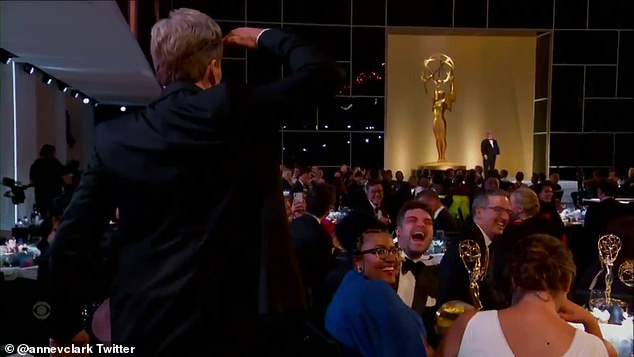 Playing the fool: Conan also sparked laughter for his effusive cheering during a speech made by Television Academy Chairman and CEO Frank Scherma 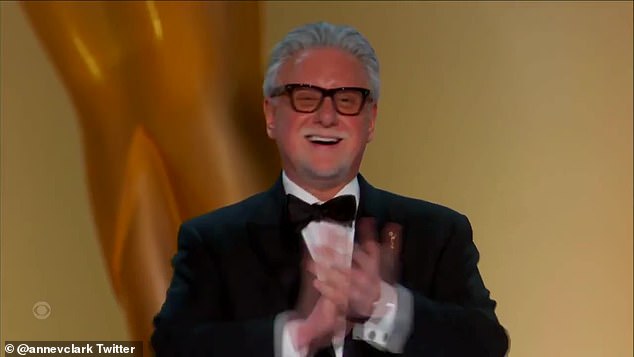 Taking note: Scherma clocked Conan’s gag as he said, ‘Thank you, Conan’ during the speech

Another fan tweeted: ‘#Conan is either not getting invited again or he’s just sealed his next hosting gig… #Emmys.’

Since the demise of his show Conan – that first premiered in 2010 – there has been rumors that he is set to move to HBO Max.