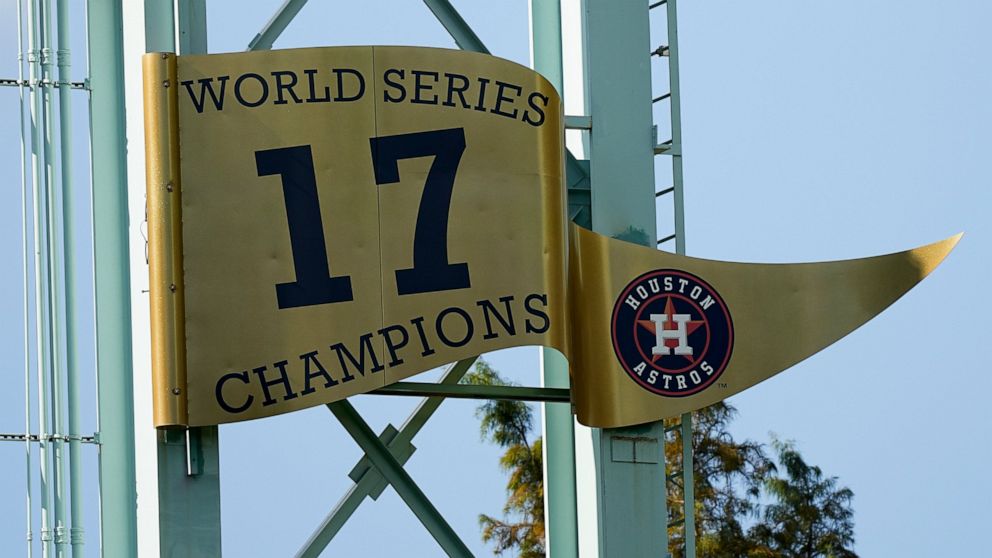 Stop if this sounds familiar. The World Series is here, and so unfortunately are the Houston Astros.

For the third time in just five years, if you’re keeping score at home. And, yes, they’ve brought their baggage along.

The difference this time? We know who they are.

That wasn’t the case in 2017 when Houston players banged garbage cans and hit like they knew what was coming in beating the Dodgers in seven games. It wasn’t the case two years ago when the core group of Astros that is still with the team got a free pass in a losing effort against the Nationals because their cheating ways had yet to be exposed.

But now we know. Even as we try to forget, we know.

Tune in Tuesday night if you’re so inclined, though for many this will be a tough World Series to watch. The sight of Astros like Carlos Correa, Alex Bregman or Jose Altuve at the plate will be a painful reminder of what happened in the recent past and a constant reminder that none of them have missed even one paycheck because of it.

Many of the same players who stole a title are playing for the trophy once again. Meanwhile, the Dodgers fell just short of the World Series, depriving them and their fans of their rightful chance to set things right on the field.

They likely may never get that chance again as the years go by and players move on. There will be no closure, because Rob Manfred decided that the players who actually perpetrated the scheme should, for some reason, not be punished.

The answers aren’t terribly hard to figure out.

Viewed at their worst, the World Series favorites consist of a core group of unapologetic cheaters who don’t deserve their names on one World Series trophy much less a spot in another.

At their best, well, the Astros are a bunch of unapologetic cheaters who, well, you try to fill in the rest.

No, the Atlanta Braves aren’t perfect. But their only real crime is continuing to allow their fans to do the incessant tomahawk chop and chant that was tired and offensive even when Jane Fonda and Ted Turner were doing it back in the 90’s.

Compare that to the Astros, who should have collectively been charged with felony grand theft for what they did in 2017. The distaste about what transpired that year is only heightened by the arrogance of those who never even got a letter of reprimand for their actions.

No, not all the current Astros were on that team. But this team still has that 2017 smell, even if all the cheaters aren’t still around.

The thought of them lifting another World Series trophy should disgust baseball fans — and fans of fairness — everywhere. Any idea that they should be celebrated by anyone outside of Houston for getting to a third World Series in five years is indefensible.

About the only thing the Astros have in their favor is Dusty Baker is now in the dugout. And that makes a lot of baseball fans conflicted, because Baker deserves better.

He’s a baseball treasure who probably should have at least two World Series rings as a manager by now. Even Dodger fans can’t help but secretly root for the man who once patrolled Bakersfield in Dodger Stadium and by now he’s been long forgiven for dugout mistakes made at stops along the way.

Watching Baker finally get a ring as a manager at the age of 72 would be epic. But watching him celebrate with a group of cheaters wouldn’t.

At some point, of course, we’ll all have to move on. Grudges can’t be kept forever and in a few years all the cheating players will be gone anyway.

For now, though, the wounds are still too raw. Another World Series looms, and there are still too many players on the team who were a part of the scandal.

The home faithful will be cheering wildly Tuesday night as the Astros open as 7-5 favorites to win another World Series.

The rest of us won’t.

Tim Dahlberg is a national sports columnist for The Associated Press. Write to him at [email protected] or http://twitter.com/timdahlberg