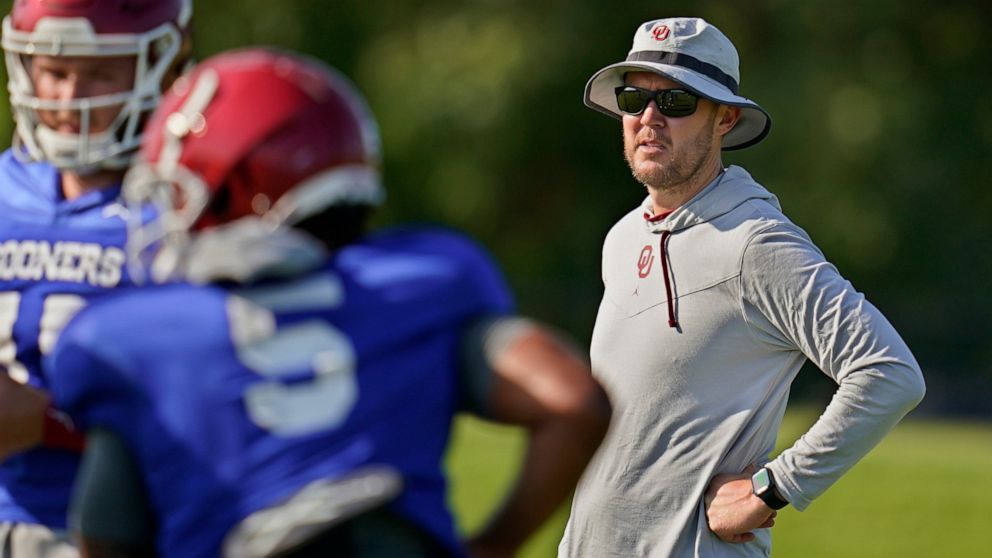 The Southeastern Conference is getting bigger and, somehow, even stronger.

Three other major conferences have formed an alliance, whatever that means.

And the Big 12 is dead man walking.

After a period of relative stability, college football heads into a new season wobbling from the aftershocks of another major earthquake.

Not even Nostradamus would be willing to venture a guess on how it’s all going to shake out.

But this much is clear: the SEC will become a 16-team behemoth with the addition of Big 12 powerhouses Oklahoma and Texas, a move that occurs by 2025 at the latest and probably sooner.

The Big Ten, Atlantic Coast Conference and Pac-12 have all dropped back on defense, hoping that some sort of vague partnership will somehow keep the SEC from spreading its tentacles even farther.

Which leaves the Big 12 as the odd man out, seemingly destined to join the Southwest Conference and others in the pantheon of defunct leagues, remembered only by those who pick up a history book.

The SEC’s motives are clear: consolidate its stranglehold on college football — and, by extension, all of college athletics.

But the hastily assembled partnership announced this week between its three most viable Power Five challengers (plus Notre Dame, a quasi-ACC member) must come up with a clearly defined vision if it wants to keep the SEC in check.

That’s not an easy task.

Consider the unwieldiness of the Big Ten-ACC-Pac 12 alliance — 41 schools stretching from Boston to Los Angeles, from Miami to Seattle, a hodge-podge of institutions that have little in common other than making sure the SEC doesn’t block all the sunlight.

Given how quickly this all had to come together, maybe it’s not surprising that little was offered in the way of details.

“There’s no contract. There’s no signed document,” Pac-12 Commissioner George Kliavkoff said. “There’s an agreement among three gentlemen and a commitment from 41 presidents and chancellors and 41 athletic directors to do what we say we’re going to do.”

Well, we all know how much gentlemen’s agreements and non-contractual commitments are worth in the cut-throat world of college athletics.

Frankly, we’ll bet a thousand bills to your dollar that all 41 schools will continue to focus mainly on what benefits them individually, not the collective good.

Heck, they couldn’t even agree to agree on what stance they’ll take on a proposal to expand the College Football Playoff from four to 12 teams (a move that looked certain to happen until everyone hit the re-set button after the SEC gobbled up the Oklahoma and Texas like some sort of Pac Man run amok.).

“This is not a voting bloc. We’ve not committed to voting together on anything,” Kliavkoff said, each word making this sound less and less like a viable alliance. “We’ve committed to discuss all of these issues, and to try to come up with solutions that are in the best interest of long-term college athletics.”

For now, the alliance’s only real objective seems to be some sort of loosey-goosey commitment not to go after each other’s members.

But suppose the SEC comes sniffing around Clemson — an ACC powerhouse that has been one of its few serious challengers? Or perhaps Florida State, if the Seminoles can once again become relevant in college football?

As we know, the SEC usually gets what it wants.

The conference has pretty much been the sun that the rest of college football revolves around since its first major expansion three decades ago, which blew up the familiar conference model that had governed the sport through its modern existence.

When the SEC poached Arkansas from the Southwest Conference (as part of an expansion that also included then-independent South Carolina), split into two divisions and set up a conference championship game, it forever changed the look of the sport.

The Southwest Conference crumbled, the Big Eight conference swooped in to pick through the remains (becoming the Big 12), the Atlantic Coast Conference grabbed Florida State before the SEC could, and the Big Ten began scrambling for schools to join its 11th member, Penn State.

The SEC made its next big move in 2011, swiping Texas A&M and Missouri from the Big 12. The Big Ten and ACC were busy expanding, too, becoming 14-team leagues, while the Pac-10 grew into the Pac 12.

The Big 12 shrank to 10 schools but managed to survive by keeping Texas and Oklahoma in the fold.

But that was always a tenuous arrangement at best, and it finally feel apart with word this summer that both the Longhorns and the Sooners had secretly been in talks to join the SEC — pulling the trigger on a lucrative move that has pretty much been on the radar since the beginning of this 30-year-long realignment scramble.

Now, there’s no hope for the Big 12 — especially after it wasn’t included in the new alliance arranged by the other Power Five members.

All it got were hollow words.

“We want and need the Big 12 to do well,” ACC Commissioner Jim Phillips said. “The Big 12 matters in college athletics.”

Not for much longer.

Iowa State and Kansas could wind up in the Big Ten. Oklahoma State and TCU are possible candidates for an expanded Pac-12. West Virginia fits geographically with the ACC. Texas Tech, Baylor and Kansas State might have to drop down to a Group of Five conference such as the American or Mountain West.

If nothing else, let’s hope a viable challenger emerges to the SEC.

The conference has ruled college football for far too long, claiming 11 of the last 15 national championships and showing no signs of slowing down, certainly not as long as Nick Saban is at Alabama.

When Oklahoma — ranked No. 2 behind the Crimson Tide in The Associated Press preseason poll — and Texas come aboard, the balance of power will tip even further in its favor.

That’s great for the SEC.

It’s not so good for college football.

Paul Newberry is a sports columnist for The Associated Press. Write to him at pnewberry(at)ap.org or at https://twitter.com/pnewberry1963 and check out his work at https://apnews.com/search/paulnewberry