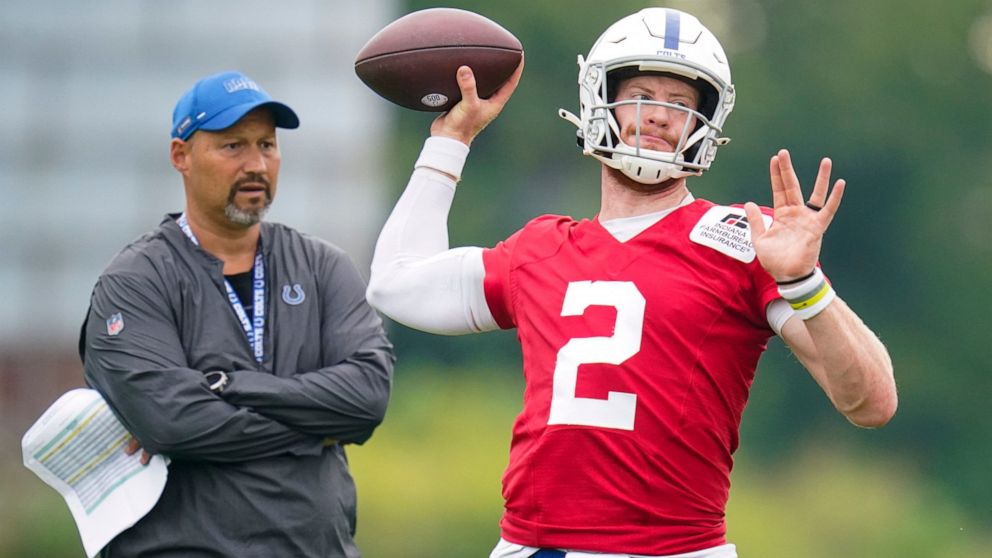 He was to have surgery Monday to remove a piece of bone, coach Frank Reich said. Doctors determined Wentz had broken the foot years ago, probably in high school. Part of the bone came loose during practice last Thursday.

Wentz hasn’t practiced since and instead has been making the rounds with doctors. Reich said the Colts will have a better timetable about two weeks into Wentz’s rehab.

Reich made the announcement following his return to the practice field after missing all of last week’s workouts because of a positive COVID-19 test.

For now, Indy plans to use Jacob Eason as the starter. Eason was a fourth-round draft pick in 2020 and has not appeared in an NFL game — regular season or preseason. The Colts also signed veteran quarterback Brett Hundley on Saturday.

Wentz’s absence is the latest blow to a team that made the playoffs last season and expected its new quarterback to help them contend for an AFC championship and Super Bowl title this season.

Two-time All-Pro linebacker Darius Leonard has not practiced because of ankle surgery in June. Two-time Pro Bowl left tackle Eric Fisher and defensive lineman Dayo Odeyingbo, a second-round pick in April, are both still out as they recover from torn Achilles tendons.

But cornerback T.J. Carrie was activated from the COVID-19 list Monday and Reich returned to the field for the first time since testing positive for COVID-19, days before camp opened last week. Reich was fully vaccinated.