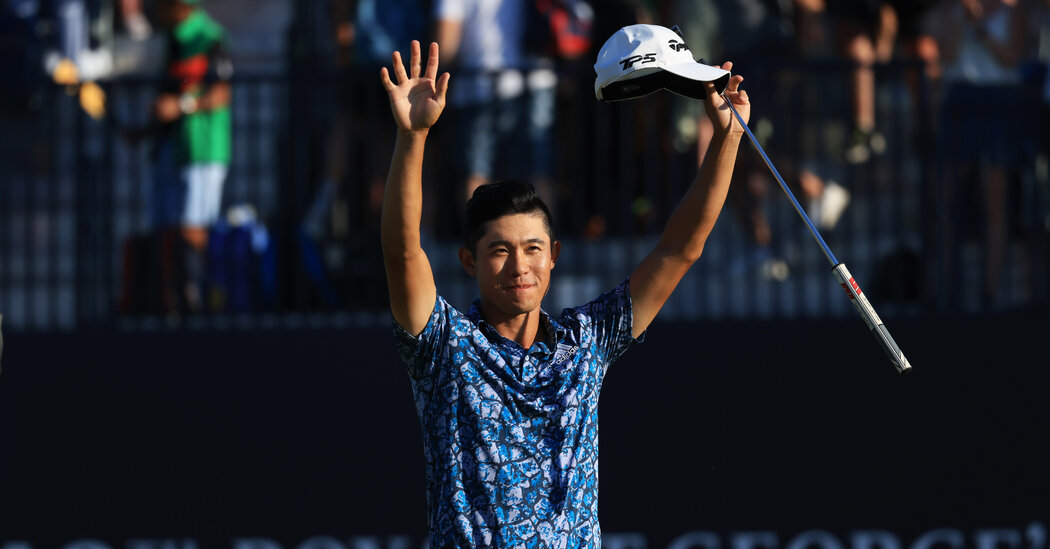 Making his first appearance at the event, Collin Morikawa on Sunday won the British Open by two strokes.

A year ago, Morikawa won the P.G.A. Championship in his debut at the tournament. Morikawa, 24, becomes the first male golfer to win two different major golf championships while playing in them for the first time. Overall, he has competed in only eight majors in his career. He is the fourth American to win the British Open in the past 10 years.

It was the fifth victory for Morikawa in a PGA Tour-sanctioned event. He has had seven top 10 finishes this year, including a victory in the World Golf Championship-Workday Championship. Raised in California, he graduated from the University of California, Berkeley, and turned pro in 2019. In his first 14 months on tour, he had eight top 10 finishes.

Morikawa began the final round on Sunday at Royal St. George’s one stroke off the lead held by Louis Oosthuizen of South Africa. The American Jordan Spieth finished second at 13 under. Oosthuizen dropped to a tie with Jon Rahm in third.

The British Open returned to Royal St. George’s this year for the first time since 2011, when Darren Clarke of Northern Ireland won the championship. Clarke, at 42, became the oldest golfer to win the British Open since 1967 when he won by three strokes to hold off the Americans Phil Mickelson and Dustin Johnson, who finished tied for second.

The British Open was not contested in 2020 because of the pandemic.