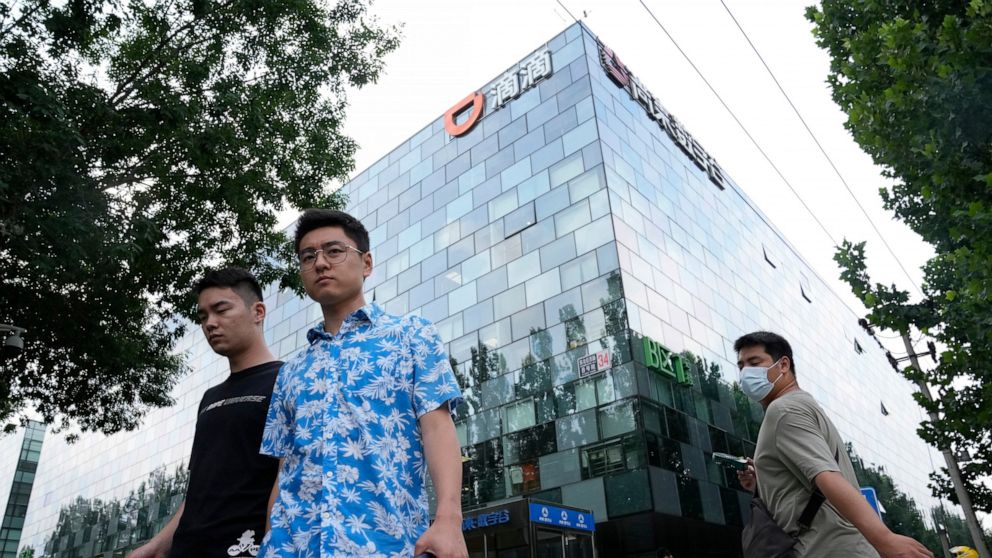 Didi Global Inc. has denied a report by The Wall Street Journal that the ride-hailing service was considering buying back its U.S.-traded shares after its June market debut was disrupted by Chinese government orders to overhaul data security

BEIJING — Didi Global Inc. on Friday denied a report by The Wall Street Journal that the ride-hailing service was considering buying back its U.S.-traded shares after its June market debut was disrupted by Chinese government orders to overhaul data security.

The Journal, citing unidentified sources, said buying back the shares was one option being considered by Didi and its bankers to resolve investor complaints. Didi’s share price has fallen about 25% since its June 30 debut after the company was blocked from adding new customers while it overhauled how it handled their data and regulators announced a review of company-wide network security.

“The company affirms that the above information is not true,” Didi said on its website. “The company is fully cooperating with the relevant government authorities in China in the cybersecurity review of the company.”

The three-sentence statement gave no information about the security review, when normal operation might resume or possible options being considered in response to investors’ complaints.

Didi, headquartered in Beijing, raised about $4.4 billion in its stock offering.

It is one of a series of Chinese companies hit by stepped-up enforcement of anti-monopoly, data security and other regulations.

China’s cyberspace regulator said it found “serious violations” in how Didi collected and stored personal information. It said the company was to “rectify problems” but gave no details. Didi was later ordered to remove 25 of its apps from online stores.

Chinese authorities said this month they will step up supervision of companies with shares traded on foreign stock exchanges. It said that will include oversight of cross-border data flows and management of confidential information.