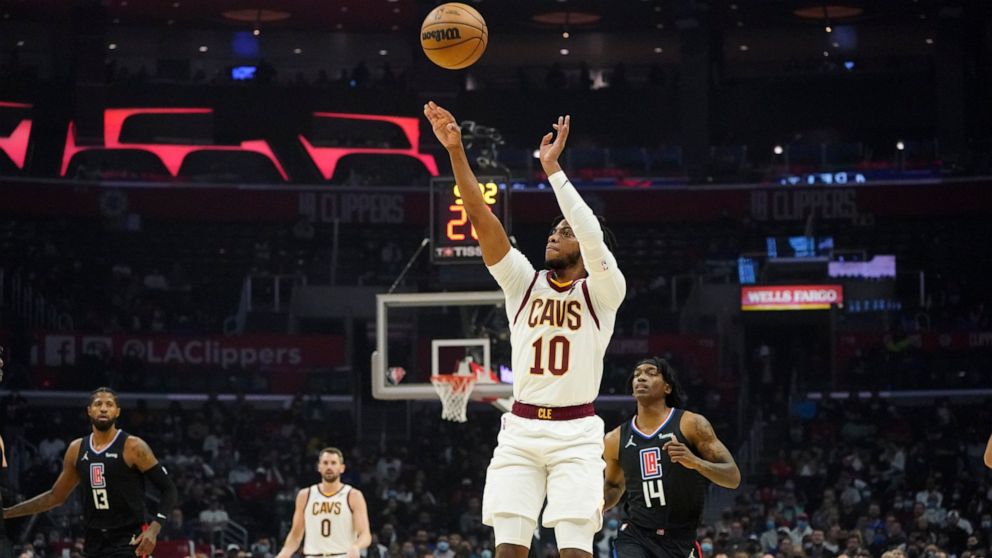 It was the Cavs’ first road win against the Clippers since March 13, 2016.

Evan Mobley had 12 points and 10 rebounds in his homecoming game. The former Southern California star taken third overall in the draft has scored in double figures in all five games this season.

Mobley made an impression. He dunked over Ivica Zubac and later blocked his fellow 7-footer on a drive in the first quarter.

Nicolas Batum scored a season-high 16 points and Reggie Jackson added 16 for the Clippers on a night when Paul George struggled.

He missed his first seven shots and finished 6 of 20, went 0 for 8 from 3-point range, and had 12 points and 10 rebounds to go with four fouls. George, along with fellow starters Batum and Jackson, failed to score in the opening quarter.

Zubac dunked and scored on consecutive possessions to get the Clippers within four to start the fourth. But the Cavs outscored them 14-4 to extend their lead to 16 points.

The Clippers were coming off a 30-point rout of Portland on Monday, when they had 21 steals, 37 assists and forced 30 turnovers.

That team didn’t show up against the Cavs.

After opening the season 0-2, Cleveland won its third in a row. The Cavs snapped a seven-game overall skid and a four-game road losing streak to the Clippers.

Three times the Clippers closed within three in the third. Jackson hit back-to-back 3s that pulled them to 63-62.

The Cavs led by 15 points before George made his first basket of the game in the second. He hit three in a row and Jackson got his first points during a 17-9 run that closed the first half with Cleveland ahead 47-40.

Clippers: Their lone victory so far was against the Blazers.

Cavaliers: Play Lakers on Friday as part of their five-game trip.

Clippers: Visit Portland on Friday in their second road game of the season.