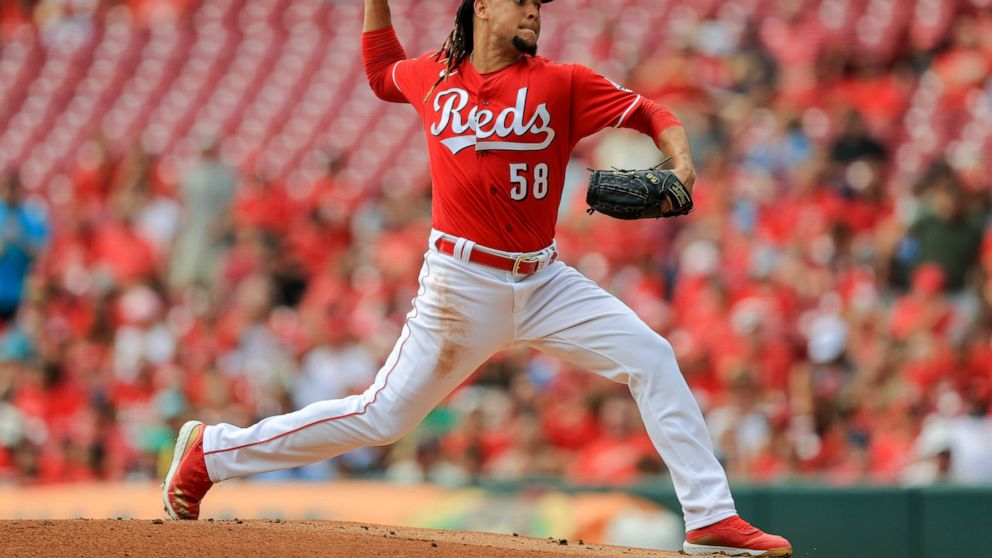 Luis Castillo pitched six effective innings, Tyler Stephenson homered to give the Reds a cushion they ended up needing, and Cincinnati held on to beat the Minnesota Twins 6-5

CINCINNATI — Luis Castillo pitched six effective innings, Tyler Stephenson homered to give the Reds a cushion they ended up needing, and Cincinnati held on to beat the Minnesota Twins 6-5 on Wednesday.

Jonathan India had three hits and Joey Votto drove in two runs for the Reds, who came in trailing first-place Milwaukee by 7 1/2 games in the NL Central. Cincinnati also trailed San Diego by five games for the second wild card and is hoping to make up ground during a six-game homestand against last-place teams.

Castillo (6-10) allowed Jorge Polanco’s first-inning solo homer but settled in nicely from there, allowing six hits and one walk while striking out seven to win his third straight start.

Stephenson went deep to the batter’s eye in left-center to give the Reds a 6-1 lead in the seventh.

The Twins then sent nine batters to the plate in a four-run eighth. Trevor Larnach drove in two with a double, Miguel Sanó had an RBI double and Ryan Jeffers added a run-scoring single before Michael Lorenzen came in for a five-out save, his first of the season.

The Reds scored all their runs with two outs. They strung together three run-scoring hits to take a 4-1 lead in the third. Votto followed Kyle Farmer’s RBI single with a two-run double and scored on Stephenson’s single to left.

Castillo got help from shortstop Farmer to get out of the sixth. With runners on first and second and nobody out, Farmer took a throw from India at second and executed a 360-degree turn before relaying to Votto at first for a double play.

Reds: All-Star OF Nick Castellanos (right wrist) took close to a half-hour of batting practice Wednesday and manager David Bell said he “might be a day away” from returning. The NL batting leader at .329 went on the 10-day injured list on July 22.