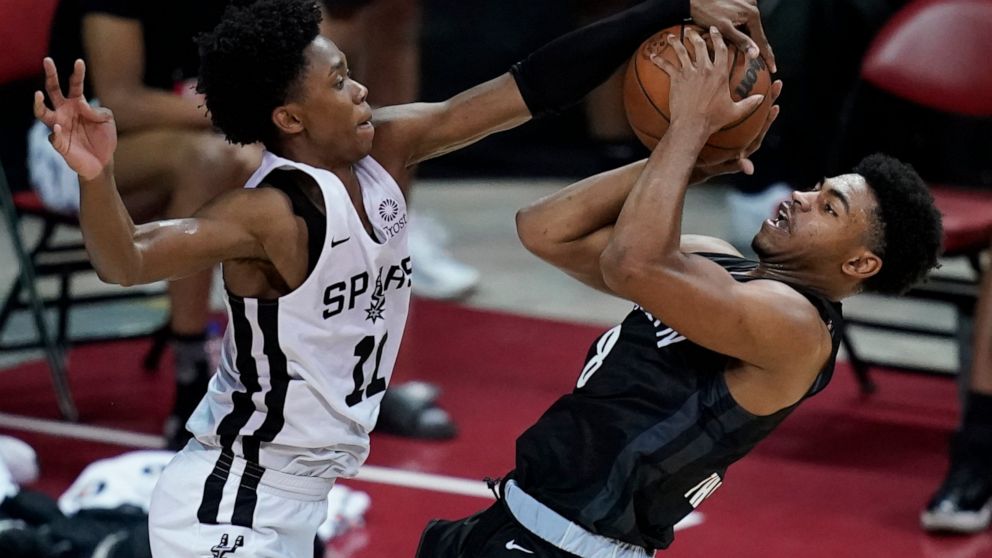 Thomas, the former LSU player selected 27th overall in the NBA draft, was 11 of 25 from the field and made all 11 of his foul shots. Thomas was coming off a 31-point performance Thursday night that including the winning 3-pointer in sudden-death double overtime against Washington Wizards.

“Just win, that’s my mindset,” Thomas said. “I just want to win the game. My teammates and coaches trust in me to close out the games. … So really, it’s just confidence.”

Jordan Bowden had 14 points and Alize Johnson chipped in with 13 points and 14 rebounds. The Nets (3-1) took the lead late in the third quarter after a sluggish first half.

“We started out slow,” Thomas said. “We had to get stops and that helped us get the victory.”

Joshua Primo led the Spurs (1-3) with 21 points, although he was just 8 of 22 from the field. Tre Jones had 18 points and DaQuan Jeffries had 15 points in the loss.

Sacramento (4-0) earned a spot in the NBA Summer League championship game Tuesday night against the Boston Celtics with a victory over Dallas.

Carlik Jones had 18 points and Feron Hunt added 12 points and eight rebounds for the Mavericks, who finished 0-4 in Las Vegas. Dallas again struggled from deep, making just 4 of 22 3-point attempts.

Jaylen Nowell finished with 26 points and seven rebounds, Jaden McDaniels had a tying 3-pointer at the end of regulation and Minnesota remained unbeaten with an overtime win over Philadelphia.

Although the Timberwolves improved to 4-0, they won’t get a chance to play in the NBA Summer League championship game on Tuesday night because of the point differential tiebreaker.

Philadelphia center Paul Reed turned in one of the best overall performances of the summer with 27 points, 20 rebounds, four assists, four steals and four blocks.

Trey Murphy III scored 22 points, including on a tip in with 1.3 seconds left in overtime to keep New Orleans undefeated. However, like the Timberwolves didn’t make it to the championship game due to point differential.

Naji Marshall added 14 points and 12 rebounds in the win.

Coffey and Johnson combined to make 8 of 12 3-point attempts.

“Each game I’m getting more and more comfortable with the guys around me,” said Johnson, the 21st overall pick. “I feel like I’m trying to learn more and more so I can implement it into my game.”

Jason Preston added 16 points on 7-of-10 shooting as the Clippers held off a late Jazz rally to win for the first time this summer.

The Jazz (3-1) got 18 points each from Udoka Azubuike and Trent Forrest, and 17 points from Elijah Hughes but couldn’t overcome a double-digit fourth quarter deficit after being outrebounded 59-44.

Milwaukee got 18 points each from Jordan Nwora and Mamadi Diakite, while center Sandro Mamukelashvili had 11 points and 10 rebounds.

Yante Maten had 18 points and nine rebounds off the bench and Cole Anthony added 15 points and seven rebounds for Orlando against Houston. Jalen Suggs, Orlando’s top draft pick, did not play due a thumb injury.

First-round draft pick Josh Christopher led the Rockets with 22 points, while center Alperon Sengun added 13 points and 10 rebounds. Jalen Green, the No. 2 pick in the draft, was held out with soreness in his right hamstring.

Neither Suggs or Green is expected to play again in Las Vegas.