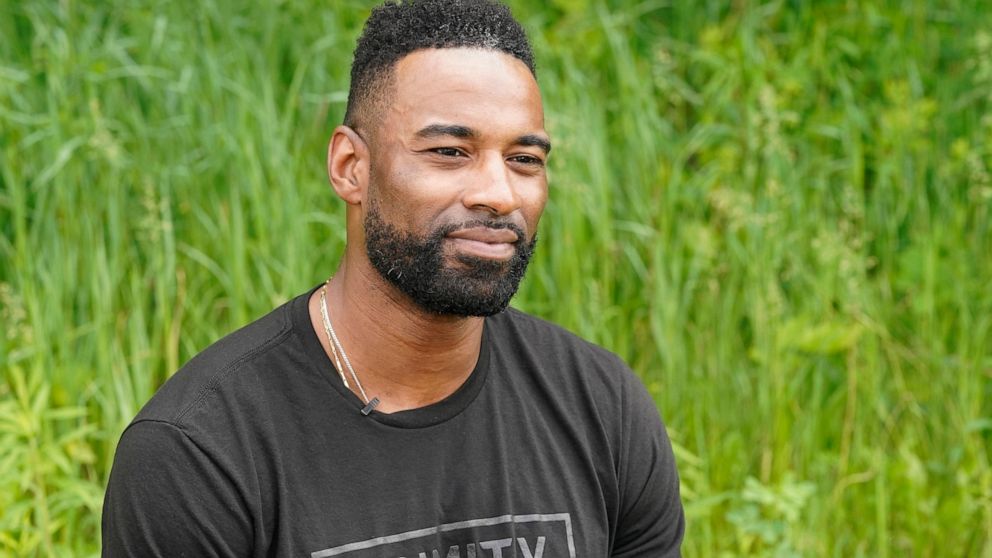 WEBBERVILLE, Mich. — Calvin Johnson is simply in awe that he will soon join Jim Brown and Gale Sayers as Pro Football Hall of Famers inducted at 35 years old or younger.

The relatively young man, known as Megatron when he was a Detroit Lions receiver, plans to make the most of a post-playing career. He aims to change the conversation about cannabis and help improve the lives of people whether or not they want to partake.

Johnson and former Lions teammate Rob Sims founded Michigan-based Primitiv, a cannabis research company, and created a collaboration with Harvard University to research how marijuana can help people with CTE and chronic pain.

“What he’s trying to do here is really, really powerful – in being able to create collaborations that can help find a solution to players who are transitioning out of the NFL,” Harvard Medical School professor Wilfred Ngwa said.

Johnson will also be the face and voice of a new app created by NESTRE, a Florida-based company focused on increasing brain health and mental wellness.

“It’s not often that you spend time with a Hall of Famer, but at the same time somebody that is just a genuinely good person, no ego,” Tommy Shavers, founder and CEO of NESTRE.

Johnson was unassuming around reporters throughout his nine-season career with the Lions, usually shrugging his shoulders and coming up with an aw-shucks answer to questions about his play.

Teammates raved about how he worked out as if he was competing for the final spot on the roster.

“He’s not a diva, as they say, as some receivers tend to be,” said Derrick Moore, who will introduce Johnson during his Pro Football Hall of Fame induction.

And, he didn’t just do that for the cameras.

“Arguably the greatest receiver in the history of the game is in here mopping floors,” Sims said.

Johnson, though, has a side of him that is not so pleasant and it can been seen and heard when discussing his feelings about the Lions.

When Johnson retired in March, 2016, the team compelled him to pay back more than $1 million of the signing bonus from his eight-year deal that was could’ve potentially paid him $132 million and kept him under contract through the 2019 season.

“Of course,” he acknowledged. “That’s the reason I am not going back over there.”

Lions president Rod Wood has said the team is continuing to communicate with Johnson. The team would love to have Johnson come a game this season to celebrate his Hall of Fame induction, but he’s not interested.

“If someone comes in your pocket and says, `Hey I’m gonna take this $200 from you and I still want you to be my friend and come over to my house tomorrow,'” Johnson said. “What are you gonna do? Hell, no.”

Johnson’s retirement rekindled memories of how Hall of Fame running back Barry Sanders left Detroit shortly before the 1999 season. Sanders, too, had a rift with the Lions perhaps in part because he had to return $1.8 million of his signing bonus to them. Three years ago, the team paid him to be an ambassador and he attends functions for the franchise.

If the Lions return the money Johnson had to pay back, he said everyone will know.

“You’ll see me around the team,” he said.

Detroit drafted Johnson out of Georgia Tech with the No. 2 pick in 2007 and had a winning record in just two of his nine seasons.

Despite sometimes drawing two defensive backs as if he was lined up wide for a punt team, he was tough to stop because of his size, speed and strength.

Johnson’s skill set helped him break one of Hall of Famer Jerry Rice’s records with 1,964 yards receiving in 2012. The three-time All-Pro and six-time Pro Bowl player reached 10,000 yards receiving (115 games) and 11,000 yards (127 games) yards quicker than anyone in NFL history. He also set a league record with 86.1 yards receiving per game, a mark that Julio Jones has surpassed.

Even though his career was relatively short, he made enough of an impact to be enshrined with greats of the game.

In the end, though, he wants to be known for much more than what he did on the football field.

“Yeah, football, Hall of Fame, that’s a great legacy,” Johnson said. “But I would love for my legacy to be able to create something here that goes beyond, creating that quality of life for people and so many different applications. That’s what I’m all about.”