California Will Curtail Water to Farmers Amid Drought 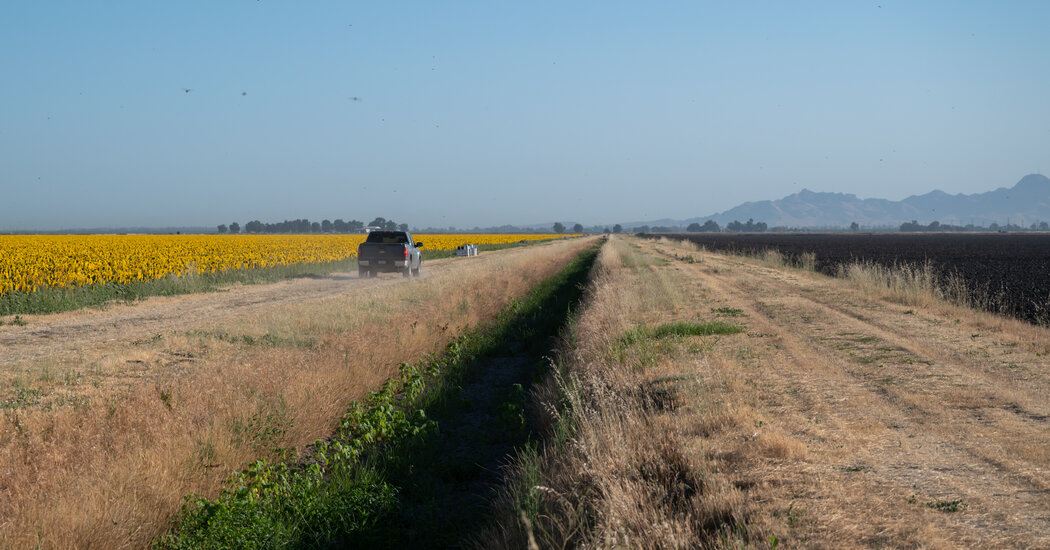 Facing an acute and growing drought, California will reduce the amount of water that farmers in the state’s agricultural heartland are allowed to draw from its largest rivers, officials announced this week. It is the most severe measure taken by the state since a drought emergency was declared for most of California in May.

The unanimous vote by the State Water Resources Control Board on Tuesday will come into force in about two weeks, when thousands of farmers in the watershed of the Sacramento and San Joaquin Rivers — the lifeblood of the agricultural Central Valley — would be subject to drawing restrictions. Depending on a farmer’s rights and status, the amount of water that can be drawn could be reduced or cut altogether.

A separate curtailment order was passed for the Russian River north of San Francisco.

It is the fourth time in recent decades that California has curtailed water rights for farmers, and experts say climate change is likely to make similar restrictions more regular.

California, by far the largest agricultural producer in the United States, may see declines this year in lower-value crops like corn or alfalfa because of the drought, said Jay Lund, an expert on California’s water system at the University of California, Davis. But many farmers will still be able to draw on ground water and other stored water for their needs, he said.

“For the high-value crops like almonds and wine and most of the fruits and vegetables, I don’t expect to see a large drop in production,” Professor Lund said.

The most recent rainy season, running from October to March, was the third-driest on record.

The largest reservoirs in Northern California, where this year’s drought is most severe, are at about one-third of their capacity. In July, Gov. Gavin Newsom called on Californians to voluntarily cut their water usage by 15 percent.