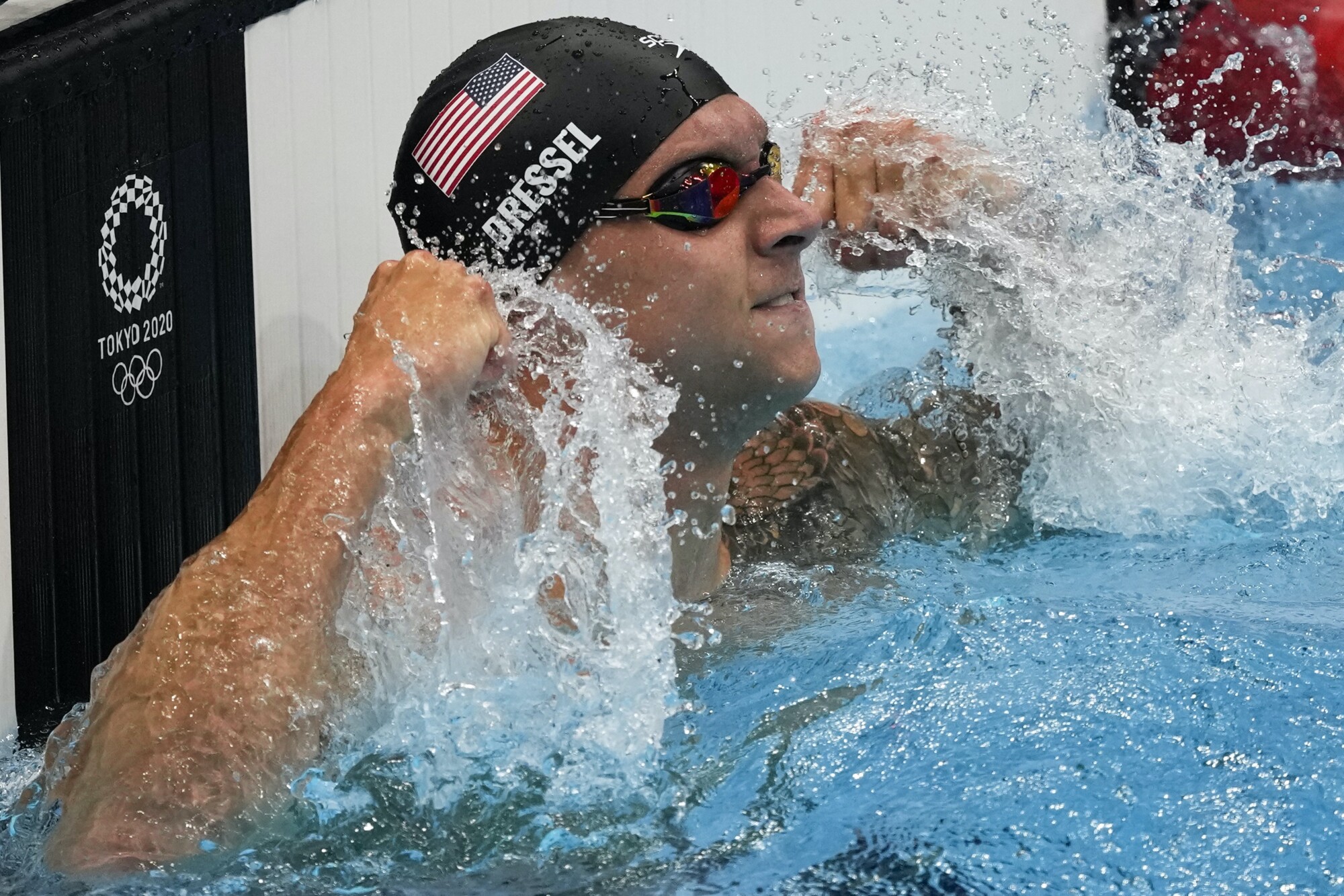 TOKYO—Make it five for Caeleb Dressel.

The American star won his fifth gold medal of the Tokyo Games, finishing off one of the great performances in Olympic history. He joins an elite club of just four other swimmers ever with at least five gold medals at one games.

Dressel swam the butterfly leg as the Americans set a world record in the 4×100-meter medley relay with a time of 3 minutes, 26.78 seconds—eclipsing the mark of 3:27.28 they set at the 2009 Rome world championships in rubberized suits.

Ryan Murphy, Michael Andrew, and Zach Apple joined Dressel on the winning team, ensuring the Americans closed out the swimming competition with another gold in a race they’ve never lost at the Olympics.

Earlier in the session, Dressel won the 50 freestyle for his third individual title of the games. He also won two golds on the relays.

Dressel starred at the pool with Australia’s Emma McKeon, who won two more golds Sunday to push her overall total to seven—four gold and three bronze.

Mirroring Dressel’s final day, McKeon won the 50 free and took the butterfly leg on the Aussies’ winning 4×100 medley relay team on the women’s side.

McKeon became the first female swimmer to win seven medals at a single games. The only men to do it are Michael Phelps, Mark Spitz, and Matt Biondi.