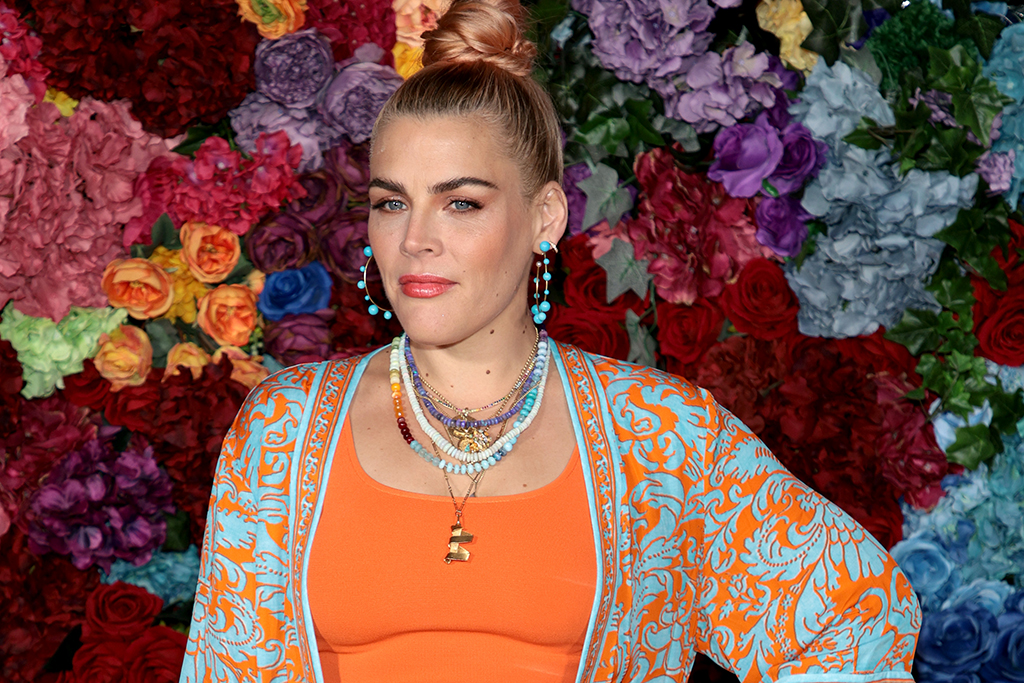 Busy Philipps wants you to get out and vote. On Tuesday in New York, the actress attended the Argent’s pop-up shop launched in partnership with women’s advocacy group Supermajority.

It also just so happens to be National Voters Registration Day.

At the event, which was aimed to mobilize women to make a plan and pledge to vote, Philipps spoke on the importance of using her platform for such causes.

“I actually think it’s more important than ever,” she told FN. “Especially right now, with voting, I think that a lot of people in the last few months have been like, ‘Wait, how did we get here?’ And the truth is that showing up for local and state elections is so important to how we got to the place that we’re currently in politically.”

Philipps has been a staunch advocate for women’s rights and abortion care. Most recently, she called out South Carolina Senator Lindsey Graham’s 15-week abortion ban proposal.

“So how did we get here? Well, not enough people were paying attention in state and local elections,” she continued. “And that’s where things get decided, like TRAP laws, which are targeted restrictions against abortion providers, that have been happening for the last 20 years or so and that happens on a state level.”

“When it comes down to it, make sure that you’re registered, make a plan to vote, make sure that you get your vote in. Life is busy,” said Philipps. “We all have a lot on our plates. As a woman, who is also a mother, I know how quickly your days can be thwarted when you have children and a job and other responsibilities. There are many ways for you to vote, you just have to do it and make the plan and follow through.”

With the midterm elections coming up, Argent, a woman’s work-wear brand promoting gender equality through clothing, is doing its part in empowering women to vote and help understand the importance of showing up. It’s companies like these, Philipps said, she wants to support. “When I see brands that are engaged in social activism, making the world a better place, making pledges, I’m always more likely to shop them,” she said. “People are wising up to the fact that you have to look at the whole picture and figure out what people stand for and what you are supporting with your dollars.”

The pop-up shop is located at 27 Mercer Street and is open until Sept. 26. While people can see if they are registered at the location, the store also features the permanent return of Argent’s viral pink suit, with the proceeds benefiting Supermajority. Back in 2020, the hot pink outfit, which was part of the Argent x Supermajority’s Election collection, sold out within 24 hours after celebrities such as Brooklyn Decker, Kerry Washington and Amy Schumer wore the pantsuit.