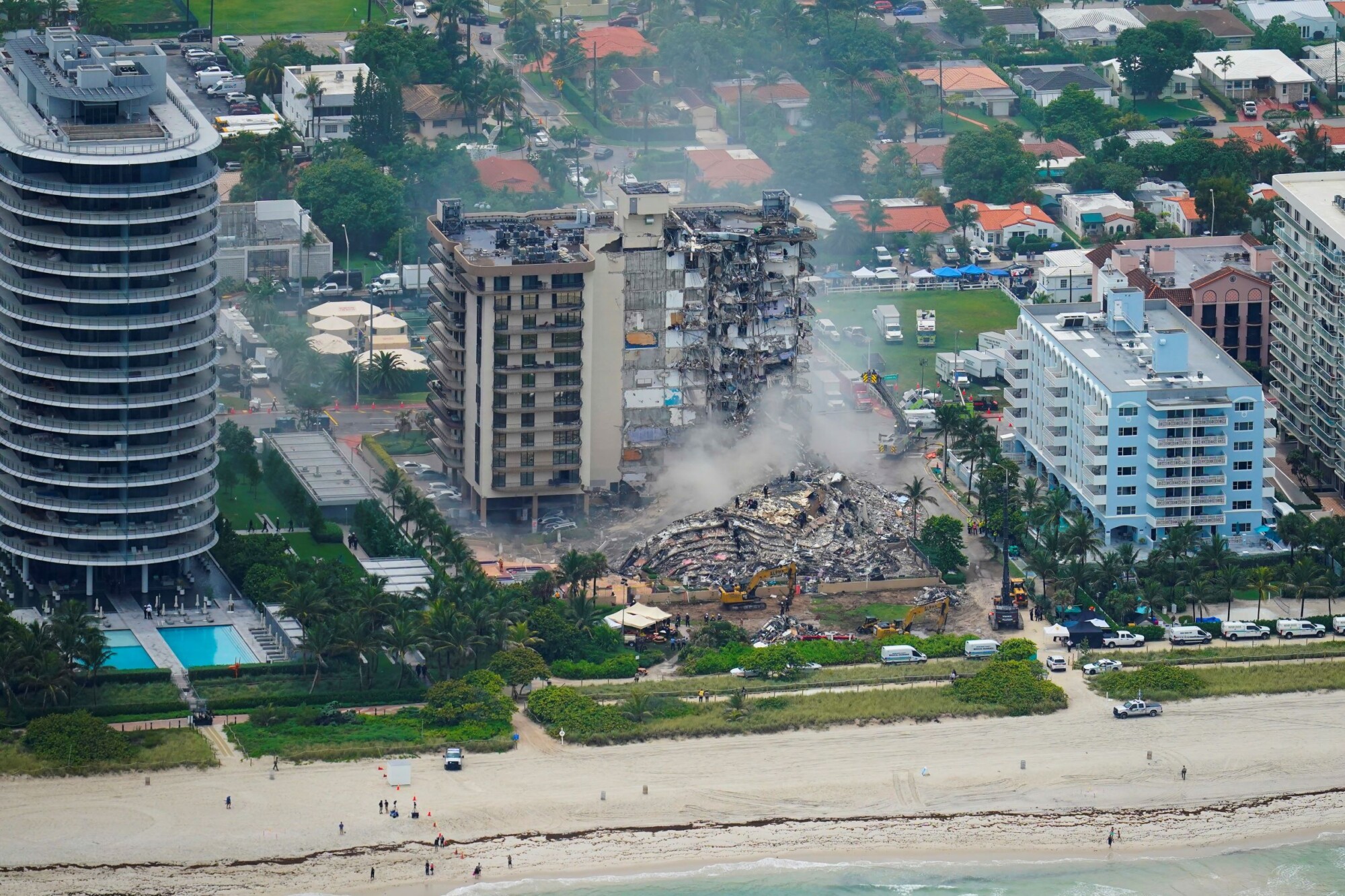 The quest to learn why a Florida condo building collapsed has already moved to the legal system, even before rescuers finish searching for victims and possible survivors.

Authorities have opened criminal and civil investigations into the collapse of the oceanfront Champlain Towers South, which killed at least 36 people and left more than 100 missing. At least six lawsuits have been filed by Champlain Towers families.

“The whole world wants to know what happened here,” Miami-Dade County Mayor Daniella Levine Cava told a news conference Tuesday. Everyone, she said, wants to know “what could have been prevented and how we make sure it never happens again.”

Miami-Dade State Attorney Katherine Fernandez Rundle has pledged to bring the matter to a grand jury, which will gather evidence and hear testimony, and could recommend criminal charges or needed reforms.

One lawyer involved in the litigation said the collapse raises widespread concerns about infrastructure issues and the trust put in those responsible for them.

“We deserve to be able to walk into buildings without worrying that they’re going to come crumbling around us and to know that our loved ones can go to bed at night without worrying that they’re going to plummet 12 stories to the ground below in their sleep,” said Jeffrey Goodman, whose Philadelphia-based firm filed suit on behalf of the children of missing resident Harold Rosenberg.

The lawsuits filed to date accuse the Champlain Towers South Condominium Association, and in some cases a local architect and engineer, of negligence for failing to address serious structural problems noted as far back as 2018. A Surfside town building inspector had also been part of the discussions, and Goodman’s firm has given notice of plans to add the town as a defendant.

“The role of building owners and architects and engineers and inspectors and safety professionals is to make sure that buildings are safe for their occupants to be in,” Goodman said.

At a hearing Friday, a judge appointed a receiver to represent the condominium association’s interests given the trauma experienced by board members, one of whom remains missing. The board has about $48 million in insurance coverage, while the oceanfront land is valued at $30 million to $50 million, the judge was told.

The judge said he hoped the litigation could be resolved quickly, perhaps within a year. Until then, he authorized the receiver, attorney Michael Goldberg, to provide $10,000 each to residents for temporary housing and $2,000 to cover funeral expenses.

Attorney Robert Mongeluzzi, who also represents the Rosenberg family and is seeking access to the site, said cases such as these are not just about the money.

“They want to make this a quest to find out what happened,” Mongeluzzi said. “We believe that evidence is still there.”

Neither condominium association board members nor their attorneys responded to emails seeking comment.

One prior case with possible legal parallels involves the 2013 collapse in Philadelphia of an unbraced brick wall of a building that was being demolished. It toppled onto an adjacent Salvation Army store, killing six people and injuring 13. One woman was found alive 13 hours later, but lost both legs and endured more than 30 surgeries before her death this year.

In the trials that followed, jurors reviewed emails that detailed a preexisting dispute over the demolition, and found the Salvation Army, the building’s owner and his architect largely responsible. The parties then agreed to pay $227 million in damages.

On the criminal side, the architect received immunity in exchange for cooperating with prosecutors, and the wealthy building owner was never charged. However, a food cart operator-turned-contractor was sentenced to 15 to 30 years in prison for involuntary manslaughter, though he was acquitted of third-degree murder. A forklift driver who was taking prescription drugs for an injury also went to prison after taking a plea deal.

“It was a tragedy, no question about it. It could have been avoided,” lawyer William Hobson, who represents imprisoned contractor Griffin Campbell, said Tuesday.

Still, he believes the people most culpable walked free while “the two guys at the bottom of the food chain” were prosecuted “based on race (and) social inequality.” Campbell continues to appeal the conviction, with support from some victims’ families.

The deaths prompted officials in Philadelphia to inspect demolition sites across the city and increase their oversight, which was widely perceived as lax.

In Florida, a grand jury is still reviewing the 2018 collapse of a pedestrian bridge at Florida International University that killed six people. And both manslaughter and third-degree felony murder charges were filed following the 1996 accidental crash of ValuJet 592 in the Everglades that killed 110 people.

Denis Bender, a tort law professor at Chapman University in Orange County, California, who studies widescale disasters, sees a growing tendency in such cases not just to seek damages but to pursue criminal charges, often for negligence. He said that could be because the public now sees them unfold in real time, as happened with the harrowing images beamed from Surfside around the world in the last week.

“I think it’s increasing because of the media and social media—not necessarily because there’s a drumbeat out there, but everybody’s horrified by what they can see. And there’s this cry for justice,” Binder said.

“On something spectacular like this, in today’s world, there’s great pressure to find fault,” he said. “And there’s enough evidence already (in Surfside) that people have made bad decisions.”