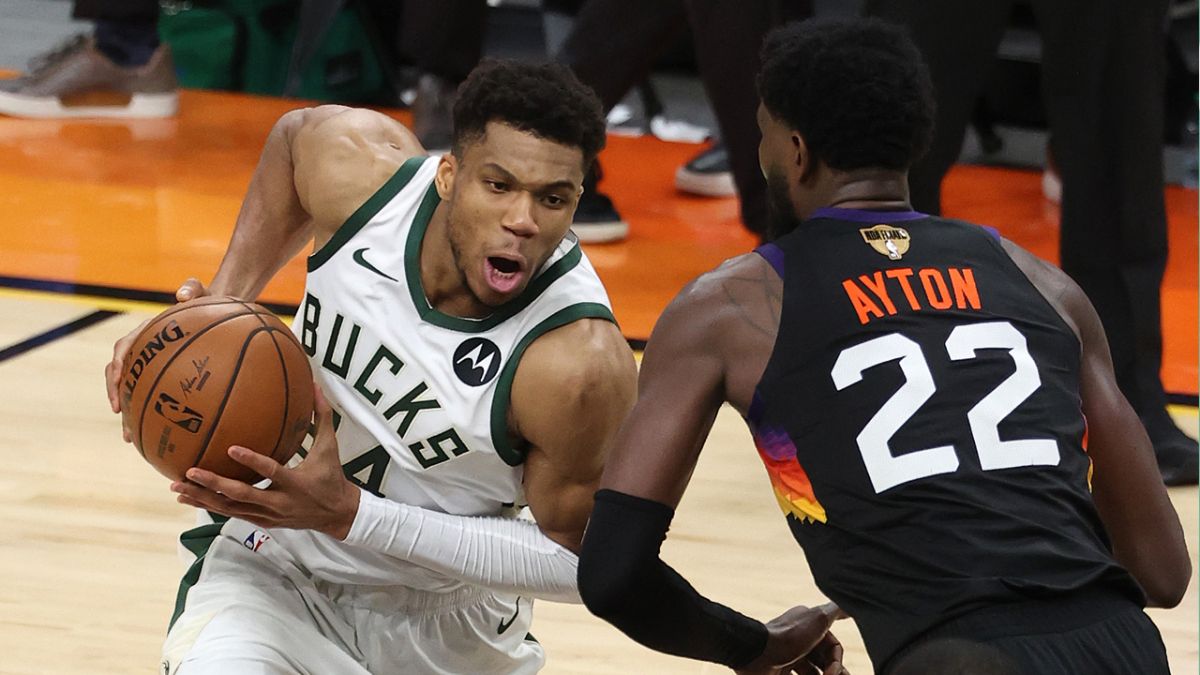 A true redemption story, the Bucks scraped back from 2-0 down after the first two games to being a point away from victory with two games left. Is it testament to Giannis’s indomitable presence on the court? Could the Suns finally be running out of steam? Only time will tell, but breaking a 50-year dry spell is likely as much encouragement as any team needs. Read on as we explain how to get a Bucks vs Suns live stream and watch the NBA Playoff Final series online from anywhere.

CP3’s biggest rival for the Trophy is Bucks star Giannis Antetokounmpo, and after suffering a nasty hyperextended knee in the Eastern Finals, he’s back on form, scoring (and blocking) buckets at an alarming rate – and any question marks over his fitness will likely be quashed now.

No matter what happens, though, this clash of titans should make sparks fly on the court as both Phoenix and Milwaukee ramp up to give it their all – so read on for how to watch the Bucks vs Suns game 6 online and get an NBA Playoff Final live stream from anywhere.

Stream NBA Final without cable with Sling TVGet your first month for only $10 now. With each game of the NBA Playoff Final being shown on both ABC and ESPN3, cord cutters can watch with a Sling TV subscription. Sign up to Sling Orange now and shave a mighty $25 off the usual monthly price, while also scoring access to AMC, CNN and 20+ more channels.View Deal

How to watch NBA Final from outside your country

Suns vs Bucks live stream 2021: how to watch the NBA Final online

Coverage of the Bucks vs Suns game 6 is available on both ABC and ESPN3, which are showing the entire NBA Playoff Final series.

How to watch Milwaukee Bucks vs Phoenix Suns: live stream NBA Final basketball in the UK

Basketball fans based in the UK can tune into the NBA Playoff Final on Sky Sports, with Sky Sports Main Event showing the Bucks vs Suns game 6 at 2am BST in the early hours of Wednesday morning.

Suns vs Bucks live stream 2021: how to watch NBA Final online in Australia

In Australia, the Suns vs Bucks game 6 starts at 11am AEST on Wednesdaymorning, and you can tune into the NBA Final on ESPN, which is available through Foxtel.