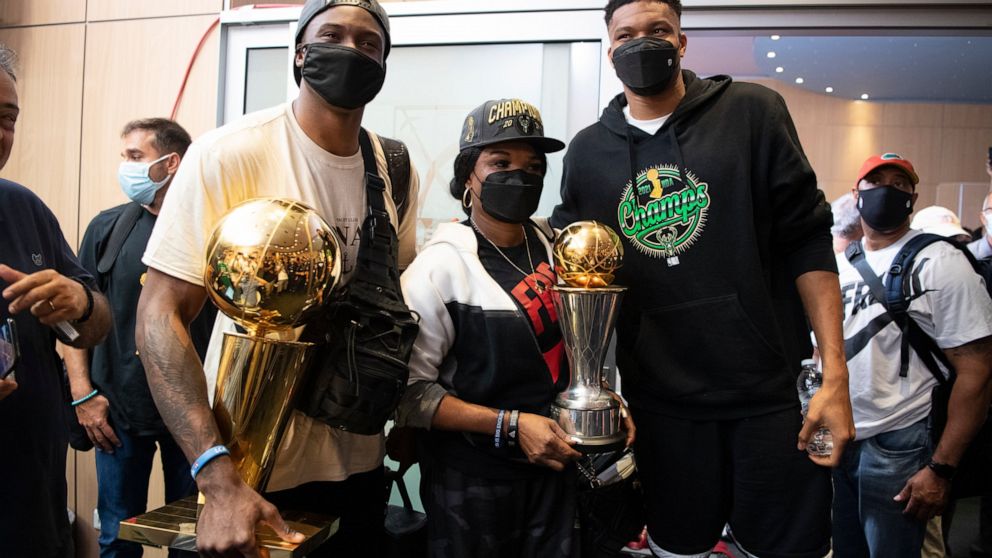 The Milwaukee Bucks are staying home for Christmas, which is becoming an annual perk for reigning NBA champions

The Milwaukee Bucks are staying home for Christmas, which is becoming an annual perk for reigning NBA champions.

The NBA released the schedule for the Dec. 25 quintupleheader on Tuesday, and the Bucks will play host to the Boston Celtics in the second of the day’s games. It marks the eighth consecutive season in which the reigning champion has gotten to play at home for the holiday.

The full season schedule will be released Friday afternoon, the NBA said. The league is returning to an 82-game season after playing a 72-game slate last season because of the pandemic, and it is expected that the Toronto Raptors — who spent last season playing home games in Tampa, Florida — will be allowed to play in their home city again this season.

Atlanta’s Christmas game will be its first since 1989, ending what was the longest drought in the NBA among franchises with at least one Christmas appearance. Charlotte and Memphis have yet to play on the holiday.

For Lakers star LeBron James, though, Christmas appearances are just about an annual occurrence. And this year’s matchup will likely be of the history-making variety.

If James plays in the Dec. 25 game against the Nets, it would be his 16th Christmas appearance and tie Kobe Bryant for the most in NBA history. If James starts that game, he would break a tie with Bryant for most Christmas starts; Bryant came off the bench once. If James scores more than 12 points, he will also pass Bryant for the most Christmas points; Bryant has 395, James 383. And should the Lakers win, James would become the first player to appear in 11 Christmas victories, breaking a tie with Dwyane Wade.

The Bucks, Lakers, Celtics, Nets, Warriors and Nuggets all played on Christmas last season. Utah and New York return for the first time since 2018, and Phoenix is getting its first Christmas game since 2009.

The NBA also released the schedule of nationally televised games for opening week, and this season will begin where last season ended — in Milwaukee, with the Bucks celebrating a championship.

Ring night in Milwaukee, as expected, is Oct. 17, when the Bucks will open the season against Brooklyn and with NBA Commissioner Adam Silver expected to be in attendance, as per tradition, to hand out the jewelry. Milwaukee won a Game 7 in the Eastern Conference semifinals on the Nets’ home floor during its run to its first championship in 50 years.

The other game on the slate for Oct. 17 has Golden State playing at the Lakers.

The nationally televised games on Oct. 18 are Boston at New York and Denver at Phoenix. On Oct. 19, it’ll be Dallas at Atlanta and the Los Angeles Clippers visiting Golden State. And the national doubleheader on Oct. 20 has Brooklyn visiting Philadelphia and Phoenix playing at the Lakers.