Britain prepares for a post-pandemic economy, and keeps spending. 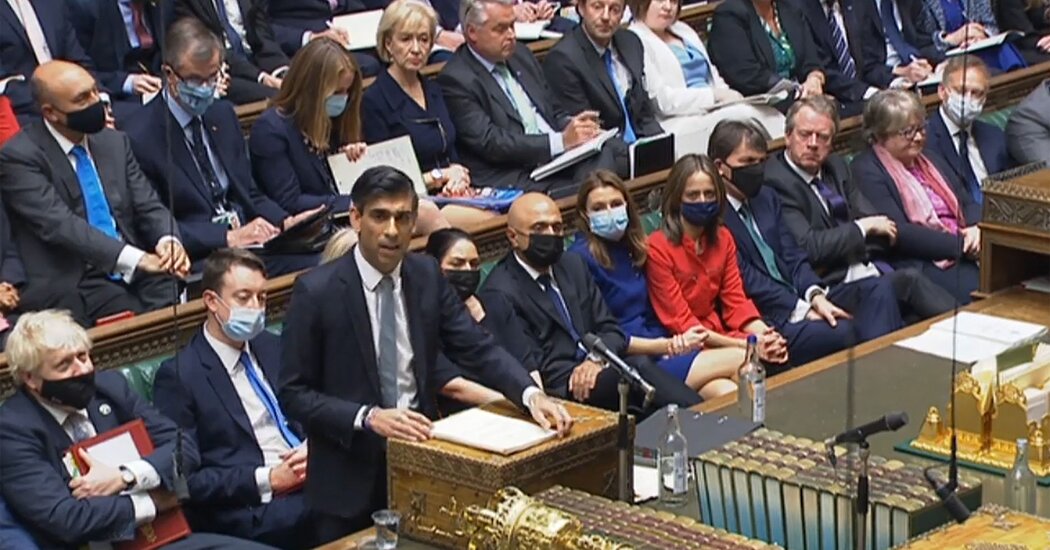 The chancellor has “delivered a ‘Boris budget,’” Torsten Bell, the chief executive of the Resolution Foundation, said in a statement.

Mr. Sunak is taking advantage of the better economic growth outlook and tax receipts, which have reduced forecasts for borrowing. He plans to spend about half of those savings on more public spending, which will increase the size of the post-pandemic state.“The government is spending more because they have favored a higher tax form of conservatism than many — including many Tory MPs — expected,” Mr. Bell added.

This is Mr. Sunak’s third budget since becoming chancellor in February 2020 just weeks before Britain was plunged into its worst recession in three centuries. He quickly became one of the country’s favorite politicians as he spent heavily — to the tune of £344 billion over the next year — on a furlough program that paid up to 80 percent of wages to restrain unemployment, on loans and grants to businesses, and even a meal-discount program to reinvigorate restaurants in August 2020.

Since then, he has looked for ways to shore up the Treasury’s finances. In March, at the last budget, he announced a plan to raise corporation taxes beginning in 2023, the first increase in the headline rate since 1974. And he said the government would freeze personal income tax allowances beginning next year, a measure that will push more people into higher tax brackets. Mr. Sunak has raised taxes by more this year than any other chancellor since 1993, according to the Office for Budget Responsibility.

A lot has changed since March, when the Office for Budget Responsibility predicted unemployment would rise to 6.5 percent, the economy would only grow by 4 percent this year, inflation would be 1.5 percent and borrowing would be £234 billion in the fiscal year ending in March 2022. Last March, just under 2 percent of the population had been fully vaccinated.

Now it is just under 80 percent of people over the age of 12. The economy seems on track to regain its prepandemic size around the turn of the year, several months earlier than previously predicted, and several of its other forecasts have undershot. The Office for Budget Responsibility now predicts the economy will rise 6.5 percent this year, and unemployment will peak at 5.2 percent and borrowing will be £183 billion.

The current pressures on supply chains and prices are mostly transitory, but there will be some long-term consequences, said Tera Allas, the director of research and economics in McKinsey’s United Kingdom and Ireland office.

“The budget is implicitly taking that into account by not delving deep into austerity right at the moment,” she said. “Recognizing there is still vulnerability in the economy, recognizing that Covid is not over and therefore you need to keep some of your options open.”