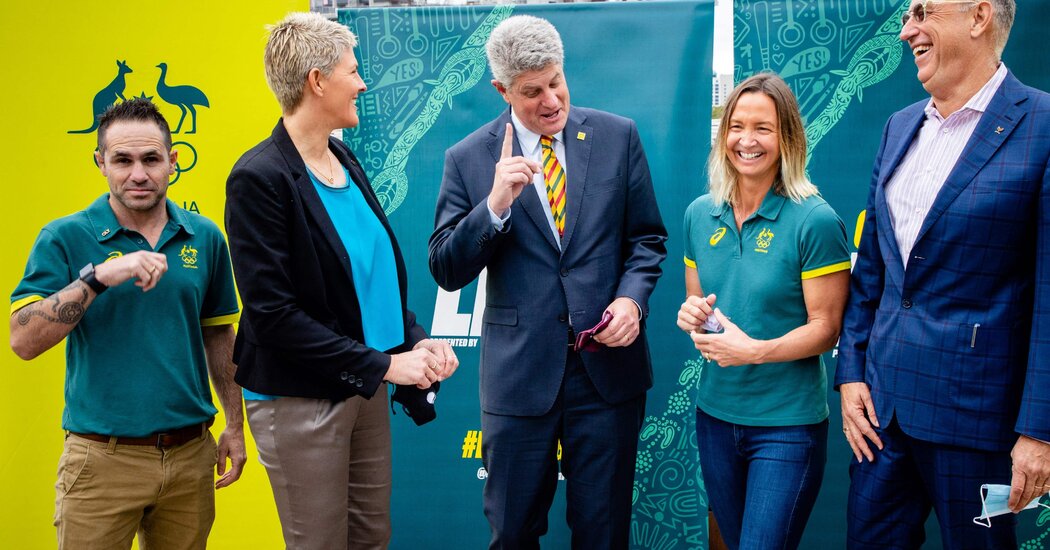 TOKYO — As the Summer Olympics stumbled to an unsteady start on Wednesday, the International Olympic Committee took a big step toward crystallizing its long-term future by voting to officially select Brisbane, Australia, as host of the Summer Games in 2032.

Australia is now set to become a three-time Olympic host. It previously held the Games in Melbourne in 1956 and in Sydney in 2000.

The I.O.C. now has the next three Summer Games mapped out: the 2024 Olympics will take place in Paris, while the 2028 Games will be in Los Angeles.

Brisbane was the first city to win a summer bid under a new selection process that was overhauled in 2019 to discourage the organization from pitting cities against one another in expensive bidding wars.

The old bidding process had become increasingly untenable. Candidates frequently pulled out of contention after encountering local opposition. Corruption was a persistent issue.

“This revolution of the bidding process is an essential part of our good governance reforms,” Thomas Bach, the president of the I.O.C., said in an interview before the Games. “With this new process, it’s much less prone to all this kind of lobbying and also corruption that obviously we saw in the past.”

The candidates that did make it through the old process were often flawed.

For the 2022 Winter Games, for instance, candidate cities from Germany, Norway, Sweden, Poland and Switzerland, among others, canceled their bids because of a lack of support at home. The last two bids remaining came from Beijing and Almaty, Kazakhstan — two places known for human rights issues. Beijing won the vote and the I.O.C. has since been peppered with criticism from human rights activists.

As part of the new process installed two years ago, the I.O.C. created two panels to review potential cities and make recommendations to the organization’s board.

The ultimate selection of Brisbane, then, had felt all but assured since February, when the committee revealed the city was its “preferred partner,” thus initiating discussions about final details. The vote carried out by the I.O.C.’s membership on Wednesday was seen largely as a formality.

Despite its supposed benefits, the I.O.C.’s new approach has raised some concerns. By selecting a host city in committees behind closed doors, the organization has opened itself to questions about conflicts of interest and a lack of transparency in the process.

For example, John Coates, the current president of the Australian Olympic Committee, is also an I.O.C. vice president and a close ally of Bach. The I.O.C. has insisted that Coates, and anyone else who could have a conflict of interest, was not involved in the recommendation process.

Cities in Germany, Qatar and Hungary, among others, also submitted bids for 2032. As part of the new process, these cities can talk with the I.O.C. about potentially hosting an Olympics in the future.