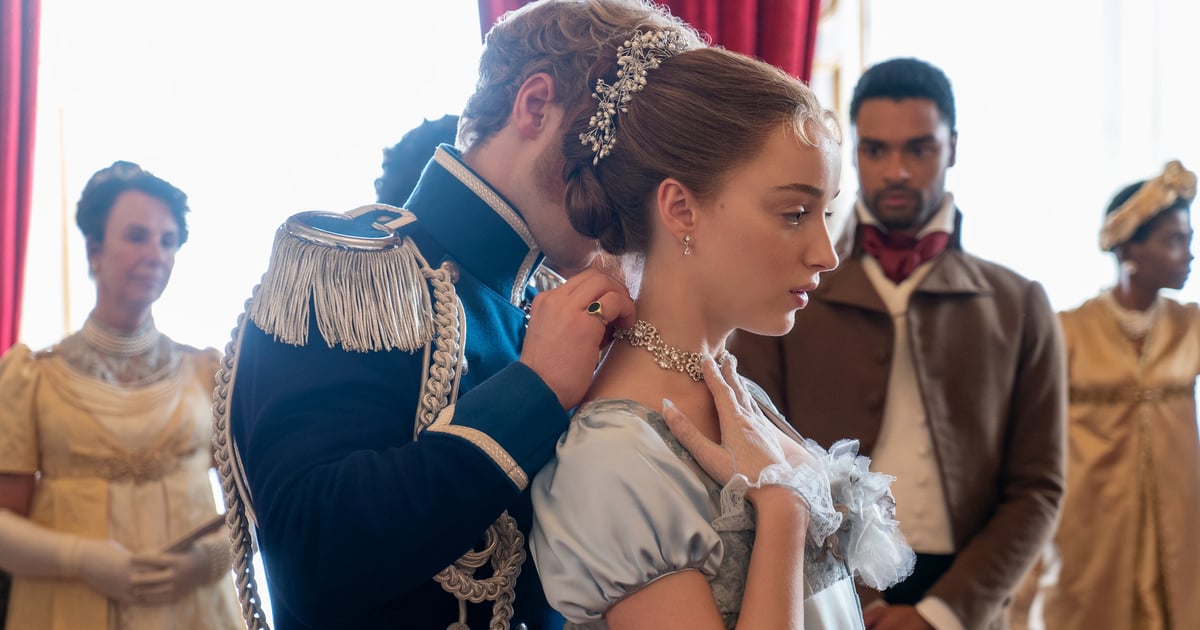 Celeb-favorite shoe company Malone Souliers (you’ve seen the brand’s groovy-looking mules on the likes of Mindy Kaling and Jennifer Lawrence) has announced a partnership with Shondaland’s Bridgerton! Following in the footsteps of a nap dress collab from Hill House Home, also inspired by the hit TV show, this should come as no surprise. Bridgerton’s season two will be streamed on Netflix before you know it, after all, and to hype us up, the fashion world is echoing the Regencycore aesthetic everywhere you look.

Malone Souliers shoes, which are made in Italy and crafted with the environment in mind, are already known for glitzy metallic details and swoon-worthy shapes, but the label has promised 15 new silhouettes with “intricate jacquards, shimmering satins, dramatic feathered plumes and ball-worthy embellishments,” entirely based on looks from the series and available for all genders.

“I’m a huge fan of Bridgerton,” Malone Souliers creative director and founder Mary Alice Malone said in the press release. “It revisits the past with a sense of revolution and joy, which is exactly how I approach shoemaking. This partnership has been fascinating from a design perspective, allowing us to embrace the pomp and unabashed splendour of Regency fashion.”

While we still don’t have images of the collection just yet, we know it will be here next spring. Take a peek at the teasers, courtesy of Malone Souliers, in the meantime.