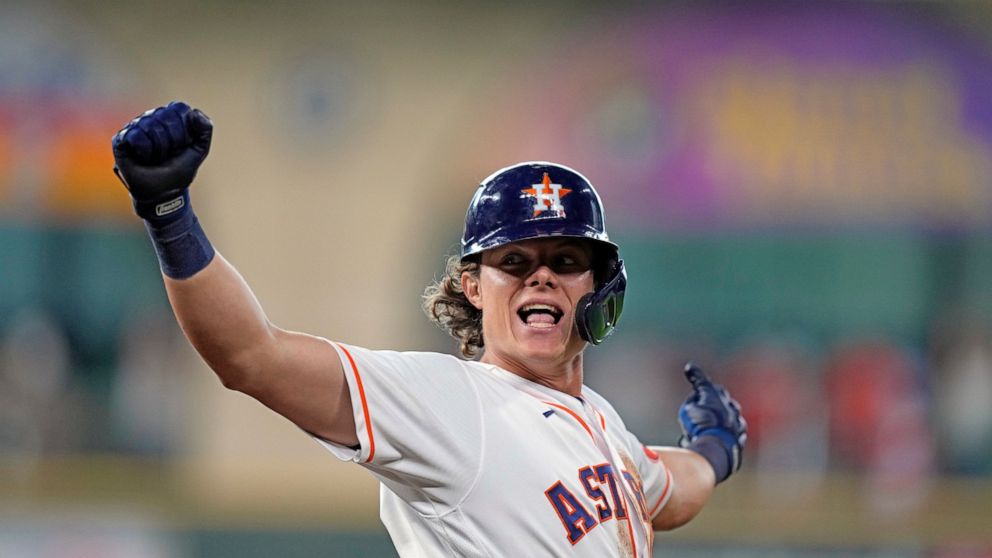 Alex Bregman had two hits and an RBI in his first action in more than two months, and he scored the winning run in the 10th inning on a groundout by Jake Meyers to lift the Houston Astros to a 6-5 win over the Kansas City Royals

HOUSTON — Alex Bregman had two hits and an RBI in his first action in more than two months, and he scored the winning run in the 10th inning on a groundout by Jake Meyers to lift the Houston Astros to a 6-5 win over the Kansas City Royals on Wednesday.

Kyle Tucker singled with no outs in the 10th to send automatic runner Bregman to third. Meyers then hit a comebacker that struck pitcher Joel Payamps (0-3) and pulled him toward first base. Payamps tossed the ball to first for the meaningless out as Bregman slid home.

Manager Dusty Baker is glad to see his team getting back to full strength with Bregman and Tucker, who returned Tuesday night after spending 10 days on the COVID-19 injured list.

“We’re starting to get whole again,” Baker said. “It was great to have both my guys back.”

Houston won two of three in this series after dropping three of four to the Royals last week in Kansas City.

“We’ve been on the verge of rolling for a while,” Baker said. “Hopefully this is the beginning of the roll. It starts with one.”

Kendall Graveman (5-0) struck out one in a scoreless 10th.

Whit Merrifield hit a grand slam with two outs in the seventh to put the Royals up 5-3.

Meyers singled in the bottom of the inning and scored on a two-out single by Aledmys Díaz. Pinch-hitter Michael Brantley’s RBI single with two outs in the eighth inning tied it at 5.

“When you have an opportunity to put it away in the last third of the game, we’ve been pretty good about figuring out how to do that,” Royals manager Mike Matheny said. “We needed some guys to throw in some spots that maybe they haven’t thrown in before. Unfortunately, just got us into a (bad) spot.”

Salvador Perez extended his career high with his 34th homer in the fourth inning for the Royals.

“We felt like it was a must-win game for us today,” Maldonado said.

Bregman, who had been sidelined since June 16 with a strained left quadriceps, singled in the fourth and had an RBI double in the sixth that made it 3-1.

The Astros had runners at first and second with two outs in the ninth, but Scott Barlow retired Bregman on a groundout.

Houston’s Lance McCullers Jr. permitted five hits and four runs with seven strikeouts in 6 2/3 innings. He departed after consecutive walks to load the bases in the seventh, and Merrifield sent reliever Cristian Javier’s first pitch over the wall in left-center for Kansas City’s second grand slam this season.

Baker felt like the grand slam was on him for leaving McCullers in too long.

“That was a tough game to swallow,” he said. “I was just praying that the boys bailed me out because I was feeling terrible.”

Royals: 1B Carlos Santana was out of the lineup for a second straight game after injuring his hip running to first base in the ninth inning on Monday night. Santana has a grade 1 hip flexor strain and is listed as day to day.

Astros: RHP José Urquidy (right shoulder discomfort) threw four innings in a rehabilitation start for Triple-A Sugar Land on Tuesday night and Baker said he will be evaluated to see if he needs another minor league outing. … INF Jacob Wilson was optioned to Sugar Land to make room for Bregman on the roster.

Alvarez is batting .301 with seven doubles, seven homers and 19 RBIs in 21 games this month.

Astros: Houston is off Thursday before opening a nine-game trip with the first of three games against Texas on Friday night. Jake Odorizzi (6-6, 4.52) will start for the Astros against Spencer Howard (0-3, 6.56).