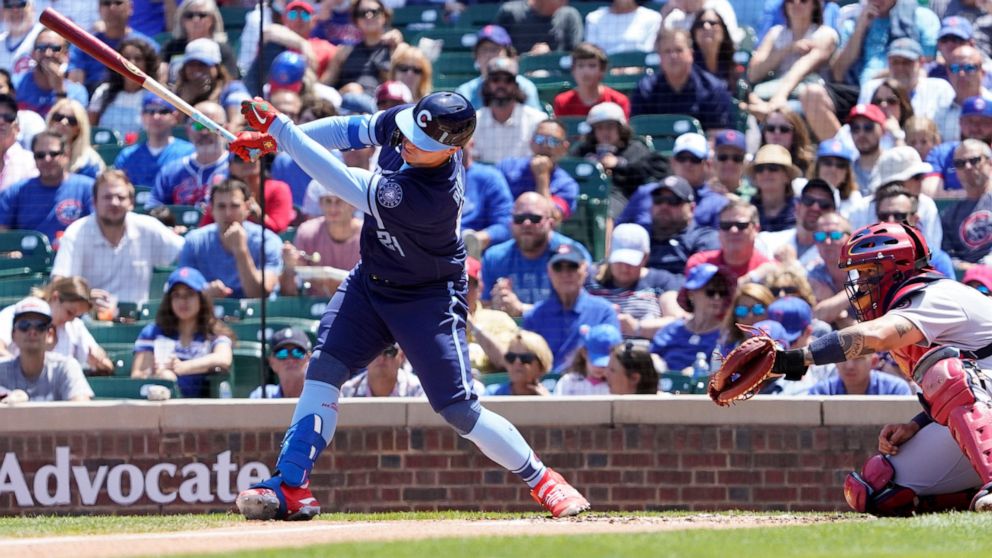 The Atlanta Braves have acquired Joc Pederson in a trade with the Chicago Cubs, bolstering their outfield after losing Ronald Acuña Jr. to a season-ending knee injury

CHICAGO — The Atlanta Braves acquired Joc Pederson in a trade with the Chicago Cubs on Thursday, bolstering their outfield after losing Ronald Acuña Jr. to a season-ending knee injury.

Atlanta sent minor league first baseman Bryce Ball to Chicago for Pederson, who is batting .230 with 11 homers and 39 RBIs in 73 games. The 29-year-old Pederson spent his first seven seasons with the Los Angeles Dodgers before signing with the Cubs in free agency in February.

The Braves are looking to return to the playoffs, but their pursuit of a fourth straight NL East title took a hit when Acuña tore the ACL in his right knee during Saturday’s 5-4 victory over Miami.

Atlanta hit the All-Star break in third in the division, four games back of the first-place New York Mets.

Pederson could be in the lineup when the Braves return to the field Friday night against Tampa Bay.