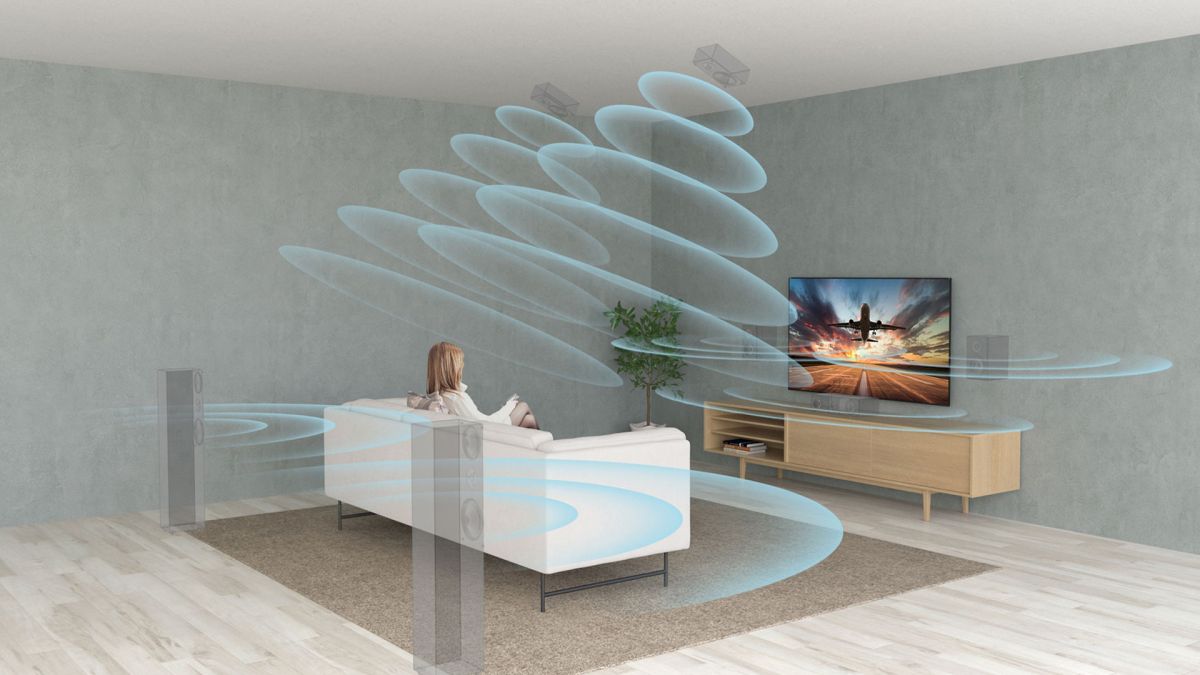 Imagine if your smart TV was so smart it saw the world as you do. That’s what Sony’s Bravia XR TVs do.

Sony Bravia XR is the world’s first range of TVs featuring Cognitive Intelligence technology, which goes beyond artificial intelligence to bring you the most vivid visuals and stunning soundtracks you’ve ever experienced.

Every Bravia XR features Sony’s new Cognitive Processor XR. It works in the same way our brains do, detecting the main focal point in every scene and enhancing the detail so that it stands out from everything else.

With the Cognitive Processor XR, the Bravia XR does it in an incredibly realistic way with the same sense of depth you experience when you look at real-world objects with your own eyes. That’s because while many TVs claim to be smart, the Bravia XR really is.

Smarter than other smart TVs

If you’ve ever encountered odd colouring, weird visual flaws or overly aggressive edge enhancement on your smart TV, you’ve seen the evidence that many image processors are fairly blunt instruments. That’s because of two things.

First of all, they’re comparing what’s on-screen to a database of images in the hope they’ve seen something similar before. And secondly, they’re designed to do one thing at a time, so when they’re adjusting the contrast they aren’t also considering the colour or detail.

That matters, because adjusting one element can have a knock-on effect on everything else. By concentrating on individual elements in isolation, they’re not seeing the bigger picture.

The Bravia XR does things differently. Its Cognitive Processor XR works just like your eyes and brain do: it adjusts individual elements simultaneously in harmony with each other to deliver exceptionally accurate and lifelike visuals.

By analysing several hundred thousand elements every second, the Cognitive Processor XR delivers the most incredible visuals you’ve ever seen – and because it uses cognitive intelligence rather than just flipping through a collection of images, it delivers exceptional upscaling from any video source.

Sound that you feel as well as hear

Your Bravia XR uses advanced sound processing to identify where on the screen the audio should come from and position it perfectly, and with 5.1.2-channel surround sound, they create a thrilling 3D soundscape that’s as realistic and involving as the on-screen images.

Just like the visuals, the cognitive intelligence of the Cognitive Processor XR delivers amazing upscaling for audio. Its ability to upscale from stereo to surround sound is particularly impressive.

Unleash the power of IMAX in your home

Every Bravia XR comes with Bravia CORE, which brings you unlimited streaming of new and classic blockbuster movies in up to 4K HDR.

The quality is spectacular thanks to Pure Stream, which streams lossless 4K UHD picture quality at up to 80Mbps, and IMAX Digital Media Remastering Technology, which has been optimised specifically for Bravia XR.

Selected titles even include expanded aspect ratios for next-level immersion, and no matter what you’re watching, the immersive, heart-pounding DTS soundtrack will bring the full cinema experience to your home.