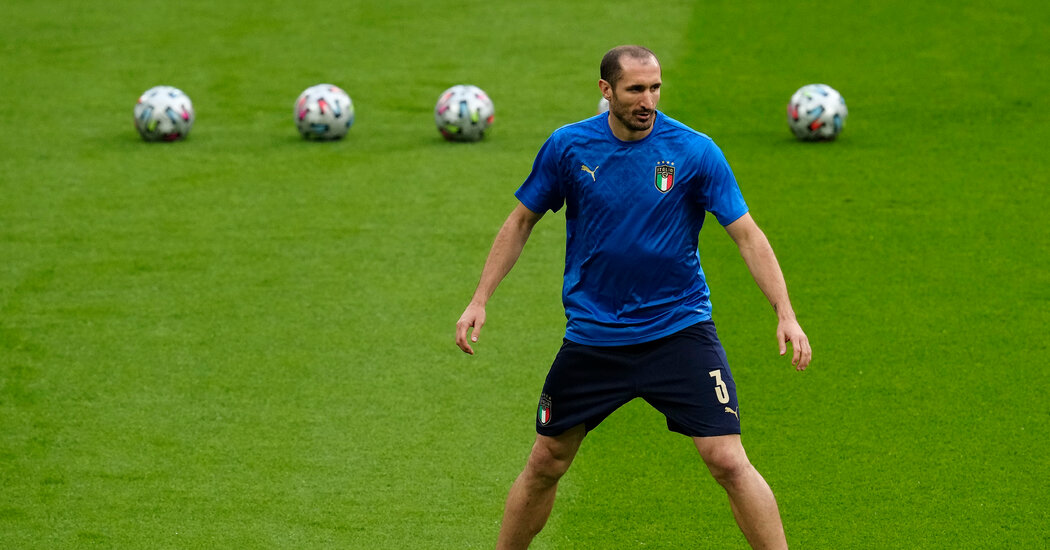 It should not surprise anyone that Italy has been one of the toughest teams to score against in the tournament: The Italians often are, and they have conceded only two goals in their five games this summer, and only one from the run of play. (Only England, which has yet to surrender a goal, has been better.)

Much of the credit for that — as has been the case for the past decade — will go to the veteran center backs Giorgio Chiellini, 36, and Leonardo Bonucci, 34. And Italy’s coach, Roberto Mancini, will be relying on them again on Tuesday against Spain.

“It’s been a number of years now that it’s been said that they’re the best center back pairing in world soccer,” Mancini told reporters on Monday. “Their strength is that they want to prove that that is still the case.”

Club teammates at Juventus for much of that time, Chiellini and Bonucci say their familiarity is only part of their formula for success.

“Clearly when we are playing alongside one another we know each other’s game inside out and so things come very naturally to us,” Bonucci said. “So naturally you don’t have to necessarily think about all the other things you have to when you play with someone other than Giorgio, it all comes very naturally.”