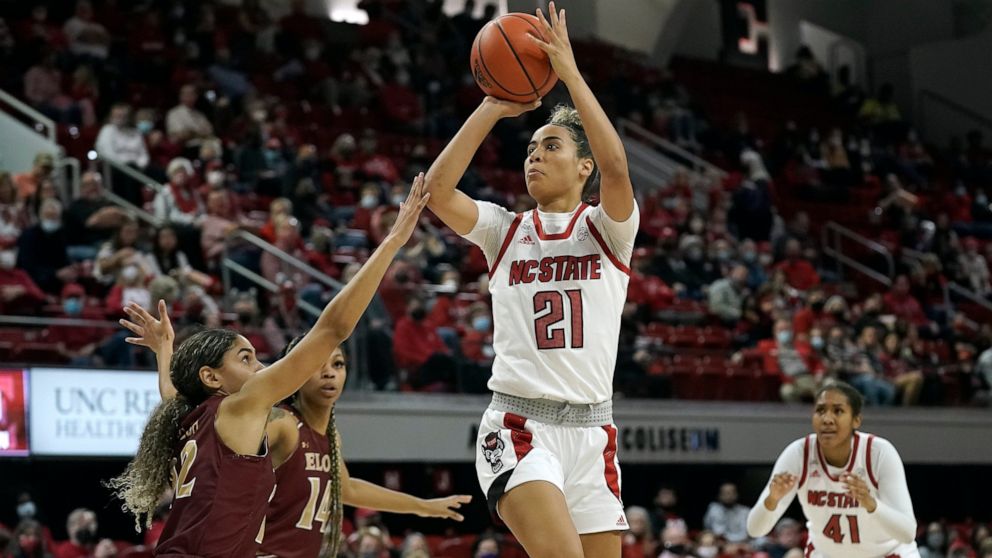 The Wolfpack (8-1) led 16-9 after one quarter despite five turnovers, then started the second period with an 8-0 spurt to break away. The Phoenix (5-2) never cut the deficit to single digits after that.

N.C. State shot 51% from the field and hit nine 3-pointers, two off of a season high.

Kayla Liles led the Phoenix with 12 points, while Elon was held to just 27.8% shooting overall.

Elon: The Phoenix’s two defeats this season have come against what are currently the top two teams in the country — No. 1 South Carolina on Nov. 26 and the Wolfpack. Elon lost by 41 points to the Gamecocks but has impressed elsewhere in its non-conference schedule, winning five games by an average of 14.2 points.

N.C. State: Following a loss to South Carolina to open the year, the Wolfpack have beaten then-No. 2 Maryland on Nov. 25 and No. 6 Indiana on the road last Thursday.

Elon: The Phoenix have a week off before facing Davidson on Sunday.

N.C. State: The Wolfpack will open conference play at Pitt on Friday.