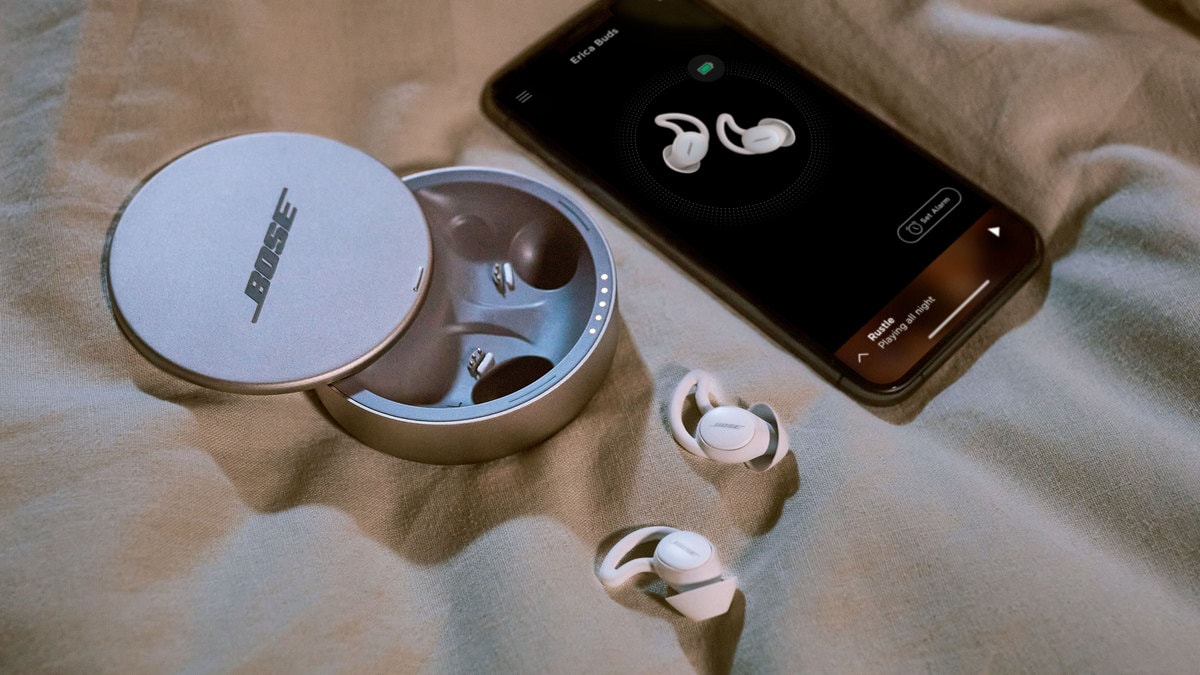 Bose Sleepbuds II true wireless stereo (TWS) earbuds have been launched in India. They were originally launched in the US and other regions back in September last year and have now made their way to the Indian market. Bose Sleepbuds II are offered in a single colour option and have a wingtip-style design. Bose conducted sleep studies to test the merits of the Sleepbuds II which showed that all participants believed snoring and urban noise were blocked by the earbuds and 76 percent felt it was easier to stay asleep with them on.

Bose Sleepbuds II are priced at Rs. 22,900 and they come in a single off-white colour option. They are available for purchase via Amazon, Bose stores, Croma, Flipkart, Reliance Digital, Tata CLiQ, and Vijay Sales.

Bose Sleepbuds II are made of plastic and have silicone tips. The charging case is made from aluminium. The TWS earbuds can last up to 10 hours on a single charge, and it takes about six hours to charge them completely. The charging case takes three hours to charge completely and can provide 30 additional hours of battery life. Bose Sleepbuds II come with IPX4 rating for water resistance. They feature Bluetooth v5 for connecting to Android and iOS devices to use the Bose Sleep app.

The Bose Sleep app lets you choose from a selection of 14 noise-masking tracks. It comes with 15 Naturescapes and 10 Tranquilities tracks for relaxing sounds while you sleep. You can also store up to 10 files from the Sleep App’s library right on the earbuds. The Bose Sleepbuds II cannot play your regular music or take phone calls as they are only designed to offer better sleep. However, they can be used to set alarms, change volume, etc. They offer passive noise blocking as well.

They come with anti-friction coating covers that prevent squeaking sounds when brushing against fabric. The new etched antenna provides a more reliable Bluetooth connection with devices.

Army of the Dead 2 Confirmed for Netflix With Zack Snyder, but Not After Until Rebel Moon