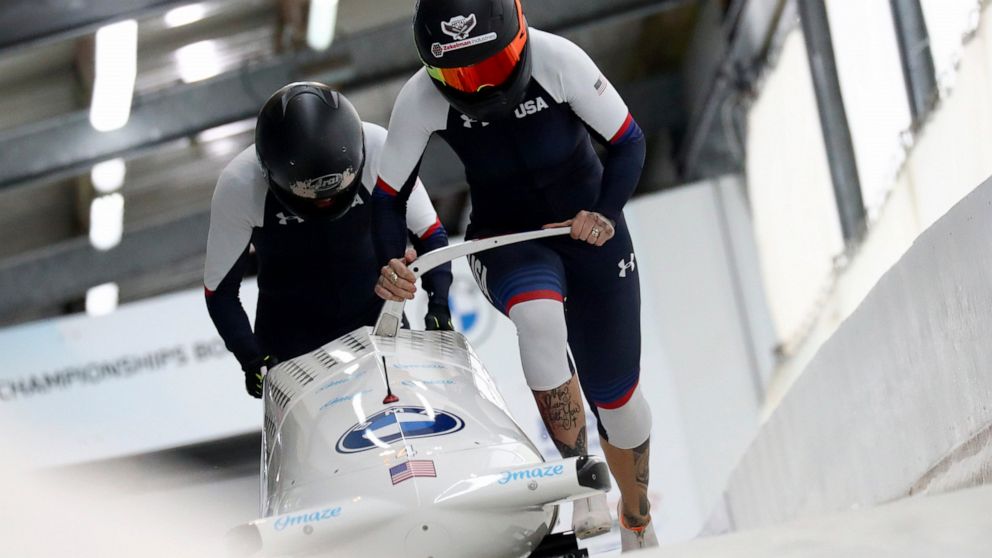 Kaillie Humphries, the reigning women’s bobsled world champion, is in serious jeopardy of not being able to compete at this winter’s Beijing Olympics and has asked the International Olympic Committee to allow her to compete in the games without a U.S. passport.

Humphries has competed for the U.S. in the past two seasons but does not yet have American citizenship — typically a requirement to represent the country at the Olympics. She has been advised by numerous governmental agencies that she likely will not receive a U.S. passport until 2023, a process that has been complicated and delayed in part by her contentious split with the Canadian national team.

Humphries, who turns 36 next month, would presumably be the gold-medal favorite in both women’s events at Beijing — the traditional two-woman event and the newly added monobob event in which the driver is the only occupant of the sled.

And time is running out to find a solution, which likely only the IOC can provide at this point.

“This is the one decision in my life that has nothing to do with me,” Humphries told The Associated Press. “It doesn’t matter how hard I wish or want it. It doesn’t matter how hard I work. It’s not up to me, on whether I get citizenship in time or whether I get a special exemption or whether other people deem it appropriate for me to be at the games for Team USA. That’s a hard pill to swallow, especially with how much the Olympics means and represents.”

Humphries’ appeal to the IOC centers around Rule 41 of the Olympic Charter, which states that any competitor in the games must have citizenship — but also notes that the IOC Executive Board can intervene in certain cases “with regard to issues resulting from nationality.”

The IOC did not immediately respond to a request for comment. USA Bobsled and Skeleton and the U.S. Olympic and Paralympic Committee are also trying to find solutions that will allow Humphries to compete in Beijing, and Humphries said the International Bobsled and Skeleton Federation — the sport’s global governing body — is supportive of her quest.

Humphries is still a Canadian citizen, but lives in San Diego, holds a green card and is married to an American. She won the right to slide for the U.S. in September 2019 after a lengthy and ongoing dispute with Canadian bobsled officials over claims of verbal abuse, mental abuse and harassment.

Humphries, a two-time Olympic gold medalist and three-time medalist overall for Canada, would not be able to slide for that country at the Beijing Games for many reasons, foremost among them a court-ordered second investigation into her claims against the bobsled federation there after it was found the first investigation was insufficient in some areas.

She also could have sought a passport from another country, which is not an uncommon practice.

“I don’t want that,” Humphries said. “I live here. My life is here. I want to represent the country I love. And right now, I am in limbo.”

Humphries will be named to the U.S. national team in September, a formality after she and Lolo Jones won the world championship last winter. Humphries followed that up with a win in the first world monobob championship, her third world title in two seasons with the American team. Competing on the World Cup circuit for the U.S. without finalized citizenship has not been an issue, but the rules differ for the Olympics.

Her status as the dominant driver in the world right now isn’t in dispute: She has won a medal in 25 of her last 36 World Cup starts and leads all active women’s pilots with 27 World Cup wins.

“With Kaillie, the results speak for themselves,” U.S. coach Mike Kohn said. “And those results say a lot.”

Humphries left the Canadian team, she said, to seek a safer work environment. Joining the U.S. team was not an easy decision for her, especially since she knew it did not come with a guarantee of being able to slide for the Americans at the Beijing Games — but was still a decision she said that she determined necessary for her own mental and physical safety.

Not being able to compete at these Olympics, Humphries told the IOC, would mean that she would again “being a victim of abusive processes” of the Canadian program and the time it took for her to be released from that team. It would also mean that the best women’s bobsledder in the world and one of the most decorated in the sport’s history would not be at the games, all stemming from how she said she no longer felt safe being part of the Canadian program and decided to compete for the U.S.

“I’m confident in what can happen if I can get there,” Humphries said. “What I want is the opportunity to showcase what I can do, what this team has done and to set an example of what can be overcome.”