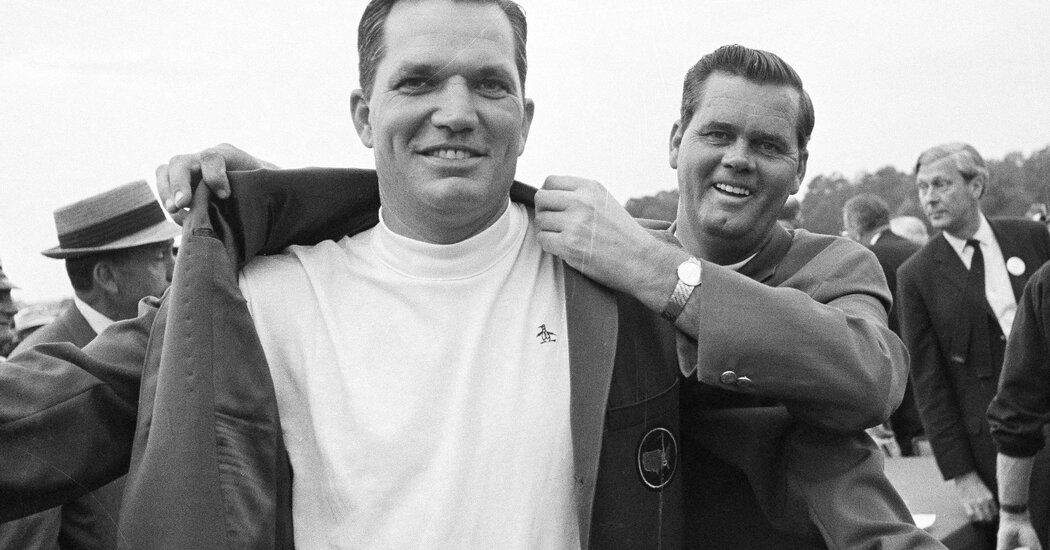 “The guy you have to feel sorriest for is Goalby,” the tour golfer Frank Beard was quoted as saying by Sports Illustrated in the weeks after the Masters. “A man gets few chances in his career to win a big one. But to win one and have it tainted like this is terrible. It wasn’t as if Roberto didn’t know the rules.”

For Goalby, the taint never faded.

“I’ve always felt like a victim, as much or more than Roberto,” he told The Los Angeles Times in 1989. “None of the problems with scorecards were my fault. But I have forever been singled out as the guy who won the Masters because of some damn clerical mistake. I don’t think I ever got credit for what I did that week.”

Robert George Goalby was born on March 14, 1929, in Belleville, near St. Louis, the son of a coal miner. He was a star quarterback in high school and worked as a caddy. He won several Midwestern golf tournaments as an amateur, attended the University of Illinois, then served in the Army.

“I learned to play golf by mimicking the swings of those I caddied for,” Goalby told The Missouri Golf Post in 2016. “Very few of my buddies played golf because it was so expensive, but we all played football, baseball and basketball. I only got serious about golf after I got out of the Army and was sort of at loose ends.”

Goalby struggled with his tendency to hook the ball, and he showed a temper that sometimes left him talking to himself on the fairways. But he was among the leading golfers of the 1960s. He tied Doug Sanders for second place at the 1961 United States Open, one stroke behind Gene Littler, and he was second at the 1962 PGA Championship, one shot behind Gary Player.

He set a PGA Tour record for consecutive birdies in a tournament with eight at the 1961 St. Petersburg Open in Florida, a mark equaled by several others and eclipsed by Mark Calcavecchia’s nine at the 2009 Canadian Open. He played in the 1963 Ryder Cup.

Goalby was a leader of the touring pros’ rebellion of 1966-68 against the Professional Golfers’ Association of America, the national organizing body at the time not only for the tournament players but also for the numerous “golf pros” who ran pro shops and gave lessons.