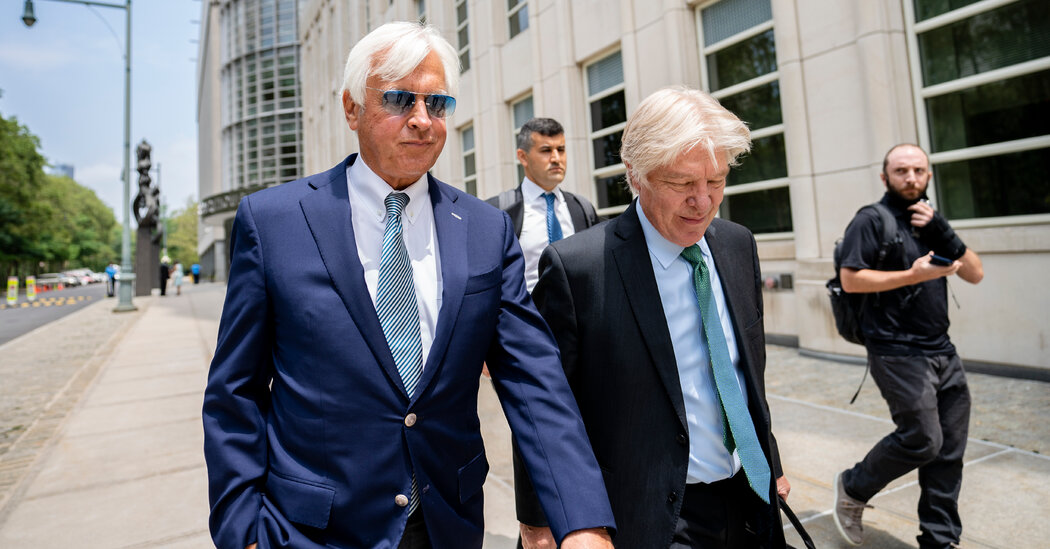 A federal judge on Wednesday said the horse trainer Bob Baffert could race in New York State, nullifying a suspension by the New York Racing Association.

In her written ruling, Judge Carol Bagley Amon of the United States District Court for the Eastern District of New York said Baffert had not been offered the opportunity to respond to claims made against him after Medina Spirit, the winner of the Kentucky Derby, failed a post-race drug test at the track, Churchill Downs.

Amon said that a prompt post-suspension hearing, where Baffert could have rebutted any claims against him, was needed to adhere to the Constitution. But she said the racing association “had held no hearing — let alone a prompt one.”

The racing association barred Baffert from its tracks — Belmont Park, Aqueduct and Saratoga — on May 17, a little more than two weeks after the Derby. After Medina Spirit’s second drug test from the Derby came back positive on June 2, Churchill Downs suspended Baffert for two years, including for the Derby in 2022 and 2023.

David O’Rourke, the president and chief executive of the New York association, said Judge Amon did uphold its authority to “exclude individuals from its racetracks whose conduct is contrary to the best interests of thoroughbred racing” and said that this was not the end of its efforts to hold Baffert accountable.

“NYRA is reviewing the court’s decision today to determine our legal options and next steps,” O’Rourke said in a statement. “What is clear, however, is that Mr. Baffert’s actions and behavior can either elevate or damage the sport. We expect Mr. Baffert to exert appropriate controls over his operation.”

At least five of Baffert’s horses have failed drug tests in a little over a year, and he has had 30 failed tests in his career.

Still, a possible disqualification is months away and destined to be tied up in the courts for years. First, Kentucky racing officials will conduct a hearing and issue a ruling. If they disqualify Medina Spirit and either suspend or fine Baffert, he could appeal to the full state commission. If the unfavorable ruling is still not overturned, he could pursue a remedy in civil court.

In 1968, the Derby victory by Dancer’s Image was rescinded after a drug test showed the presence of a banned anti-inflammatory. It took four years before the horse was irrevocably disqualified.

The fallout from Medina Spirit’s failed test and from the legal squabbling appears to be hindering Baffert’s business. One of his more loyal stables, Spendthrift Farm, moved six of its horses from Baffert’s barn. Last year, he trained the farm’s colt Authentic to a Derby victory.

In written arguments, Baffert said five other owners were considering leaving him if he was banned from entering horses in New York races.