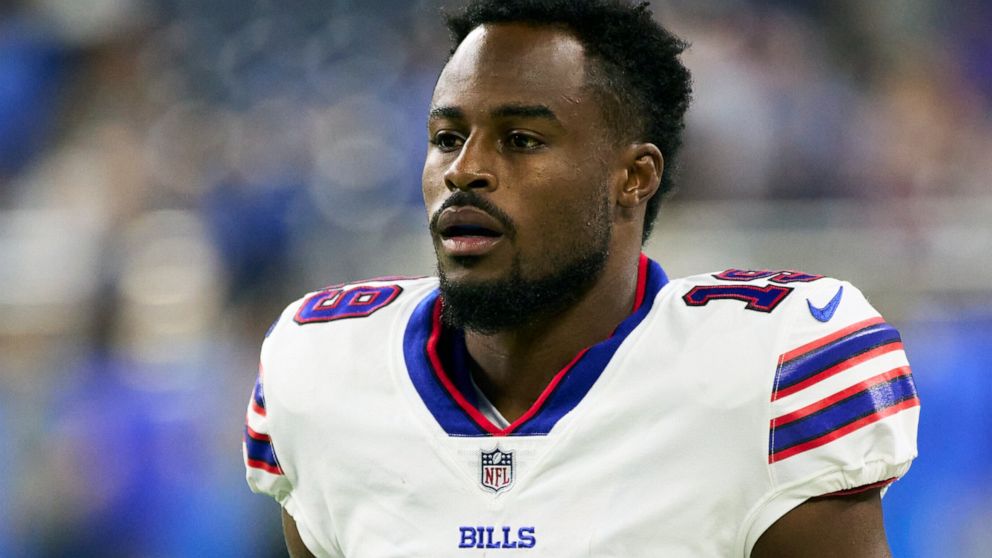 ORCHARD PARK, N.Y. — Frustrated as Sean McDermott has grown over the number of unvaccinated players on Buffalo’s roster, the Bills coach acknowledged there’s little more he can do to influence them to get the shot.

“It’s tough. It’s frustrating. It’s challenging, however you want to say it. But I can’t make the decision for them,” McDermott said before practice on Thursday.

His comments came in the wake of receiver Isaiah McKenzie revealing he faces NFL discipline for violating the league’s COVID-19 protocols for unvaccinated players by failing to wear a mask inside the team’s facility.

And it marked McDermott’s first opportunity to speak since the team placed four unvaccinated players into five-day self-isolation on Tuesday after being in contact with a vaccinated trainer who tested positive for COVID-19.

Receivers Cole Beasley and Gabriel Davis, and defensive tackles Star Lotulelei and Vernon Butler were all placed in the NFL’s five-day cadence and it’s unclear as to whether they will be able to play Saturday, when the Bills close their preseason schedule hosting Green Bay.

McKenzie posted his note on social media Thursday. He was sidelined on Wednesday and wore his left arm in a sling after being hurt in practice a day earlier.

McKenzie wrote: “They got me! @NFL you win!” in a social media post in which he included a copy of the first page of a letter he received from the league informing him of the violation. It was McKenzie’s second violation; the league issued him a warning on July 27, a day before the Bills opened training camp.

McKenzie’s post led to several Bills players weighing on social media, with Beasley revealing he was also fined by the NFL for not wearing a mask.

Beasley has been a longtime opponent of vaccinations and has repeatedly complained about the NFL and NFLPA’s COVID-19 protocol by questioning why unvaccinated players get tested daily, while vaccinated players are tested once every 14 days.

The NFL said that 120 players have received warning letters, with 25 players each fined for mask or tracking device violations.

Under league rules, the first offense for violating the protocols will result in a fine of $14,650. Repeat violations could result in a player being suspended or fined a week’s salary.

The NFL wrote that McKenzie twice failed to wear a mask on Wednesday. The first violation came while he walked through the team’s fieldhouse to the trainer’s room, and the second was later in the day while he was in a meeting area of the weight room near other players.

The league also noted his violation came shortly after NFL staff made a presentation reminding players of the mask-wearing requirements and that penalties may result to players who fail to do so.

“For players who are not fully vaccinated against COVID-19, like you, your conduct is expressly prohibited by the protocols,” the NFL wrote. “Again, your conduct potentially compromised not only your safety, but the safety of others, as well as the league’s ability to ensure that your club’s training camp is conducted in a safe manner.”

Aside from player safety, McDermott noted the team faces a potential competitive disadvantage should this have happened in the regular season.

“There’s people’s livelihoods at stake in terms of people’s jobs,” he added. “Being able to count on people is important, so when you’re going through a week — if this were a real week — and having the players out that we’ve had, that makes it harder to win games that way.”

Beasley and Davis are projected to be among Buffalo’s top four receivers, while Lotulelei is pegged to regain his starting job as the Bills’ top run-stuffer after he opted out from playing last season because of COVID-19 reasons.

The Bills are considered to be at the lower end of the NFL scale in having about 80% of their players vaccinated.

NOTES: McDermott announced Josh Allen will make his preseason debut by starting against the Packers on Saturday. He wouldn’t reveal how much playing time the fourth-year starter would get. … Without going into detail, he said other starters will also see some playing time ranging from a few snaps to playing into the start of the third quarter. … McDermott said McKenzie is expected to miss at least a week with a shoulder injury.